Paper, which can be seen everywhere in life, is ushering in a wave of price increases

Zhongxin Finance, March 27 (Reporter Xie Yiguan) Paper, which can be seen everywhere in life, is ushering in a wave of "price increases". With the intensive announcement of price increases by major paper companies, "Luoyang paper is expensive" will make a comeback? paper. Photo by China News Service reporter Xie Yiguan Paper companies have announced price hikes   "The purchase price of paper 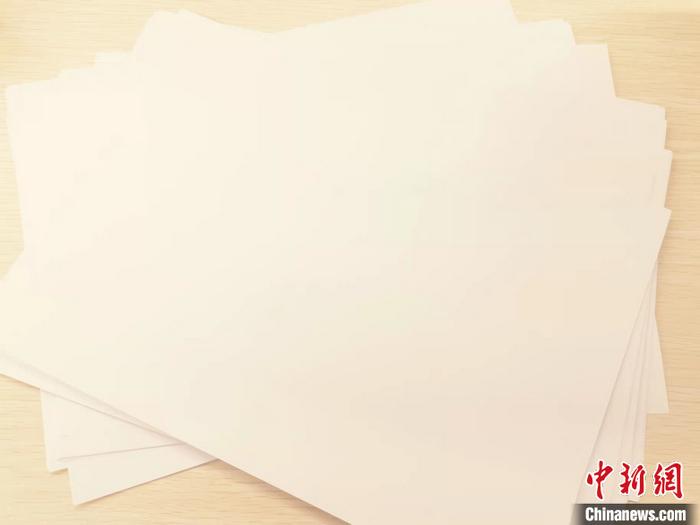 Zhongxin Finance, March 27 (Reporter Xie Yiguan) Paper, which can be seen everywhere in life, is ushering in a wave of "price increases".

With the intensive announcement of price increases by major paper companies, "Luoyang paper is expensive" will make a comeback?

"The purchase price of paper in the store has been rising recently, and the price increase of different brands is different, ranging from 10% to 15%." On the 24th, a staff member of a printing shop in Xicheng District, Beijing told a reporter from Zhongxin Finance and Economics.

Cultural paper is a common type of paper in print shops.

For example, Chenming Paper recently announced that the price of Chenming cultural paper series products will be increased by 300 yuan / ton.

In addition to cultural paper, the price of household paper is also rising.

According to media reports, on March 15, the shipping price of Sun Paper's tissue base paper increased by 300 yuan/ton, and the cumulative increase in the past one month has reached 500 yuan/ton.

In addition, with the recent announcement of price increases by paper mills such as Nine Dragons, Shanying, and Lee & Man, corrugated paper and containerboard paper have also ushered in price increases.

A reporter from China-News Finance and Economics noticed that this wave of price hikes by paper companies is not limited to China.

In Europe, multinational hygiene and forestry company SCA (SCA) said it would raise the price of white and brown kraft paper by 100 euros per ton from April 1.

Data map: A paper mill worker is in production.

Why is there a "price surge" for paper products?

This wave of paper price hikes involves various types of paper, such as cultural paper, cardboard, and household paper. Why are the prices of multiple paper types increasing collectively?

"The biggest driving factor for the price increase of downstream products of wood pulp is that the price of upstream wood pulp continues to be high." Yin Ting, an analyst at Zhuochuang Information, told Zhongxin Finance and Economics that although energy prices are an influencing factor, recent monitoring has See, the impact of energy price increases on the market is not particularly large, and the cost increases are mainly concentrated in pulp.

"The Chinese market is highly dependent on the import of pulp, and the dependence on the import of wood pulp is more than 60%. In particular, softwood pulp is basically imported." Yin Ting said that the maintenance of some foreign pulp mills will affect the supply. , transmitted to the country, it will lead to pulp prices rising.

Shenyin & Wanguo Securities also pointed out that pulp prices continued to perform strongly, mainly due to the contraction in the supply side.

On the one hand, Canada is affected by extreme weather and strikes, and road and rail transportation is blocked, and shipments decline; on the other hand, UPM workers in Finland started to strike on January 1, and are currently expected to strike until April 2.

In addition, the price of domestic wood pulp to Hong Kong is lower than the two major demand areas of Europe and the United States, and Brazil has reduced its export volume of hardwood pulp to China.

According to the monitoring of the National Bureau of Statistics, in the first ten days of March, the price of pulp (imported softwood pulp) in the national circulation field was 7,009.8 yuan, compared with 6,111.6 yuan in early January, an increase of 14.7% in the two months.

Data map: A worker from a paper company checks the quality of the toilet paper production line.

How will the paper price go in the future?

The letter of price increase from major paper companies flew like snowflakes, and people began to worry that the price of paper products would go higher and higher in the future.

In this regard, Yin Ting said, "The

prices of cultural paper and household paper may still be firm

. There is demand for cultural paper in the short term, and it may rise in a narrow range in April, but it will be difficult for the price of household paper to rise again. Channels like some supermarkets will have various promotions, and if the price of finished products cannot be raised, it will have certain constraints on the price increase of base paper.”

Supermarket paper towels are often engaged in activities, and the price has not increased significantly

." A resident of Fengtai District, Beijing also told a reporter from Zhongxin Finance, "Like a bag of paper rolls from a certain brand that I bought before, the promotion was selling for more than 19 yuan at that time. , and now it has risen to 32 yuan, but the price of another roll has dropped from 25 yuan to 20 yuan."

In terms of white cardboard, Huaan Securities analyst Ma Yuanfang believes that in terms of external demand, export orders are still tight, and it is expected that the export boom is expected to continue; in terms of domestic demand, it is the traditional peak season until the end of April. Considering the inventory level, it is expected that the willingness to replenish the downstream inventory will be higher than that of the domestic market. Strong domestic demand maintains steady growth; in terms of supply, the short-term ramp-up in production capacity has limited supply pressure on the market.

It is expected that the paper price of white card will be firm in the short term, and it is not ruled out that paper companies may increase slightly again.

Have you bought paper recently and have you felt the price increase?