International Online News: After three years of hard work, 2.6 billion orders from millions of caring merchants and hundreds of millions of consumers on Tmall and Taobao have become "Panda Gifts" sent by Chinese to 1 million children in 11 countries around the world ——Love packages including study, life and hygiene products.   This is the result announced by the China Foundation for Poverty All 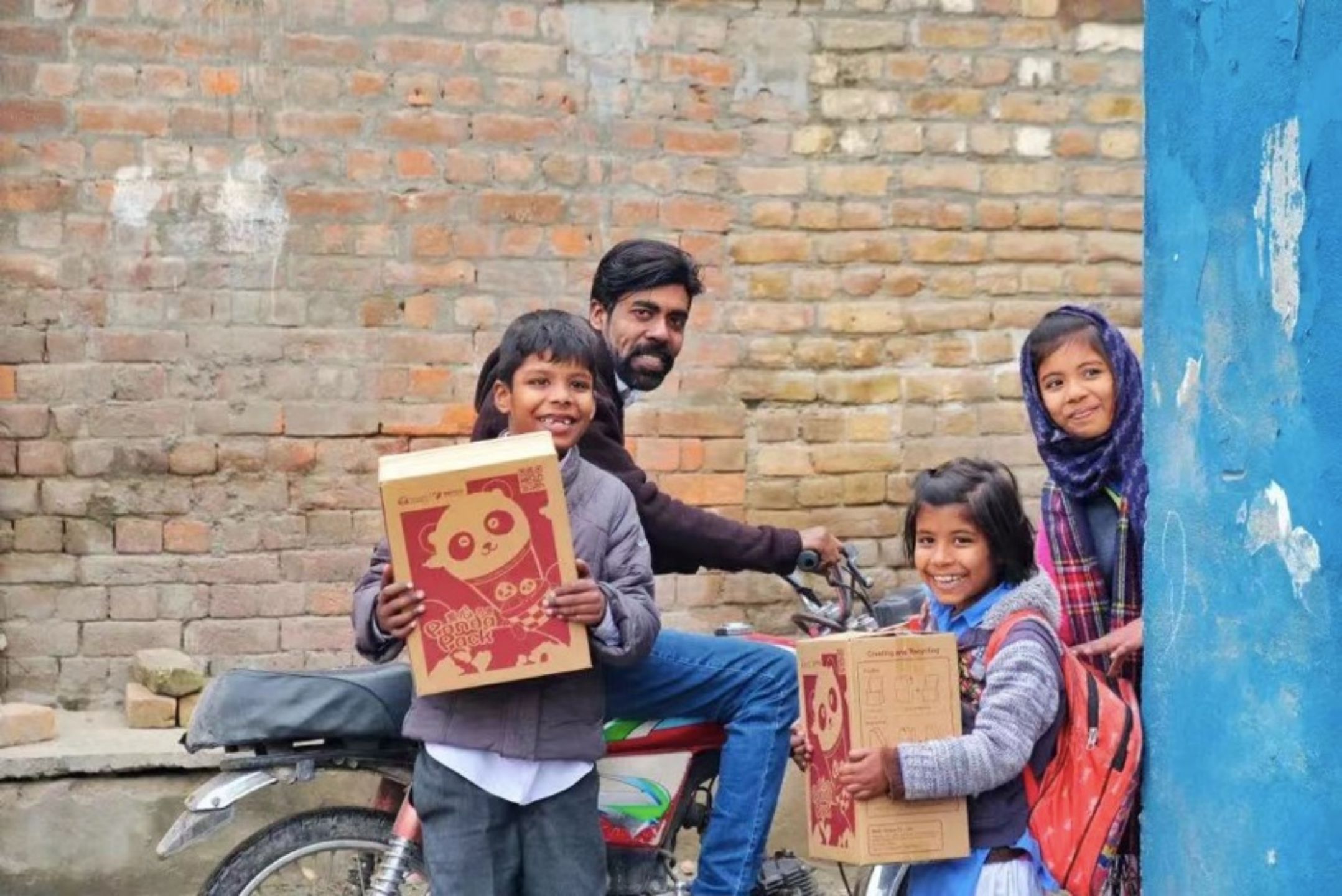 International Online News: After three years of hard work, 2.6 billion orders from millions of caring merchants and hundreds of millions of consumers on Tmall and Taobao have become "Panda Gifts" sent by Chinese to 1 million children in 11 countries around the world ——Love packages including study, life and hygiene products.

This is the result announced by the China Foundation for Poverty Alleviation at the third anniversary summary meeting of the International Love Parcel Project held on March 22.

Through Alibaba Charity Baby, consumers and merchants participated extensively, and finally, on the basis of 2.6 billion consumer orders for Charity Baby, more than 128 million yuan was raised.

According to reports, each "Panda's Gift" is worth 150 yuan, and contains a total of 102 items in three categories: study, life and hygiene, so that the beneficiary children can not only use it in the classroom, but also use the packaged items such as towels and soap. , lunch boxes, plush toys to take home.

In December 2019, Pakistani beneficiary children shared the joy of receiving packages with their families.

Charity Baby is Ali's original transaction donation charity model, which originated from the "Love Baby" in 2006.

Merchants can set the product as "Public Welfare Baby" in the background, and set the donation amount for each transaction. After consumers buy products with the "Public Welfare Baby" logo on Taobao and make a transaction, the platform will automatically follow the amount set by the seller. Such as 2 cents per order, donate to the non-profit organization and public welfare project designated by the merchant.

The organic combination of public welfare and high-frequency commercial transactions has shaped this public welfare model with strong participation and outstanding sustainability.

In order to ensure that the donation generated by each public welfare baby order is credible and transparent in actual implementation, Ali Philanthropy launched the "On-chain Public Welfare Plan" to mark donation trends through blockchain technology, so that every penny can be checked.

Children are often cherished and used effectively after receiving them, and thus have a positive impact on families, schools, and communities.

In November 2020, Laotian beneficiary children gathered near the "Panda Package" to be distributed.

Less than 200 meters from Noriko Primary School in Cambodia, is the home of 11-year-old Yibin and his grandmother.

When Yibin was not in elementary school, his parents left their hometown and have not heard from him since.

In her sixtieth year, my grandmother makes a living selling salt, chili peppers and Cambodian specialty peppers in the market every day.

Ever since he was a child, Yibin has never had a toy of his own. When he wanted to play, he would go to the houses of neighbors and friends and play with other children.

The love-wrapped mascot "Hug" became his first toy that truly belongs to him.

Lin Yuan, director of the Myanmar Office of the China Foundation for Poverty Alleviation, said: "On the land of other countries far away, a person is a window to a country; a practical and effective public welfare project is like a 'smile' that China shows to another country."

In the past three years, as the epidemic spread globally, International Love Parcel used Ali's digital capabilities to solve the problem of fundraising at the source, and followed up the implementation and implementation of donations with the "Chain Public Welfare Program".

The project party has gradually explored a relatively mature and common model for Chinese social organizations to carry out international multi-country assistance from the selection of beneficiary countries, project management, and beneficiary feedback from the beginning to the end, which will be awarded by the United Nations system in 2021. "The Best Poverty Reduction Cases of the Second Global Poverty Reduction Cases Collection".

A Namibian child opens his "panda package" in August 2019.

Wu Ziyi, representative of Sheung Shui and Muscle Brands in Alibaba's "Public Welfare Program" Love Good Store, said in her sharing: "The company has been focusing on educational assistance for many years, helping domestic children, and now it has begun to help children around the world. Over the years, in Alibaba's public welfare In the Baby Program, our customers and Sheung Shui He Ji donated 4,068,556 charitable donations together. We are very happy that the money has helped so many people in need.”

China Foundation for Poverty Alleviation and Alibaba Philanthropy will continue to update the model and upgrade the project after three years of exploration, and continue to help more children in need around the world.

According to the 2021 annual report of Ali Philanthropy, in 2021, more than 500 million netizens will purchase charitable treasures through 2.28 million merchants on Taobao and Tmall. The charitable donations generated by these consumptions have helped 2,450 charitable projects of 214 charitable organizations, which have become a platform for charitable goods in China and even in China. Real help and support for left-behind children, distressed women, lonely elderly and other groups around the world.