Chinanews Finance, March 18 (Reporter Xie Yiguan) As the world's two major exporters of agricultural products, the ongoing conflict between Russia and Ukraine has brought a "hurricane" to the international grain market and has also made people in many countries face the pressure of rising food prices. Data map. Photo by China News Agency reporter Liu Peng Prices of agricultural products such a 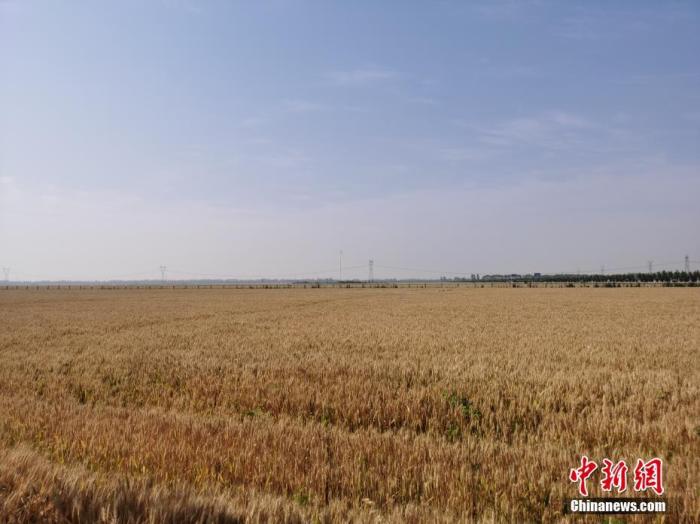 Chinanews Finance, March 18 (Reporter Xie Yiguan) As the world's two major exporters of agricultural products, the ongoing conflict between Russia and Ukraine has brought a "hurricane" to the international grain market and has also made people in many countries face the pressure of rising food prices.

Prices of agricultural products such as wheat soar

Russia and Ukraine are holding "grain bags", and the conflict between the two countries has also dropped a "bomb" on the international grain market.

On March 7, the Chicago Board of Trade wheat continuous contract rose 7% to $12.94 a bushel.

Since then, although wheat futures prices have fallen back, they remain high.

At press time on March 17, the CBOT wheat continuous contract was at $10.57 a bushel.

"Russian-Ukrainian conflict and Western sanctions against Russia have disrupted supplies from the Black Sea region, and grain prices are set to jump further." Goldman Sachs Group said recently that shipping disruptions, soaring purchase costs and concerns about the prospect of Ukraine's new season planting have made The global grain market is set to face its "worst shock" since the 1970s.

International grain prices, which have been climbing since the second half of 2020, reached an all-time high in February 2022 due to high demand, high agricultural and transportation costs, and disruptions to port operations.

Before the outbreak of the Russia-Ukraine conflict, global wheat supplies were already strained.

Data from the International Grains Council (IGC) shows that by the end of the 2021/22 season, wheat ending stocks in the EU, Russia, the United States, Canada, Ukraine, Argentina, Australia and Kazakhstan, the world's major wheat exporters, are expected to be 57 million tons, hit a nine-year low.

The "shock wave" caused by the current situation in Ukraine has already been reflected in the February FAO Cereal Price Index.

The index was up 3.0% month-on-month, and among the leading coarse grains, international corn prices rose 5.1% on continued concerns over crop conditions in South America, uncertainty over Ukrainian corn exports and rising wheat export prices.

If the conflict between Russia and Ukraine continues, it will inevitably endanger food security even more.

This is also confirmed by Qu Dongyu, Director-General of the Food and Agriculture Organization of the United Nations, "Given that the agricultural activities of these two major food commodity exporters may be interrupted, given the high and volatile international prices of food and agricultural inputs, the Seriously exacerbate global food insecurity.”

According to Qu Dongyu, about 50 countries currently rely on imports from Russia and Ukraine to ensure 30% or more of their wheat supply, most of which are least developed countries or low-income food-deficit countries in North Africa, Asia and the Near East.

For these countries, the food security situation is particularly dire.

More than 50% of the fertilizer supply in many European and Central Asian countries comes from Russia, and supply shortages are likely to extend into next year.

Abil Etfa, a senior spokesman for the World Food Program, also said recently that a series of problems with the production and export of agricultural products from Ukraine and Russia will threaten the food security of millions of people around the world, which will affect the United Kingdom and Europe. Others, especially those from the Middle East, Africa and Asia that are extremely vulnerable.

The World Food Programme has warned that 2022 will be a catastrophic year of hunger, with 44 million people teetering on the brink of famine in 38 countries.

The world begins to start the "food defense war"

To avoid a "food crisis", governments in many countries are taking measures to prioritize the supply of domestic agricultural products.

According to Bloomberg, Hungary is banning grain exports.

Argentina and Turkey, one of the world's leading exporters of grains, and Turkey, a major exporter of flour, have also taken steps to tighten controls on local products.

Moldova has also temporarily halted exports of wheat, corn and sugar from this month.

According to Reuters, Ukraine announced that it will ban the export of various agricultural products including barley, sugar and meat until the end of this year.

Some countries are buying food from international markets.

Japan's Ministry of Agriculture, Forestry and Fisheries (MAFF) is seeking to buy a total of 104,483 tonnes of food-grade wheat from the US, Canada and Australia through regular tenders, Reuters reported.

Food prices rise in many countries

Data map: On March 7, the price of 900 grams of the top-selling pasta SPAGHETTI classic packaging increased by 10% to 95.2 pesos from 88 pesos the day before.

According to foreign media reports, the chief executive of Australian canned food giant SPC, Robert Giles (Robert Giles), said that about 100 major food products in Australia are expected to be hit by up to 20% of the price increase, including baked beans and Canned pasta.

In this "crisis", developing countries may be hit the hardest.

"Soaring food and fuel prices will affect the most vulnerable in developing countries, putting pressure on the poorest households who spend most of their income on food, leading to hardship and hunger," the United Nations Conference on Trade and Development (UNCTAD) said. Secretary-General Rebecca Greenspan said.