The illegal trade of electronic cigarettes has been banned repeatedly: online cipher sales can also be easily bought by minors 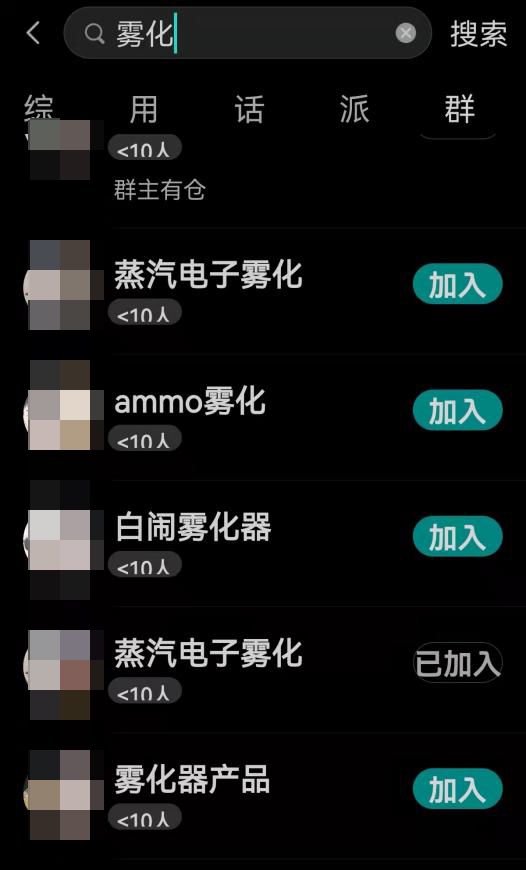 On January 18, The Paper released an exclusive report. The reporter found that there are merchants selling electronic cigarettes on major e-commerce and social platforms, and the methods are concealed, using various words or video pictures to avoid censorship.

On February 22, the Ministry of Public Security, the State Tobacco Monopoly Administration, the State Administration for Market Regulation, and the Ministry of Education jointly issued the "Special Work Plan for Cleaning and Rectifying the Sales of Electronic Cigarettes to Minors and Severely Combatting Crimes Involving Electronic Cigarettes" (hereinafter referred to as the "Plan") ), deploying special clean-up and rectification work from now until the end of April.

So, after the introduction of the new policy, have the online transactions of related e-commerce and social platforms improved?

According to the reporter's follow-up investigation, the situation is still not objective: the situation of the proliferation of electronic cigarette online transactions has not changed significantly, the platform drainage and purchase has no threshold for minors, and even organized teams are formed to encourage sales to student groups.

According to surging news reporters, searching for "electronic cigarettes" on the e-commerce platform will pop up a "green net plan" prompt, indicating that the law stipulates that tobacco monopoly products are not allowed to be sold through information networks.

However, similar keywords will not be regulated. Searching for "RELX 5th generation", "smoking cessation set", "dzy", "electronic atomization", etc., a large number of shops selling electronic cigarettes will pop up.

At the same time, in addition to soul, Hupu, Douban, and Tantan, the reporter also found traces of online sales of electronic cigarettes on Xiaohongshu and Xianyu. Many of the transaction information appeared in the comment area, and sellers would publish "squatters" Implied messages such as "click here" evade keywords and lead buyers to personal homepages.

It is worth noting that, whether it is an e-commerce or a social platform, a common feature is that the platform is a diverter, and the final transaction method is still conducted through "adding WeChat". The reporter found that on Xianyu platform, "adding WeChat" "Trade is more common.

The information left by the seller is all "selling protective cover". After the buyer inquires, they will take the initiative to request to add WeChat transaction.

Online transactions are "teamed" and "scaled", and agents are developed layer by layer

The reporter's investigation found that today's electronic cigarette transactions have shown obvious "scale". In many transaction group chats, some sellers are actively developing agents, and said that "money can be made with the touch of a finger".

A seller told The Paper that agents are mainly divided into two modes. The first is to get the goods at the purchase price, and then sell them to customers at a high price; the second is to drain traffic and expand channels for the source sellers. Do not take goods.

There are also sellers who say that they need to charge a membership fee of 200 yuan to be allowed to become an agent.

"The membership fee is not given to me, but to the person above." After paying the membership fee, you will be eligible to purchase goods. As for how much money you can earn, "all depends on your ability."

The sales materials, pictures and videos required by the agents are all provided by the superiors.

Another seller said that there is a clear underground network for e-cigarette sales, through the chairman, and then to the lower level, one layer at a time, each layer will earn the difference in price, and finally reach the consumer.

However, there is no contact between the teams, only the purchaser and the shipper have contact, and he does not know who the chairman is, but some public information will be circulated among the members.

The purchase price offered by different teams is also different.

The specific shipping price can be decided by oneself, but generally more than 200 yuan.

The surging journalists visited a number of e-cigarette stores and found that even if it is an offline transaction, minors can still "convert" to online and easily buy e-cigarettes.

On March 10, the reporter visited a number of RELX electronic cigarette offline stores in Hongkou District, Shanghai. To buy electronic cigarettes on the spot, you need to scan the code for real-name registration and confirm your adult identity before purchasing.

However, many store owners said that they do not need to go to the store to buy on the spot in the future. They can add WeChat to watch the circle of friends first, and they can directly "flash delivery" if necessary. As for whether flash delivery needs to verify identity information, the store owner said no.

When the reporter made it clear that he was a minor, or bought on behalf of a minor, many shop owners agreed.

An e-cigarette company practitioner admitted to The Paper that compliance management is always a headache and unavoidable problem for every company, distributor, and even store.

"The electronic atomizer industry is a rapidly emerging new track in the field of fast-moving consumer goods. The phenomenon of random prices, smuggling, selling counterfeit goods and selling to minors has been banned repeatedly. Stricter compliance management has become a must for leading companies in the industry. the problem we are facing."

The practitioner said that at present, e-cigarette companies have stepped up measures to prevent minors from purchasing. Today, most e-cigarette products not only clearly warn on the outer packaging that minors are prohibited from purchasing, but also take effective age checks for customers who come to the store, and place them in a prominent position in the store. There will also be a "prohibition of minors to buy" signs on it, warning minors to buy, but still can't prevent "the road is one foot high, the devil is one foot high", and the flood of online transactions is the source of young people's difficulty in smoking control .

Nicotine is a highly addictive substance, and teenage brains develop into their 20s, and nicotine use can have long-term adverse consequences for teenage brain development.

And a global systematic survey showed that non-smokers under the age of 20 who use e-cigarettes are more than twice as likely to smoke in the future as those who use neither.

On March 11, the State Tobacco Monopoly Administration announced that it had formed the national standard for "electronic cigarettes" (the second draft for comments), and publicly solicited comments from the public. The draft clearly stipulated that the product characteristics should not be used. The flavor presents flavors other than tobacco.

Does the platform need to take responsibility if the e-cigarette is not removed from the shelves?

Regarding the frequent illegal transactions of electronic cigarettes on major platforms, The Paper reporters also learned about the relevant countermeasures from the platform.

Regarding the proliferation of e-cigarette "micro-businesses", the WeChat team replied to the surging news reporter that the use of WeChat to sell tobacco, e-cigarettes, etc. violates relevant national laws and regulations, and is clearly a violation of WeChat platform norms. This has been submitted according to user reports. Evidence is verified and graded.

In addition, for all kinds of malicious violations, WeChat will also carry out various special clean-up work, and conduct centralized special rectification according to the clues reported by users.

From January 2022 to the present, after a special review of the reported accounts submitted by users, 4,753 related illegal accounts have been identified. Gradient disposals of warning, banning Moments, and banning are respectively imposed.

WeChat said that it will continue to strengthen the reporting and acceptance of such behaviors in the future, continuously collect samples of various confrontation variants and cryptic language, and do a good job in user education and publicity guidance to keep users away from violations.

Douyin told The Paper that the platform has been strictly abiding by relevant national laws and regulations, and strictly prohibits the sale of electronic cigarettes and related products (including but not limited to product spare parts, atomizer sticks, inhaled energy sticks, etc.) on the platform .

(Search for "electronic cigarette" can be seen); the platform strictly prohibits the behavior of diverting traffic to other platforms for sale through comments.

Douyin said that users are welcome to participate in supervision together. If violations are found, users can report them on the site or send details to the mailbox: feedback@douyin.com, and the platform will follow up in time.

As of press time, other relevant platforms have not responded to the matter.

Ji Ligang, a professor at Fudan University Law School and a lawyer at Shanghai Siwei Lema Law Firm, told The Paper that they should bear corresponding legal responsibilities for sales platforms that fail to monitor, discourage and stop minors from purchasing e-cigarettes.

The "Notice" does not clearly stipulate the responsibility of the platform, and it is still a soft constraint in essence.

However, according to the relevant provisions of the "Minor Protection Law" that will take effect in 2021, the control of electronic cigarettes has been increased again, and the law has explicitly proposed the prohibition of the sale of cigarettes to minors for the first time.

Among them, Article 59 of the Law on the Protection of Minors stipulates that it is prohibited to sell tobacco, alcohol, lottery tickets or redeem lottery prizes to minors.

Tobacco, alcohol and lottery operators shall set up signs in conspicuous positions that they do not sell tobacco, alcohol or lottery tickets to minors; if it is difficult to tell whether they are minors, they shall be required to show their identity documents.

If the relevant operators violate the above provisions, the regulatory authorities shall order them to make corrections within a time limit, give them warnings, confiscate their illegal gains, and impose a fine of not more than 50,000 yuan; if they refuse to make corrections or the circumstances are serious, they shall be ordered to suspend business for rectification or revoke their business licenses and relevant permits. A fine of not less than 50,000 yuan but not more than 500,000 yuan may be imposed concurrently.