Egypt under threat of wheat shortage caused by war in Ukraine

The war in Ukraine is a major concern for the Egyptian government. It is, in fact, one of the biggest if not the biggest importer of wheat in the world. And its main supplies… 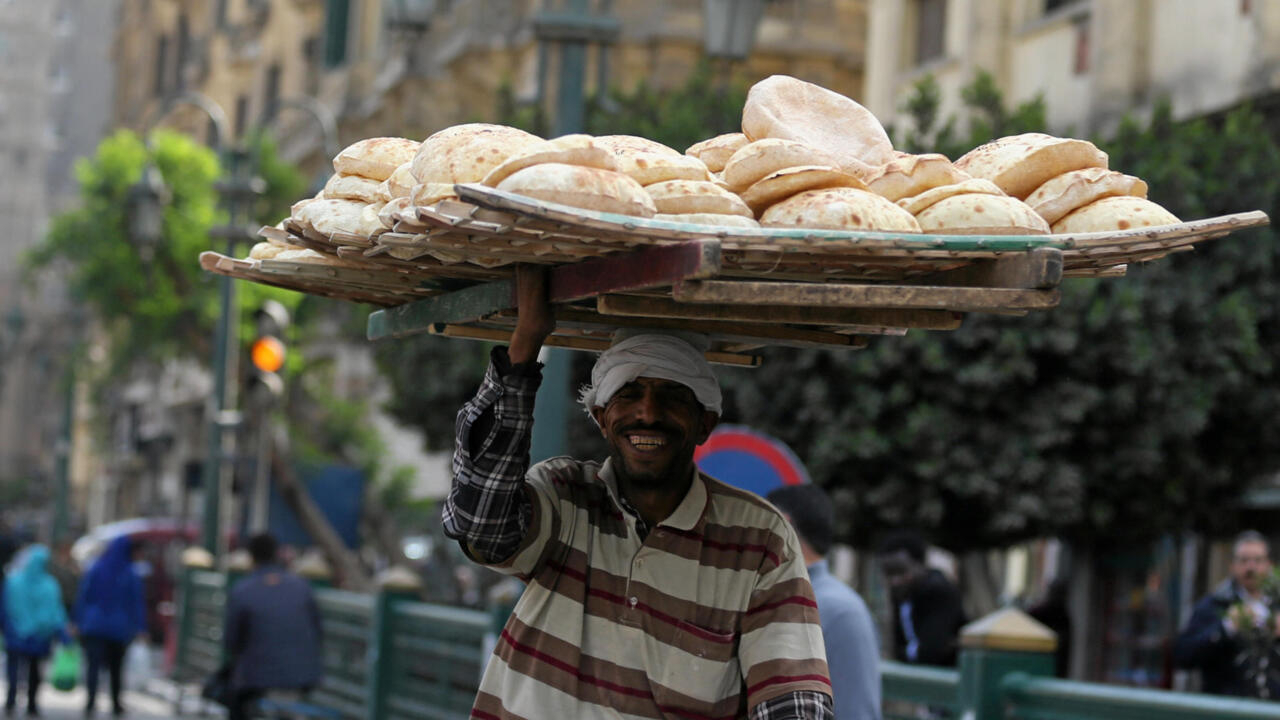 Egypt under threat of wheat shortage caused by war in Ukraine

A bread seller in the streets of Cairo (illustrative image).

The war in Ukraine is a major concern for the Egyptian government.

And its main suppliers were precisely Russia and Ukraine.

From our correspondent in Cairo,

Egypt imports almost half of its annual wheat consumption, which is close to 20 million tonnes.

A cake of 90 grams and which is sold at one twentieth of its real cost and to which are entitled nearly three-quarters of the hundred million Egyptians.

For the moment, the reserves in the state silos are sufficient for four months of consumption.

The Egyptian harvest, which begins in mid-April, should cover four more months.

But since it takes at least two months from when the wheat is ordered to when it arrives, replacements for Russia and Ukraine will need to be found quickly.

The government is looking for alternatives

To deal with a possible shortage, the government has already launched calls for tenders to its other suppliers, including Romania, France, America and Australia.

But twice, the call for tenders was cancelled.

The first time there was only one supplier, the second two.

So virtually no competition and prices that have soared by nearly 70%.

The other solution examined is to increase the area planted with wheat for a second crop.

This has already been done last year and has reduced dependence on imported wheat.

However, there will always be the problem of rising wheat prices, whether imported or local, and therefore the increase in the bread subsidy and the deficit.

Before the start of the war between Russia and Ukraine, a decrease in the weight of the subsidized pancake from 110 to 90 grams was decided.

The increase in the price of the cake was also mentioned.

We would go from less than a third of a euro cent per cake to one and a half cents.

But the general rise in prices, especially for basic necessities, is making the government hesitate.

No one in Egypt has forgotten

of January 1977, nor the revolution of January 2011 whose slogan was “bread, freedom, social justice”.

Touching bread, called "Aych" or "Life" in Egyptian, is a very risky bet.