Gold rises to unprecedented levels .. and the movement of tourists revives the Dubai market

Yesterday, gold prices recorded increases, whose values ​​ranged between 5.25 and seven dirhams per gram of various calibers, compared to their prices at the end of the previous week, according to price indicators announced in Dubai and Sharjah. 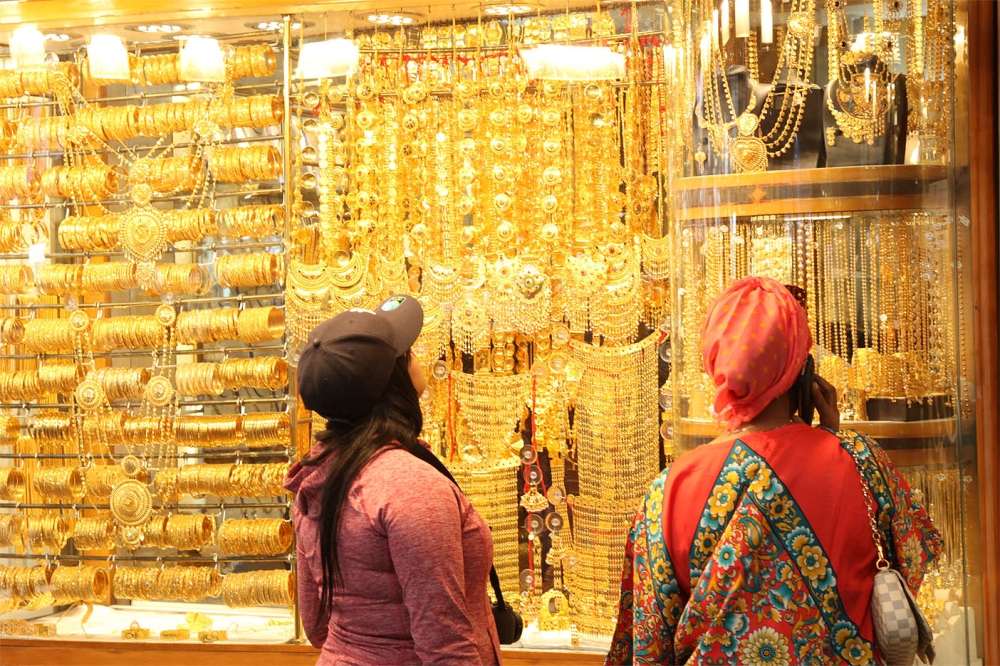 “Bullion and Currency” dealers are in anticipation of prices

Gold rises to unprecedented levels .. and the movement of tourists revives the Dubai market

Yesterday, gold prices recorded increases, whose values ​​ranged between 5.25 and seven dirhams per gram of various carats, compared to their prices at the end of the previous week, according to the price indicators announced in Dubai and Sharjah.

Officials of outlets for the gold and jewelry trade told «Emirates Today» that the recent increases in gold prices reached unprecedented record rates, noting that sales of tourists, especially in Dubai, accounted for the largest share of the demand for gold jewelry, in addition to A limited turnout from dealers to buy gifts, which supported the continuation of the activity of gold and jewelry trade outlets.

The Vice Chairman of the Board of Directors of the Dubai Gold and Jewelery Group, Chairman of "Siroya Jewelery Company", Chandu Seroya, said that gold prices have recently risen to unprecedented record rates, under pressure from the Russian-Ukrainian crisis, and political and economic turmoil at international levels.

He also attributed the large price hikes for gold, to the great demand for the yellow metal in global markets, as a safe haven for savings and investment in times of turmoil.

He pointed out that the local markets are characterized by tourism activity, which was positively reflected in the continued demand for gold jewelry, despite the record levels of gold prices.

He explained that the markets also witnessed some demand from resident dealers who preferred to buy as a hedge against other expected price hikes with the continuation of the Russian-Ukrainian crisis.

For his part, the director of the "Machoom Jewelery Store", Raj Bahi, said that the demand from tourists for gifts of goldsmiths acquired the largest share of sales, in light of the large price increases that the yellow metal recorded recently, which reached rates considered the highest, as it was not Monitoring similar levels during the last 20 years.

He pointed out that some dealers in the bullion and gold coins sector for investment purposes are currently in anticipation of prices, with expectations of more hikes during the coming period, which represents a greater incentive for them to sell what they have to stores.

In the same context, Abdul Aziz Al-Khatib, director of sales at the "Anan Jewelery Store", considered that the recent significant rises in gold prices did not negatively affect the demand of tourists, especially in Dubai, to buy gifts of gold jewelry, which supported the continued activity of gold trade outlets. and jewelry.

He pointed out that the markets have recently witnessed limited transactions from dealers to buy artifacts on various occasions, especially with expectations of more price hikes for gold during the coming period.