The CEO of Union Coop, Khalid Humaid bin Dhiban Al Falasi, stated that “the (cooperative) management has allocated 185 million dirhams for Ramadan discount offers, which will include more than 30,000 goods, with discounts ranging between 25 and 75%.” He said, during a press conference held by the cooperative’s management. yesterday at its headquarters 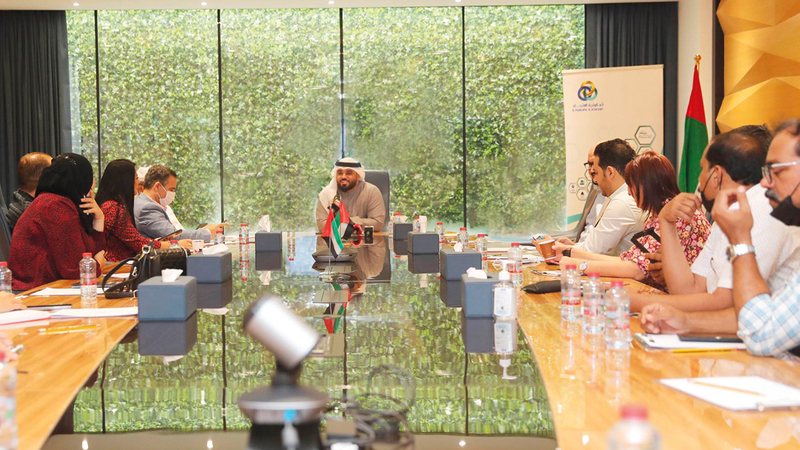 It lasts 52 days and includes selling products at wholesale prices

Al Falasi confirmed during the press conference that the Ramadan discounts will be launched next Sunday.

The CEO of Union Coop, Khalid Humaid bin Dhiban Al Falasi, stated that "the (cooperative) management has allocated 185 million dirhams for Ramadan discount offers, which will include more than 30,000 goods, with discounts ranging between 25 and 75%."

He said, during a press conference held by the cooperative administration yesterday at its headquarters in Dubai, that "Ramadan discounts will be launched early next Sunday, and will continue until the third of next May, and for a period of 52 days, during which it includes six discount campaigns, on various commodities, food. And non-food,” pointing out that “offering discounts early, allows consumers to obtain Ramadan goods, at different periods and in sufficient time before entering the holy month, and in a manner that reduces congestion and congestion at outlets during specific times.”

He pointed out that "the cooperative also launched a new initiative that includes the sale of products bearing the private brand (Union), and a number of 100 goods for shareholders holding the (Tamayouz) Gold Card, provided that this initiative continues even after the end of Ramadan offers, and until the end of this year."

He added, "Discounts will be launched, through the new Ramadan Offers initiative, of up to 50% on 1,000 food and non-food commodities, for shareholders holding the (Tamayouz) Gold Card, and this initiative will also be extended beyond Ramadan, until the end of this year."

Al Falasi said, "Ramadan discounts will be available in all branches and commercial centers belonging to the cooperative and spread throughout the emirate of Dubai, which amount to 23 branches, in addition to four commercial centers," noting that "the cooperative took early steps to provide sufficient stock for all commodities offered during Ramadan campaigns for a period of 52 days.

He stated that "the discount offers will include basic food and consumer goods, including rice, meat, poultry, canned food, fruits, vegetables, special Ramadan products, and other products and other goods."

He added that "(the cooperative) currently has a sufficient stock of goods, while it tends to find different alternatives for the goods affected by the Russian-Ukrainian crisis, most notably edible oils and grain products," noting that "vegetable and fruit products, it is difficult to control the setting of their prices due to their connection with global supply variables. and shipping cost.

He considered that "the management of the cooperative will hold its general assembly at the end of this month, to discuss some criteria related to the decision to offer shares in the capital markets in accordance with the decision of the Council of Ministers, in addition to decisions related to the cooperative's new plans to develop its business."