Vladimir Putin announced new payments for low-income families with children aged eight to 16 inclusive. It is assumed that the initiative will start working from April 1, and Russians will start receiving monthly benefits in May. As the president stressed, supporting families remains an "unconditional priority" for the country's leadership. According to experts, in the context of sanctions and increased uncertainty, Russians with children are the most vulnerable category of citizens and therefore need material assistance most of all. At the same time, experts do not exclude that the authorities will continue to announce additional measures of social support in the near future. 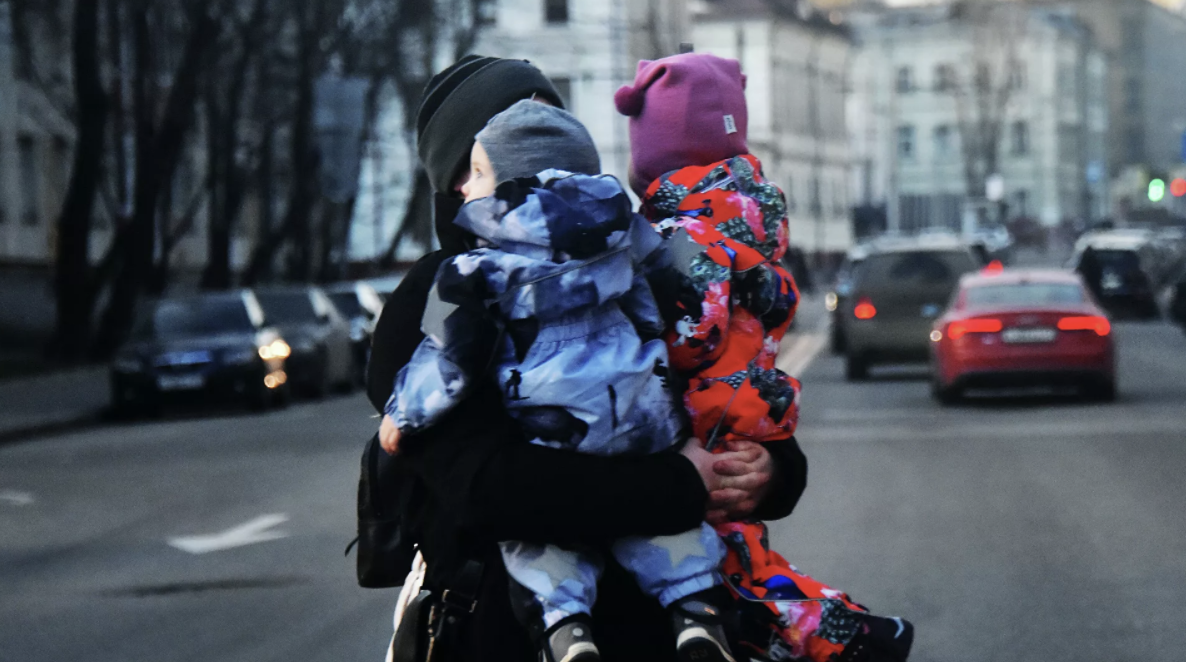 Low-income Russian families with children from eight to 16 inclusive will begin to receive monthly payments from the state.

This was announced on Tuesday, March 8, by President Vladimir Putin in his video message to Russian women in honor of International Women's Day.

According to him, the initiative will begin to operate from April 1, 2022.

At the same time, families will be able to receive the first payments in May.

“Today, sincere words of admiration and gratitude are heard to wives, mothers, grandmothers, sisters, daughters, girlfriends for your loyalty, reliability and support in any trials.

For its part, the state will do everything to support the family - this is our absolute priority,” the head of state stressed.

The Russian leader recalled the measures already in place in the country to support families with children.

So, today, Russian women who are registered with medical organizations in the early stages of pregnancy (up to 12 weeks) can apply for a monthly allowance during the period of expectation of a child.

Money can be received if the family income does not exceed the size of one regional subsistence minimum per person (12,654 rubles).

On average, in Russia, the volume of payments is about 6.9 thousand rubles.

The amount of financial assistance depends on the family income and can be 50, 75 and 100% of the subsistence minimum for children.

On average across the country, the amount of benefits varies from 6.1 thousand to 12.3 thousand rubles per month.

In addition, in the summer of 2021, the authorities began to pay benefits for children from eight to 16 years old, inclusive, who grow up in single-parent, low-income families.

At the moment, the average amount of such support is about 6.1 thousand rubles per month.

At the same time, benefits for families with several children are paid separately for each child.

As part of the new presidential initiative, the amount of benefits for low-income families with children from eight to 16 years old inclusive will also vary from half to the full subsistence level per child.

The final amount of payment will depend on the level of income of the family and the region of residence.

This was announced on Tuesday by the Minister of Labor and Social Protection of the country Anton Kotyakov.

“This family has the right to claim an allowance in the amount of 50, 75 or 100% of the subsistence minimum for a child in a particular region.

I must say that on average in Russia it is from about 6 thousand to 12 thousand rubles, ”Kotyakov said on the air of the Russia 24 TV channel.

As Svetlana Bessarab, a member of the State Duma Committee on Labor, Social Policy and Veterans Affairs, noted in an interview with RT, the measure taken was "very timely."

So, according to her, today families with children especially need help from the state.

In some regions, the value will be slightly higher, in others - slightly lower, but at the same time this is a very good help,” Bessarab emphasized.

A similar point of view in an interview with RT was expressed by Georgy Ostapkovich, director of the Center for Market Research at the Institute for Statistical Research and the Economics of Knowledge at the Higher School of Economics.

As the expert noted, in the context of the introduction of anti-Russian sanctions, families with children are one of the most vulnerable categories of citizens.

“As economic history shows, it is families with children who fall into the largest income gap.

Therefore, it is quite understandable that now this is the most vulnerable category of people who need state support in the first place.

We position ourselves as a socially oriented state, so the decision on payments was absolutely obvious, and I am sure that it is not the last one,” Ostapkovich said.

Recall that on February 21, Vladimir Putin announced the recognition of the independence of the DNR and LNR, and on the 24th he announced the start of a military special operation to protect the republics of Donbass from aggression from Ukraine.

In response, the European Union, the United States and a number of other states began to impose anti-Russian restrictions.

The restrictions affected the companies and banks of the country, and seven credit institutions were disconnected from the SWIFT international financial messaging system.

The sanctions also affected the aviation industry and the supply of high-tech products to Russia.

Half of the Central Bank's gold and foreign exchange reserves were frozen, certification of the Nord Stream 2 gas pipeline was stopped, and many Western companies announced their withdrawal from the Russian Federation.

According to the latest estimates, more than 5.5 thousand restrictions have already been introduced against Russia.

According to this indicator, the country bypassed Iran, Syria, North Korea and Venezuela.

Such information is contained in the global sanctions tracking database Castellum.AI.

Against this background, on March 4, the State Duma and the Federation Council approved a package of laws aimed at protecting the economy and Russians under sanctions.

The authorities are going to provide citizens and businesses with credit holidays, suspend scheduled inspections of enterprises and launch a new stage of capital amnesty.

In addition, the government will be able to independently carry out additional indexation of pensions, the minimum wage and the subsistence level, if necessary.

“All existing support measures will be preserved, the social obligations of the state will be fulfilled.

Regardless of the challenges and problems our country faces.

These issues are under the constant control of the President,” said State Duma Chairman Vyacheslav Volodin.

According to Georgy Ostapkovich, the initiatives will allow the authorities to more quickly take measures to provide assistance to the Russians.

At the same time, the approved proposals will require additional budget expenditures, the expert noted.

“This is definitely a positive move.

Now we need to see how exactly these laws will be implemented in fact.

The initiatives will clearly require a revision of the budget.

Therefore, in the near future, the authorities, most likely, will amend the treasury,” Georgy Ostapkovich concluded.