flydubai announced yesterday its annual results for the period ending on December 31, 2021, achieving exceptional performance, and described as “historic” profits of 841 million dirhams, with total annual revenues of 5.3 billion.The company expressed “cautious optimism” about the current year, revealing that 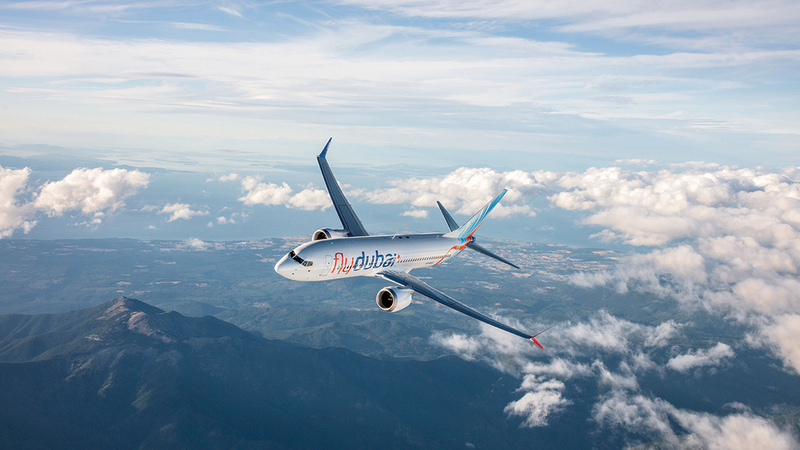 flydubai announced yesterday its annual results for the period ending on December 31, 2021, achieving exceptional performance, and profits it described as “historic” amounting to 841 million dirhams, with total annual revenues of 5.3 billion.

The company expressed "cautious optimism" about the current year, revealing that it will receive 20 "Boeing 737 Max 8" aircraft as of this March, increasing the number of flights, launching more new destinations, as well as hiring the best talent in the industry.

Passenger numbers also increased to 5.6 million, a growth rate of 76% compared to 2020, at a time when seat occupancy reached 69%.

His Highness Sheikh Ahmed bin Saeed Al Maktoum, Supreme Chairman of “flydubai”, said: “The exceptional results achieved by (flydubai) for the year 2021 come after two years full of challenges as a result of the (Covid-19) epidemic, thanks to the decisions and directives adopted by the leadership in the UAE. Including precautionary safety measures throughout the traveler’s journey, which gave tourists confidence to travel to Dubai and the Emirates in general, and led to an increase in the number of travelers by 76% year on year.

His Highness added: "We are still in an excellent position to receive visitors through our network in Dubai and abroad, and (fly Dubai) represents an integral part of the travel and tourism industry in Dubai."

For his part, CEO of "Fly Dubai", Ghaith Al Ghaith, said: "The (flydubai) business model remains strong, and it has served us well during the pandemic.

With the return of demand, these strong fundamentals translated into a significant improvement in our financial performance,” noting that this achievement was achieved thanks to the firm commitment of employees and the flexibility that the company enjoys in its business.

Al Ghaith added: “The challenge that remained throughout 2021 was the constant changes in travel restrictions, meaning that travelers did not have the confidence to book travel early, but continued to travel with a shorter booking period before their travel date.

“Fly Dubai” indicated to the main factors that contributed to the recovery since the height of the epidemic, including the launch of the carrier 22 new destinations last year, 13 of which were previously not served by flights from Dubai.

To meet the demand for travel during the summer, the airline launched flights to five seasonal summer destinations: Batumi, Bodrum, Mykonos, Santorini, and Trabzon.

And “Faladi Dubai” pointed out that with the easing of travel restrictions via the network, it witnessed an increase in travel demand, as it operated in December 2021 (6430 flights), and also witnessed an increase in demand for connecting flights by 34% of travelers, both connecting flights via The “Fly Dubai” network, or through the shared code with “Emirates Airlines”.

In turn, the Boeing 737 Max returned to the company's fleet starting in April 2021.

flydubai confirmed that it will continue to operate a fleet of Boeing 737-800 of the new generation and Boeing 737 Max.

It noted that in July 2021 it reached an agreement with Boeing, and modified its orders for the aircraft it ordered in 2013 and 2017.

The carrier also reduced the total number of aircraft it will receive by 65 aircraft.

As of December 31, it had received 25 of its order of 161 aircraft it was expected to receive.

And flydubai revealed that since the launch of the extended “code partnership” with Emirates Airlines in 2017, more than 8.3 million passengers have benefited from smoother connections across the shared network.

flydubai confirmed that its strategy for the current year is to contribute to strengthening the travel sector after the “Covid-19” pandemic.

It stated that it will receive 20 aircraft this year, at a time when these aircraft will be operated through the carrier's network, giving customers the opportunity to travel to more destinations around the world.

Commenting on the 2022 outlook, the company’s CEO, Ghaith Al Ghaith, said: “With the lifting of restrictions across our network and increased travel demand, we are cautiously optimistic about the current year, despite the geopolitical situation and its potential impact on commodity prices.”

He added: “From March 2022, we will receive 20 aircraft (Boeing 737 Max 8), and as the travel momentum continues to grow, we will increase the number of flights and launch more new destinations across our network,” stressing that to support this growth path, the company will need to hire the best talent. In the industry, to contribute to the ongoing success story of flydubai.