“There is nothing to replace”: gas prices in Europe for the first time exceeded $3,800 per thousand cubic meters

Gas prices in Europe have renewed their historical maximum and exceeded $3,800 per 1,000 cubic meters. At the same time, for the first time since 2008, Brent crude rose in price to almost $131 per barrel. According to experts, there is a panic in the market in connection with the news about the preparation of new US and EU sanctions against Moscow. Buyers of raw materials fear a ban on the import of Russian energy resources. However, such actions can seriously hit the States and the European Union themselves, experts are sure. As analysts explain, Western countries will not be able to find a replacement for gas and oil from Russia in a short time. 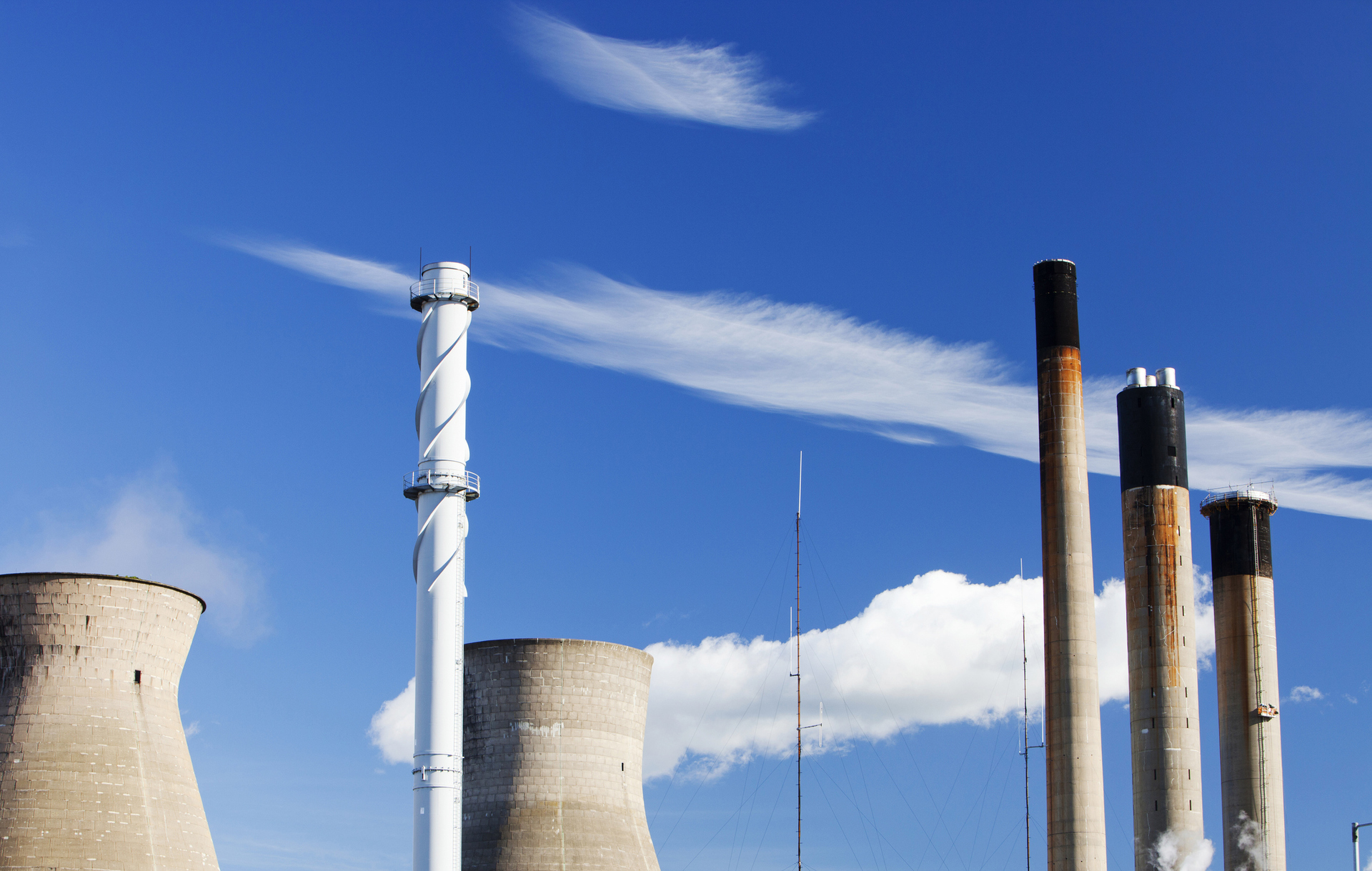 On Monday, March 7, gas prices in Europe have updated a historical record.

This is evidenced by the data of the London Stock Exchange ICE.

During the trading session, the cost of raw materials of the benchmark Brent brand grew by 10.7% to $130.7 per barrel.

The last time a similar indicator could be observed was in July 2008.

“There is a real panic going on in the market right now.

Buyers of raw materials are frightened by talk about the development of new packages of sanctions against Russia, which may this time affect the country's energy sector, ”said Igor Yushkov, a leading analyst at the National Energy Security Fund, in an interview with RT.

So, at the moment, the EU countries are considering the possibility of introducing additional restrictions on Moscow.

This was announced on Monday by French Minister of Economy and Finance Bruno Le Maire.

“All options are on the table.

I will not now name the possible options and prefer to keep our intentions secret in order to guarantee the effectiveness of these economic measures, ”TASS quotes the head of the French Ministry of Finance.

At the same time, the US House of Representatives is considering the possibility of developing a bill to ban the import of oil and energy resources from Russia.

This statement was made by Speaker of the House Nancy Pelosi.

“The Chamber is currently studying (the possibility of introducing. -

) strict legislation that further isolates Russia from the world economy.

Our bill would ban the import of Russian oil and energy into the United States, annul normal trade relations with Russia and Belarus, and be the first step in denying Russia access to the World Trade Organization,” Pelosi said.

Recall that on February 21, Vladimir Putin announced the recognition of the independence of the DPR and LPR, and on the 24th he announced the start of a military special operation to protect the Donbass republics from aggression from Ukraine.

In response, the European Union, the United States and a number of other countries announced the introduction of anti-Russian restrictions.

Restrictions, in particular, affected the companies and banks of the country, and it was decided to disconnect seven credit institutions from the SWIFT system.

The sanctions also affected the supply of high-tech products to Russia.

In addition, the EU and the States have closed their airspace to Russian aircraft, and a number of Western companies have announced the termination of their work in the Russian Federation.

Along with this, half of the gold and foreign exchange reserves of the Central Bank was frozen and the certification of the Nord Stream 2 gas pipeline was canceled.

m, Deputy Chairman of the Security Council of Russia Dmitry Medvedev warned about the risks of blocking Nord Stream 2 for the EU and the threat of rising prices to $ 2,000 per thousand cubic meters.

On March 7, against the backdrop of a new price record, the deputy chairman of the Security Council again commented on the situation.

“I can only congratulate the far-sighted European colleagues who reliably defended themselves from the insidious Russians and the Nord Stream 2 project,” Dmitry Medvedev quoted RIA Novosti as saying.

As German Chancellor Olaf Scholz noted earlier, Germany was prepared to buy natural gas not only from Russia.

According to him, Berlin foresaw possible difficulties and agreed with alternative suppliers.

“Since we are not naive, on the one hand, we introduced this regulation (meaning sanctions against the Russian Federation and the suspension of certification of the Nord Stream 2 project. -

), but at the same time, we foresaw a situation in which also difficulties may arise.

We have prepared for the fact that we will buy gas from other suppliers, we have done it and will continue to do the same,” said the German Chancellor.

Meanwhile, the government in Germany considers sanctions against Russian energy carriers to be disastrous for the country.

This opinion was expressed at a briefing on March 3 by Vice-Chancellor, Minister for Economic Affairs and Climate Protection of Germany Robert Habeck.

“I would not support an embargo on imports of fossil fuels from Russia.

I would even oppose this, because by doing this we will jeopardize public peace in Germany, ”the head of the Ministry of Economy believes.

It is noteworthy that today almost 40% of the gas consumed in the European Union falls on the share of Russian fuel.

Against this background, the International Energy Agency has already developed a plan to reduce the EU's gas dependence on Moscow.

For example, IEA experts suggest that Europe abandon new contracts with Gazprom and, as an alternative, increase purchases from Azerbaijan and Norway.

In addition, the agency considers it necessary to speed up the replacement of gas boilers in homes with heat pumps, as well as increase the capacity of solar and wind power.

At the same time, ordinary Europeans are urged to lower the temperature of space heating by 1 °C.

According to the IEA, already in 2022 these initiatives will allow the EU to reduce gas imports from Russia by more than a third, and with additional measures - by 50%.

At the same time, such a decision will lead to serious financial losses for the European Union, experts interviewed by RT are sure.

“For Europe, of course, a significant part of the energy balance is formed by oil and gas.

And given the volume of deliveries from the Russian Federation, refusing to import Russian energy resources is a rather risky undertaking for the EU.

Here, rather, it is not even the impact of this step on inflation in the region that is important.

A recession is at stake, ”said Alexander Abramov, head of the laboratory for the analysis of institutions and financial markets at the Institute of Applied Economic Research of the RANEPA, to RT.

It should be noted that there is already an acute shortage of gas in the EU countries.

According to the latest data from the Gas Infrastructure Association of Europe (GIE), storage facilities in the EU countries are less than 27.7% full in total.

For example, in France and Germany, since the beginning of 2022, prices have increased by about five times - to €421 and €410 per MWh, respectively, according to data from the Nord Pool exchange.

“Europe has nothing to replace our gas, since all the key market players are already producing to the maximum and will not be able to enter the EU market even with all their desire.

The European Union could replace gas with coal or oil, but even here we are the largest supplier.

So I don't think that they will impose any significant sanctions specifically against the energy sector.

Now gas, for example, is being transited through Ukraine without interruption, despite the crisis,” said Igor Yushkov.

According to Igor Yushkov, today Russia is the second largest supplier of oil to the United States.

Against this background, the consequences of restrictions on the import of raw materials can be significant for Washington, the specialist is sure.

“Already now, the cost of gasoline at American gas stations is striving for a record.

Yes, in the event of a ban, the States have options to switch to other suppliers or lift sanctions on Venezuela.

But these actions and the reorientation of the market will take time.

I'm not sure that the US would like a significant jump in inflation and a record increase in the price of petroleum products for the population.

Therefore, they can only impose limited sanctions,” Yushkov suggested.

As the specialist noted, the Russian authorities have so far taken a wait-and-see attitude and have not yet responded to Western sanctions.

According to the expert, in the event of a ban on oil supplies to the United States, Moscow will redirect energy resources to Asia.

At the same time, Europe's refusal to buy gas from Russia may lead to a decrease in budget revenues in the Russian Federation, since domestic fuel supplies are mainly focused on the EU.

However, the European Union will not be able to replace Russian gas, the analyst is sure.

“That is why Western sanctions have not yet seriously affected the energy sector.

Europe and the US understand that they themselves can suffer greatly.

At the same time, if Russia itself announces a ban on the sale of all resources, this will mean a global crisis, which will be an order of magnitude more serious in scale than even the 1973 oil crisis, ”concluded Yushkov.