Sprint to the 6.2 range! The United States wants to raise interest rates, why does the RMB not depreciate against the US dollar instead of rising?

Zhongxin Finance, March 1 (Gong Hongyu) Has the conflict between Russia and Ukraine affected the trend of the RMB? no! Under the Fed's strong interest rate hike expectations, will the RMB depreciate? no!   The recent appreciation of the RMB against the US dollar has been a bit violent, and has sprinted to the 6.3 mark, approaching the 6.2 range. Is the exchange rate "7 era" really going to be 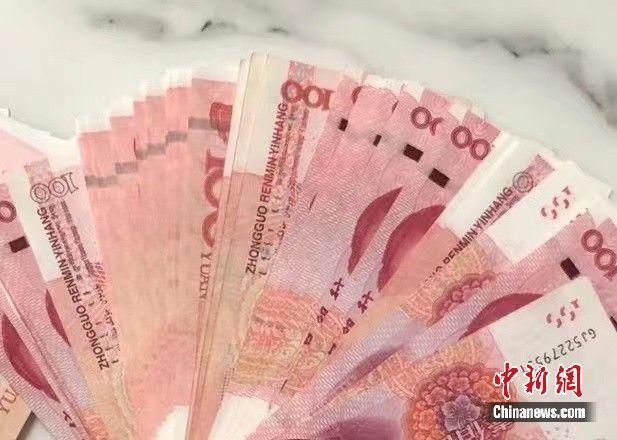 Zhongxin Finance, March 1 (Gong Hongyu) Has the conflict between Russia and Ukraine affected the trend of the RMB?

Under the Fed's strong interest rate hike expectations, will the RMB depreciate?

The recent appreciation of the RMB against the US dollar has been a bit violent, and has sprinted to the 6.3 mark, approaching the 6.2 range.

Is the exchange rate "7 era" really going to be gone forever?

On the 28th, the exchange rate of the RMB against the US dollar in the onshore market reached 6.3025, hitting a new high in the past four years.

On the same day, the central parity rate of the RMB against the US dollar was 6.3222 yuan, an increase of 124 basis points from the previous trading day.

Compared with the central parity rate of RMB against the US dollar in 2019 of 7.16 yuan, at the current exchange rate, every 1,000 yuan can be exchanged for about 20 US dollars more.

According to Wind data, since February, the RMB exchange rate against the US dollar has appreciated by about 0.77%.

Recently, the Federal Reserve has once again released a signal that it will start raising interest rates in mid-March as inflation in the United States continues to run high.

. Why did the RMB not depreciate against the US dollar, but continued to appreciate?

Li Xunlei, chief economist of Zhongtai Securities, said, "Although the dollar is appreciating relative to other currencies, compared with China, the United States is facing greater inflationary pressure and a large deficit in exports. While China's inflation level is low, exports account for The global share continues to rise, and the international status of the renminbi continues to improve. From these perspectives, the advantages of the renminbi are even more obvious.”

China's CPI in January rose 0.9% year-on-year, a decrease of 0.6 percentage points from the previous month.

United States raised interest rates, China cut interest rates, and the RMB exchange rate rose instead of falling. This phenomenon may also indicate that the attractiveness of the US dollar has declined

, and the status and attractiveness of the US dollar may be shaken, which means that the current round of Fed tightening will bring The return of the dollar may not be as strong as before." Li Xunlei said.

Since the beginning of 2022, China's central bank has continuously released monetary easing signals.

In January, RMB loans increased by 3.98 trillion yuan, the highest in a single month, with a year-on-year increase of 394.4 billion yuan.

In addition, just in January, the People's Bank of China lowered the 1-year loan market quoted rate (LPR) again, and the 5-year LPR was lowered for the first time in 20 months.

Han Fuling, a professor of finance at the Central University of Finance and Economics, also mentioned to Zhongxin Finance that the central bank announced that the domestic financial data in January was relatively strong, and the real estate market is also picking up.

The National Two Sessions are about to be held, and the central and local governments are gradually promoting the policy of stabilizing growth.

All these favorable factors have provided a solid foundation for the RMB exchange rate to remain strong.

In an inventory center of a bank in Gansu, renminbi are placed in an orderly manner.

Under the conflict between Russia and Ukraine, the role of the RMB as a "safe haven" has become more prominent.

As the situation becomes more tense, safe-haven currencies such as the U.S. dollar and the Japanese yen will continue to benefit, according to the CICC Research Report.

The Bank of China Securities Research Report also pointed out that under the influence of the Fed's tightening expectations, there has been a net outflow from the stock market.

Zhao Xijun, co-director of the China Institute of Capital Markets at Renmin University of China, told Zhongxin Finance that under the conflict between Russia and Ukraine, the environment for the renminbi has not fundamentally changed. Stablize.

A few days ago, major European and American countries announced that some Russian banks would be excluded from the SWIFT settlement system.

In this regard, Li Xunlei analyzed to Sino-Singapore Finance and Economics that the SWIFT system uses US dollars for settlement, and the "kick-out" of some Russian banks will also have a certain adverse impact on the international status of the US dollar.

Mei Xinyu, a researcher at the Institute of International Trade and Economic Cooperation of the Ministry of Commerce, also pointed out that this move will accelerate the replacement of the SWIFT system by other payment and settlement systems.

Will the RMB continue to appreciate against the US dollar?

Zhao Xijun believes that the trend of the RMB against the US dollar depends on specific policies.

Han Fuling pointed out that in 2021, China's export growth rate has reached a historical high, and the growth rate of foreign trade may slow down in 2022.

Affected by related factors, he predicted that after the RMB against the US dollar recently reached a high point, it will be relatively stable in the future, fluctuating in both directions, and it will be normal for ups and downs.