It's friendly economy time. Today, we will be with reporter Han Ji-yeon. European stocks fell sharply as Russia invaded Ukraine, but what about New York? It started with a sharp decline as it fell more than 2% on the news of the Russian invasion, but as time went on, the decline narrowed and succeeded in reversing the uptrend. 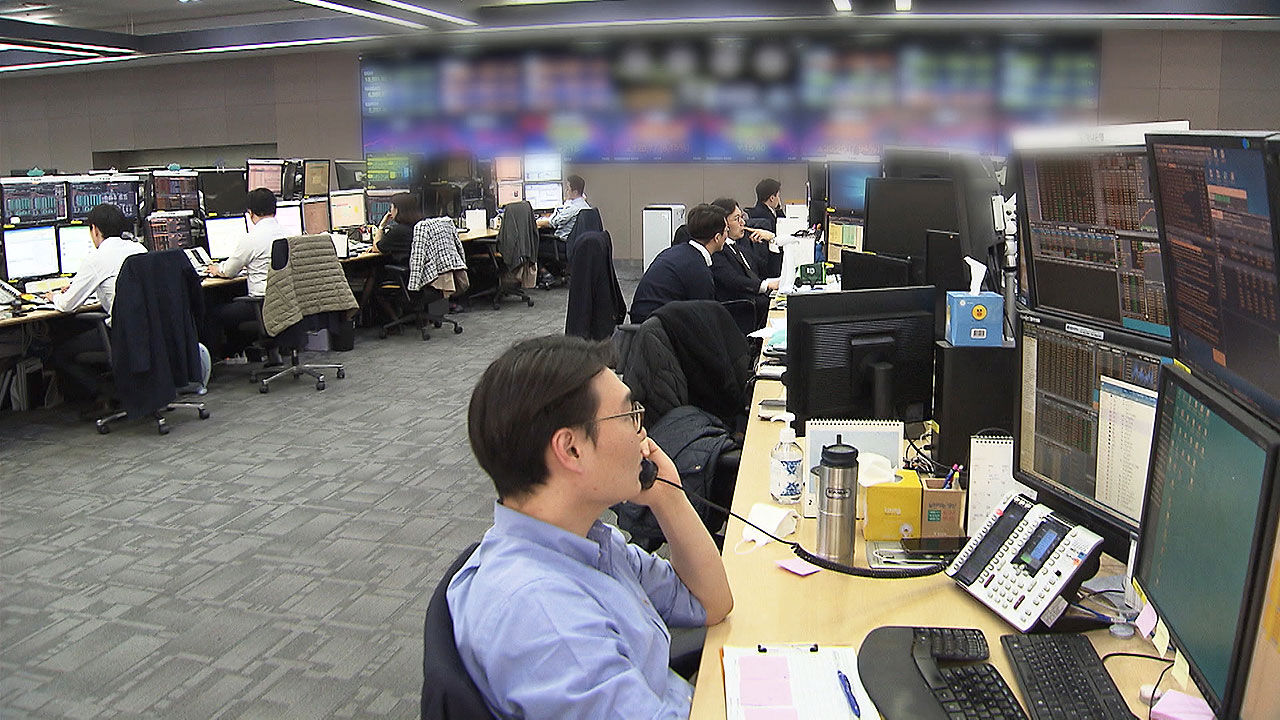 Today (25th) we will be with reporter Han Ji-yeon.

European stocks fell sharply as Russia invaded Ukraine, but what about New York?

On the news of the invasion of Russia, it started off with a sharp decline, falling more than 2%, but as time went on, the decline narrowed and succeeded in reversing the uptrend.

The Nasdaq Composite rose 3.34% from the previous day.

Rather, as the Ukraine crisis culminated in an invasion, the uncertainty was lifted, driving the share price higher.

What is characteristic is that individuals continue to buy at a low price while betting about 1 trillion won, and it is an analysis that they are investing in fear to aim for a rebound after the war is over.

However, if the worst-case scenario for the Ukraine crisis develops into an all-out war, it is predicted that it will drop to 2,470 as well as the 2,500 level that has already been discussed.

As Russia invaded Ukraine, there is a lot of anxiety in that region, and in a way, it has become more and more unsettling. There are many predictions that it will rise a lot, and it seems that it will also affect our economy, so that's why the base rate was frozen yesterday, the Bank of Korea.

However, there are predictions that it will be uploaded in 2-3 months from now.

In fact, as the consumer price inflation rate is around 3% for 4 consecutive months, it is possible to raise the base rate this time based on inflationary pressures.

As the Russian invasion occurred yesterday, the international oil price broke through 100 dollars, and there is a forecast that it could soar to 150 dollars if the war escalates in the future.

Also, since the prices of raw materials and agricultural products are rising even more, it will be reflected in the inflation.

Global investment bank JP Morgan also predicted that it would raise interest rates once more in the third quarter after raising it one more time in April or May.

Let me tell you a different story, are you saying that the proportion of electric vehicles is increasing in the used car market these days?

The proportion of electric vehicles among the total registrations of eco-friendly vehicles increased from 12% in 2020 to 19% last year.

The last time you used delivery food today, did you hear the results of a survey on how many plastic containers are used?

food delivery culture has changed so much. In the past, we used to put it in a regular bowl and bring it back to us, but now it's all disposable plastic.

As a result of a survey by the Korea Consumer Agency, 10.8 kg of plastic containers used only for food delivery per person per year.

Plastic containers are diverse, such as containers for main food and side dishes, lids, plastic wrap, sauce-packed plastic, and plastic knives.

In a survey of 10 delivery foods ordered from three food delivery apps, on average, 18 plastic containers were used per menu for two people, and the weight was 148g.

Based on open survey data, assuming that an average of 2.8 deliveries a week is ordered, 1,340 pieces per person per year.

By weight, this is equivalent to using a plastic container weighing 10.8 kilograms.

The problem is that this delivery food container is made of non-recyclable material or has a sticker on it, so only 45% of the total weight can be recycled. I'll have to