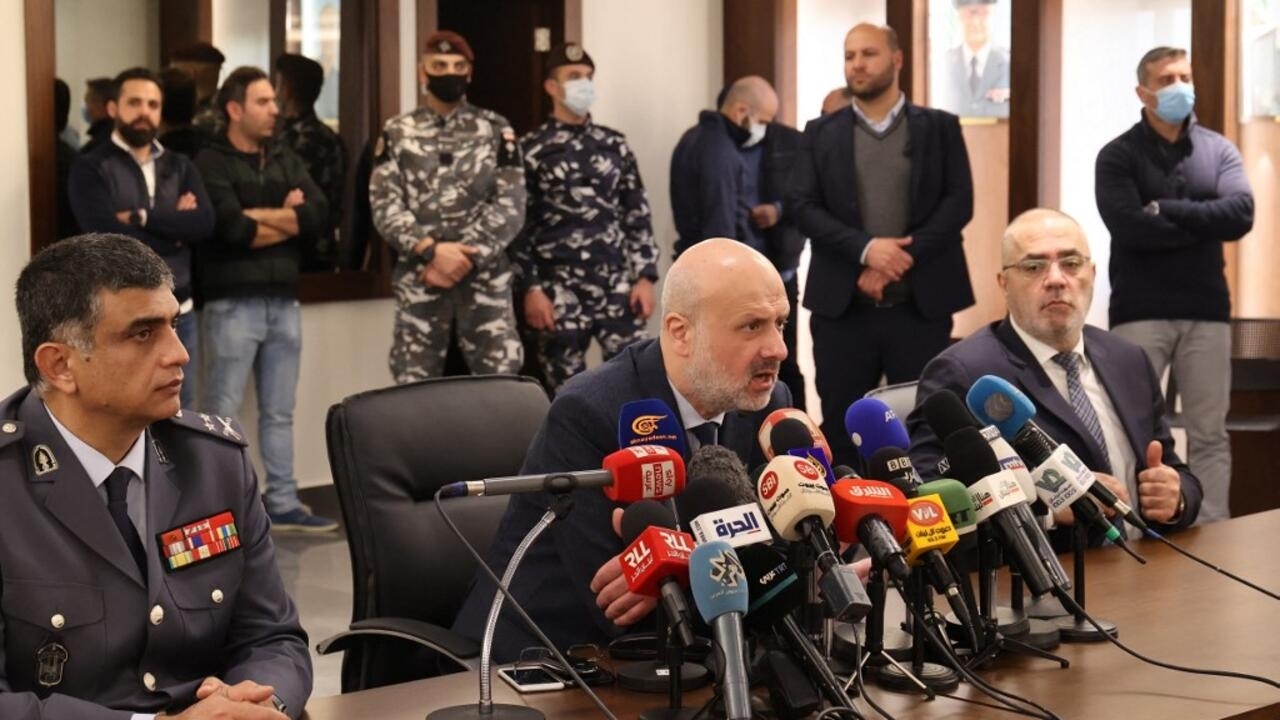 Lebanese Interior Minister Bassam Mawlawi (C) during a press conference in Beirut on February 23, 2022 after foiling attacks planned by the Islamic State (IS) group.

Weapons, ammunition and explosives were seized.

The dismantled terrorist cell was planning to commit three suicide attacks in mid-February in the southern suburbs of Beirut.

The attacks were foiled thanks to an agent infiltrating the ranks of the Islamic State group.

On February 7, four days after the leader of the extremist organization was killed in a

US raid in Idlib

, Syria, the undercover agent was ordered into action.

His operators from the Syrian branch of the Islamic State group sent him three explosive belts and weapons.

The plan was to detonate IEDs carried by suicide bombers and then automatic weapon and rocket launcher attacks on Shia places of worship.

These attacks would have caused “

a large number of victims

”, declared the Minister of the Interior.

Activation of IS sleeper cells

The announcement of the dismantling of this extremist group comes in a context of activation of sleeper cells of IS in Lebanon.

Last month, six Lebanese from the north of the country died fighting in the ranks of the Islamic State group in Iraq.

At least forty young people from Tripoli and its surroundings have joined the extremist organization in Iraq and Syria in recent weeks.