County Observation: How did the thousand-year-old ancient city transform into a "hundred billion new city"?

China News Service, Shaoxing, February 22 (Reporter Xiang Jing) In the economic system of the Yangtze River Delta region, the county economy plays an important role. Only in Zhejiang Province, there are 25 districts and counties (cities) with a GDP exceeding 100 billion yuan. As a new member of the province's "Hundred Billion Club", in 2021, the GDP of Yuecheng District, Shaoxing City will be 11 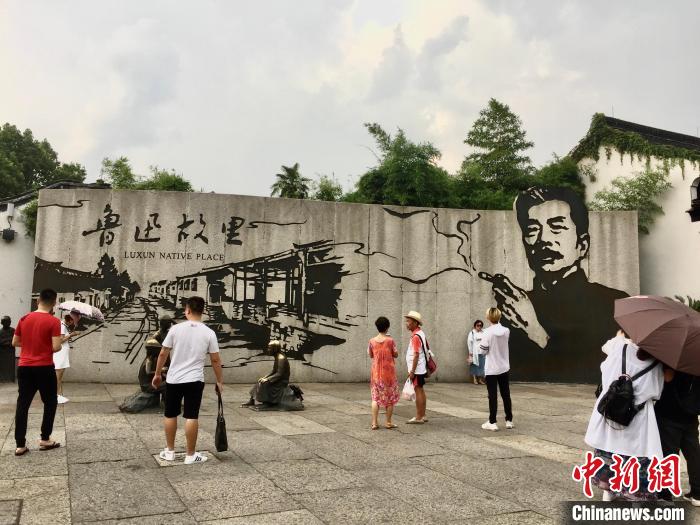 China News Service, Shaoxing, February 22 (Reporter Xiang Jing) In the economic system of the Yangtze River Delta region, the county economy plays an important role. Only in Zhejiang Province, there are 25 districts and counties (cities) with a GDP exceeding 100 billion yuan.

Yuecheng District is located at the northern foot of Kuaiji Mountain, with a history of more than 2,510 years.

In July 1983, Shaoxing was withdrawn from the land and established as a city, and the Yuecheng District was established. In less than 40 years, the resident population of the district increased to more than one million, and the GDP officially crossed the 100 billion yuan mark in 2020.

How does Yuecheng District transform from a "resource community" to a strong economic area, and from a thousand-year-old ancient city to a "hundred-billion new city"?

From the analysis of the two sessions of the Yuecheng District that are being held, the past five years are the key to the "transition" of the district, and the space, business format, culture, etc. are the keys to "leapfrog".

This change, the most intuitive is the change in space.

The 2022 Yuecheng District Government Work Report pointed out that in the past five years, the district has fully completed the reform of administrative institutions and the adjustment of the town and street system, and has undertaken to make good use of delegated powers.

It has successively integrated with Shaoxing High-tech Zone and Paojiang Economic and Technological Development Zone, and has two-way empowerment with Zhejiang Provincial Binhai New Area. The actual jurisdiction has expanded from 381.5 square kilometers in 7 towns and 7 streets to 643 square kilometers in 1 town and 16 streets, and the permanent population has increased to 1.115 million people.

Looking back on the past, in November 2019, the Zhejiang Provincial Government approved the establishment of Shaoxing Binhai New Area, which will develop in coordination with Yuecheng District; in February 2021, Yuecheng District will add a new area under the jurisdiction of Lihai Street... The policy blessing of governments at all levels has opened up urban space new pattern.

Under the integrated development trend of the Yangtze River Delta, Yuecheng pays attention to regional coordination and internal and external linkage development.

In the past five years, Jinghu, Gaoxin, Paojiang, Jiangbin and other areas in the district have accelerated the integration, and the urbanization rate has reached 84.7%.

At the same time, the Hangzhou-Shaoxing-Taiwan Expressway, Rail Transit Line 1, and urban viaducts will be constructed to enhance the urban space energy level with transportation.

Yuecheng District has made it clear that in the next five years, it will build a central urban area with the most "national brand name" platforms and the strongest radiation effect in the Yangtze River Delta region.

"From the perspective of the regional competitiveness of the Yangtze River Delta, Yuecheng will still take the initiative to 'integrate Hangzhou with Ningbo and Shanghai' in the future, including the interconnection of transportation and resource elements." Shen Huaqing mentioned that the existing state-level Shaoxing Comprehensive Bonded Zone in Yuecheng District Five other "national brand" platforms will be integrated to break through more than three "national brand" platforms.

"As an overseas Chinese, I hope that Yuecheng District can seize the opportunity of the times and become not only a household name in China, but also attract attention on the international stage." Special guest who attended the first meeting of the 6th Yuecheng District Committee of the Chinese People's Political Consultative Conference Shaoxing City, New Zealand Zeng Xian, the founding chairman of the Shaoxing Association, mentioned that Yuecheng is on the road of development from an ancient city to a higher level of development. He expects Yuecheng to attract more industries and talents with a better business environment and urban quality. .

Changes in spatial patterns accelerate the flow of resource elements and catalyze changes in business platforms.

In the past five years, Yuecheng District, which was originally based on traditional industries, has gradually withdrawn from the printing, dyeing, chemical and electroplating industry, and has attracted "chain-based" enterprises such as SMIC, Changjiang Electronics Technology, and OmniVision Technology to land.

Today, the proportion of added value of strategic emerging industries has risen to 34.8%.

This move is due to the transformation and upgrading of traditional industries and the cultivation and layout of emerging industries in the district.

Since 2019, integrated circuits and high-end biopharmaceuticals have been successively selected as new industrial platforms of "10,000 mu and 100 billion yuan" in Zhejiang Province.

Yuecheng District also made it clear that by 2026, the output value of the above two industries will exceed 100 billion yuan.

Jisheng's company has been focusing on the chemical industry for a long time. Driven by sustainable development, the company optimizes processes and independently innovates micro-reaction technology to make chemical production more green and environmentally friendly.

The three elements of production, city and people are closely related and inseparable.

In the past five years, Yuecheng District has implemented the "New Policy on Science and Technology" and "New Policy on Talents", the number of national high-tech enterprises has increased to 454, the investment in research and development has tripled, and the proportion of high-tech industry added value has risen to 60.3%.

The number of high-level talents increased to 407, and the total number of human resources exceeded 336,000.

In the next five years, Yuecheng District will implement the "135" project of high-end industrialization, which will develop three strategic emerging industries, including integrated circuits, biomedicine, and future industries.

Sun Guojun, deputy to the People's Congress of Yuecheng District and chairman of Zhejiang Jiabao New Fiber Group Co., Ltd., believes that while developing the existing advantageous industrial chain in Yuecheng District, the periodicity of industrial development must also be taken into account. , planning ahead and cultivating new energy and other emerging industries, and fostering future industrial competitiveness in advance.”

"Start the millennium ancient city to create a world cultural heritage, and build a regional cultural highland with world-class ancient city IP as the core." When Qian Linjiang, acting head of Yuecheng District People's Government, gave a government work report, he revealed the key tasks of the district in the next five years. .

The cultural soft power is indispensable for the millennium ancient city to move towards the "100 billion new city".

In the past five years, Yangming's hometown and other ancient city projects have been steadily advanced, and the pattern of "one city, one bridge and three hometowns" has been gradually formed.

"The 9.09-square-kilometer ancient city of Shaoxing is a precious wealth that no one can move or copy." Qian Linjiang said that Yuecheng should be guided by the city's application for World Heritage status, promote the activation and utilization of Taimen, and promote the protection of the former residences of celebrities Utilize and implement "Song Yun Culture Handed Down Project" and other work.

In the journey of building a demonstration zone for common prosperity in Zhejiang, Yuecheng put forward the goal of "the first district, the happiness of the city", and clearly and vigorously implemented the "135" project of cultural quality, including the construction of a number of district museums and district intangible cultural heritage museums. Cultural facilities represented by , District Cultural Center, etc., and a number of cultural tourism projects represented by Yellow Wine Town, 871LOOP, Fengyueli, etc., to create a number of cultural and tourism projects represented by Vietnamese intangible cultural heritage, celebrity classics, Song Yun culture, etc. cultural identity.

Such spiritual and cultural power has made Feng Xiuli, a member of the CPPCC in Yuecheng District and a teacher of Beihai Primary School Education Group, feel the surging cultural context of the city. "In recent years, the international communication power of Yuecheng culture has become stronger and stronger, and its cultural influence is expanding. It reflects the characteristics of the interactive development of economy and culture.”

As a Taiwanese member, Feng Xiuli believes that Yuecheng should continue to strengthen cultural exchanges with foreign countries through various methods such as going out and bringing in, "For example, taking the opportunity of applying for World Heritage status to open the gate of the ancient city, and using digitalization and other means to introduce the ancient city to the world. It can also encourage Taiwan youth and overseas Chinese to enter Yuecheng and carry out research and study tours.” (End)