After the Winter Olympics, what has Hebei left for the world? 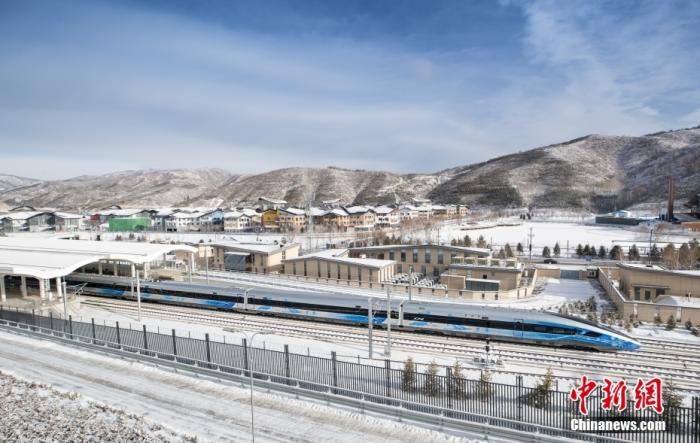 China News Agency, Zhangjiakou, February 21 (Reporter Cui Tao) Zhangjiakou, a city in northwestern Hebei Province, has never been so eye-catching because of the Winter Olympics.

What will be left for the world after the Winter Olympics?

Not only Zhangjiakou, but the whole Hebei is thinking about this issue.

The "green" choice of the land of Gyeonggi

As an ecological and sandstorm barrier in Beijing, Tianjin and other places, Zhangjiakou's industrial choice has not been smooth sailing.

Taking advantage of the East Wind of the Winter Olympics, the green industry has injected new impetus into Zhangjiakou.

"Hydrogen Energy Zhangjiakou" has become the new business card of the city.

"The wind in Zhangbei brightens the light of Beijing", the Zhangbei Flexible DC Power Grid Project located in Zhangjiakou is the world's first ±500kV four-terminal ring-shaped flexible DC power grid. By connecting the new energy in Zhangjiakou area to the Beijing power grid , to meet the electricity needs of the Beijing Winter Olympics test competition and official competition.

More and more foreign companies come to Zhangjiakou to find new business opportunities, and "green" has become a key for Zhangjiakou to connect with the world.

Data map: The Ice and Snow Hall of Prince City after the snow in Chongli District, Zhangjiakou City, Hebei Province.

"Hospitality" the world with ice and snow

In January 2019, the New York Times of the United States named 52 must-see destinations in the world in 2019, and Chongli, China, was on the list.

In 2022, the Beijing Winter Olympics will make Chongli show its charm once again, where athletes from all over the world compete on the top of the ice and snow.

This small town is so fascinating, what are the "hospitality" methods behind it?

Zhangjiakou has unique ice and snow resources, especially the transition zone between the upper and lower dams represented by Chongli, which is the largest natural ski resort in North China.

According to the "Beijing 2022 Winter Olympics and Winter Paralympics Heritage Report Collection (2022)", by the end of 2020, Zhangjiakou had built 29 ice rinks and snow rinks, including 9 large ski resorts.

After more than 20 years of cultivation and development, Chongli has built a unique cluster of ski resorts in the Beijing-Tianjin-Hebei region.

At the same time, Zhangjiakou vigorously develops the ice and snow industry.

As of the end of November 2021, the city has signed 52 R&D and manufacturing projects for ice and snow equipment, involving 8 countries and regions including France and Italy.

The dividends brought by ice and snow are not just industries.

At the spiritual level, it has a more profound impact on China and the world.

International Olympic Committee President Bach once said that one of China's greatest contributions to the global Olympic movement is to drive 300 million people to participate in ice and snow sports.

Data map: In Chongli District, Zhangjiakou City, Hebei Province, the square in front of the Taizicheng Station of the Beijing-Zhangjiakou High-speed Railway is covered with snow.

It only takes about 50 minutes to board the train from Qinghe Station in Beijing and head to Taizicheng Station in Chongli District, Zhangjiakou City.

In addition to the convenience of transportation, the cooperation between Zhangjiakou and Beijing has been further strengthened in the field of public services.

In recent years, a number of Beijing-Tianjin educational and medical cooperation projects have successively settled in Zhangjiakou.

The construction of transportation infrastructure such as the Beijing-Zhangjiakou High-speed Railway and the Beijing-Li Expressway will build a regionally interconnected transportation network; the industrial development of Beijing and Zhangzhou will complement each other and promote cooperation between the two places in the fields of ice and snow equipment manufacturing, high-tech industries, and agriculture. , to enhance the long-term vitality of the regional economy; to build a Beijing-Zhangjiakou sports culture and tourism belt, jointly carry out mechanism innovation and coordination, and lay a solid foundation for the coordinated development of the region after the game...