A package costs more than 10,000! LV, Dior, Chanel... The prices have risen again. Buying a bag is more fragrant than buying a fund?

Sino-Singapore Jingwei, February 20th (Zhao Jiaran) "All the bags I like have gone up in price, and the only ones that haven't gone up are the stocks in my hand..." Recently, well-known luxury brands such as LV, Chanel, and Dior seem to have negotiated. Price adjustments have been announced one after another, with some popular styles increasing by as much as 20%.   Some people in the industry b 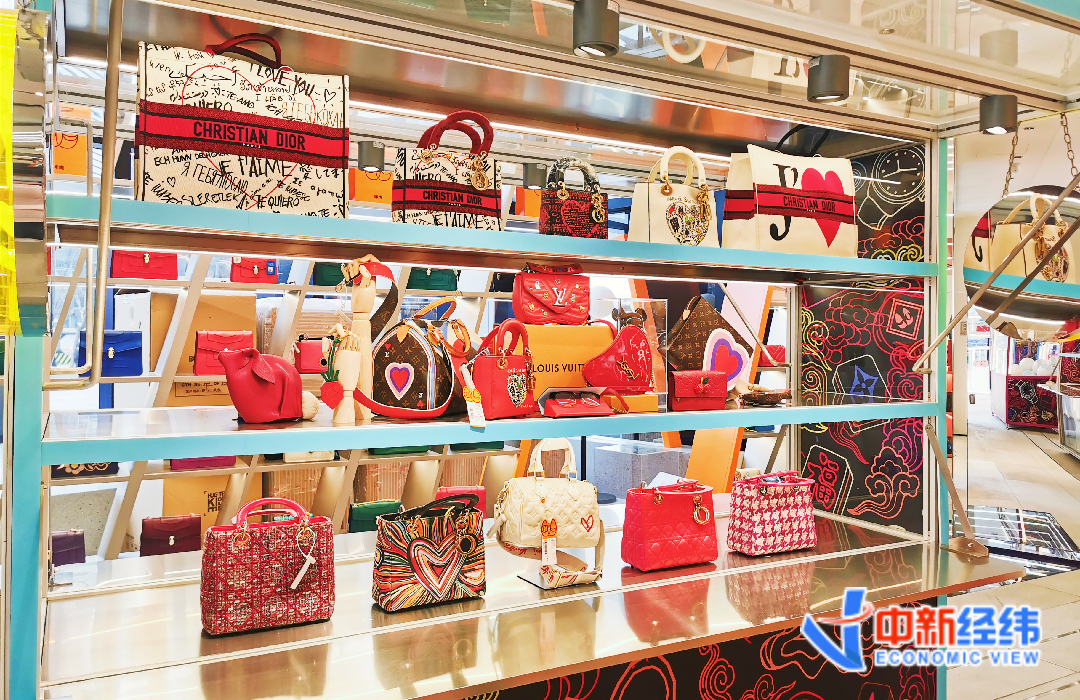 Sino-Singapore Jingwei, February 20th (Zhao Jiaran) "All the bags I like have gone up in price, and the only ones that haven't gone up are the stocks in my hand..." Recently, well-known luxury brands such as LV, Chanel, and Dior seem to have negotiated. Price adjustments have been announced one after another, with some popular styles increasing by as much as 20%.

Some people in the industry believe that maintaining the high-end and scarce image of luxury brands is the most fundamental reason for price increases.

Due to the limited audience of luxury brands, price increases are the main way to improve performance when the number of sales remains unchanged.

Buying a bag is more fragrant than buying a fund?

"It's ironic. I bought my first luxury bag with the proceeds of the fund. A year later, the fund didn't go up but went down, and the bag went up by more than a thousand. I'm considering whether to sell the bag or not. "Beijing white-collar Zhou Xiao told Sino-Singapore Jingwei that due to the continuous price adjustment of luxury brands in recent years, the second-hand luxury goods market has also become active, and the second-hand prices of some items are even higher than the original prices.

Photo by Zhao Jiaran, a new Jingwei in the second-hand luxury bag shelf

Zhou Xiao said that the large price increase and the preservation or even appreciation of second-hand prices are the main reasons why some popular luxury goods are popular in the second-hand market.

"People often buy a bag that can keep its value and sell it or replace it after playing for a period of time. In second-hand luxury stores, many shop assistants will stimulate consumers with 'the brand will increase in price immediately' or 'this is out of print and no longer in production' Buying is also looking at the characteristics of second-hand prices rising."

According to recent media reports, a LV (Louis Vuitton) spokesman said that due to increased manufacturing and transportation costs, prices will be raised worldwide on February 16.

There is a "tacit understanding" with LV that many well-known luxury brands such as Chanel, Dior, and Hermes have announced price increases in early 2022.

In January, luxury giant Chanel announced price increases for some products, such as a 2,000-yuan price increase for a classic woc handbag priced at 20,000 yuan; in the same month, Celine and Dior also announced price adjustments, such as the price of a small Lady Dior handbag From 36,000 yuan to 410 million yuan; French luxury brand Hermes also raised the price of some goods.

On the social platform, some netizens said that "I quickly bought one when I heard the news that the price will increase", and some people said that "after the price increase, I feel that it is not worth buying."

Some netizens said that after buying a luxury bag home, in order to preserve its value, it can only be "offered", and even reluctant to carry it back. When they finally wanted to sell it, the second-hand price still fell a lot.

Why do brands get together to raise prices?

They turned out to be "family"

Several in-store staff said that the specific timing of commodity price increases is uncertain, but the approximate frequency and magnitude are basically maintained.

For example, a Hermès clerk said that in January, all categories including bags, clothing, etc. had their prices adjusted by about 5%. Only some products had a price increase of about 18% due to the high unit price; Chanel clerks said that some popular styles have been recently There was no price adjustment once, but "it is already in the price increase team, either this time or the next time", Chanel adjusts the price twice a year, the range is about 10%, while the popular models and more expensive styles usually have higher price increases.

The Celine clerk said that in the past round of price adjustment, some styles increased by about 1,000 yuan, while some new products increased the price by a higher rate. For example, an underarm bag rose from 37,500 yuan to 55,000 yuan.

As the above-mentioned clerk said, many luxury brands raised prices at the same time, in addition to following the "unspoken rules of the market", another reason is that they are "a family".

Industry: Price increase is a weapon to maintain the high-end brand

Behind the repeated price increases is the obvious growth of the company behind the luxury brand.

Leather goods such as handbags are still the main source of income for Hermès, up 28.9% year-on-year to 4.091 billion euros.

Luxury companies have made a lot of money, and the Chinese market has contributed greatly.

In the "2021 China Luxury Market Report" released by Bain & Company in January, despite facing severe global social and economic challenges, the luxury market in China (excluding Hong Kong, Macau and Taiwan) will continue to maintain rapid growth in 2021, and some brands The growth rate exceeds 70%.

The above report pointed out that following the 48% growth in 2020, China's personal luxury goods market is expected to achieve a 36% growth in 2021, reaching nearly 471 billion yuan, nearly doubling the overall size compared to 2019.

In addition, the unleashed potential of Hainan's duty-free shopping and the gradual advancement of digitalization have further promoted the growth of luxury consumption in China.

Bruno, a senior global partner at Bain & Company, said that

by 2025, the Chinese market is expected to become the world's largest luxury market.

In an interview with Sino-Singapore Jingwei, Ma Gang, an independent commentator in the footwear and apparel industry, pointed out that due to the limited number of people who buy luxury goods, it is also a conventional strategy for brands to rely on price increases to improve performance.

"As one of the marketing strategies of luxury brands, price increases can maintain the high-end of the brand, which can be compared with the price increase strategy of some high-end liquors. Under the condition that the sales volume remains unchanged, price increases are the main way to improve performance. "

Xu Xiongjun, a strategic positioning expert and founder of Jiude Positioning Consulting Co., told Sino-Singapore Jingwei that the essence of luxury is not only the use attributes of items, but also endows products with spiritual needs, that is, "face" and "dignity". a high-end symbol.

Some consumers pay more attention to "can you buy it" during the purchase process, while ignoring "whether it is worth it".

He suggested that consumers should take a comprehensive consideration when purchasing luxury goods. In addition to paying attention to the brand, they should also pay attention to the quality of the product.

(At the request of the interviewee, Zhou Xiao is a pseudonym in the text)