[Report File] Impact of the Ukraine crisis on the Korean economy

Tensions between Russia and Ukraine, sparked by Ukraine's accession to NATO, continue. The 16 days suggested by the US as a possible date for a Russian invasion passed safely, but nothing has changed. 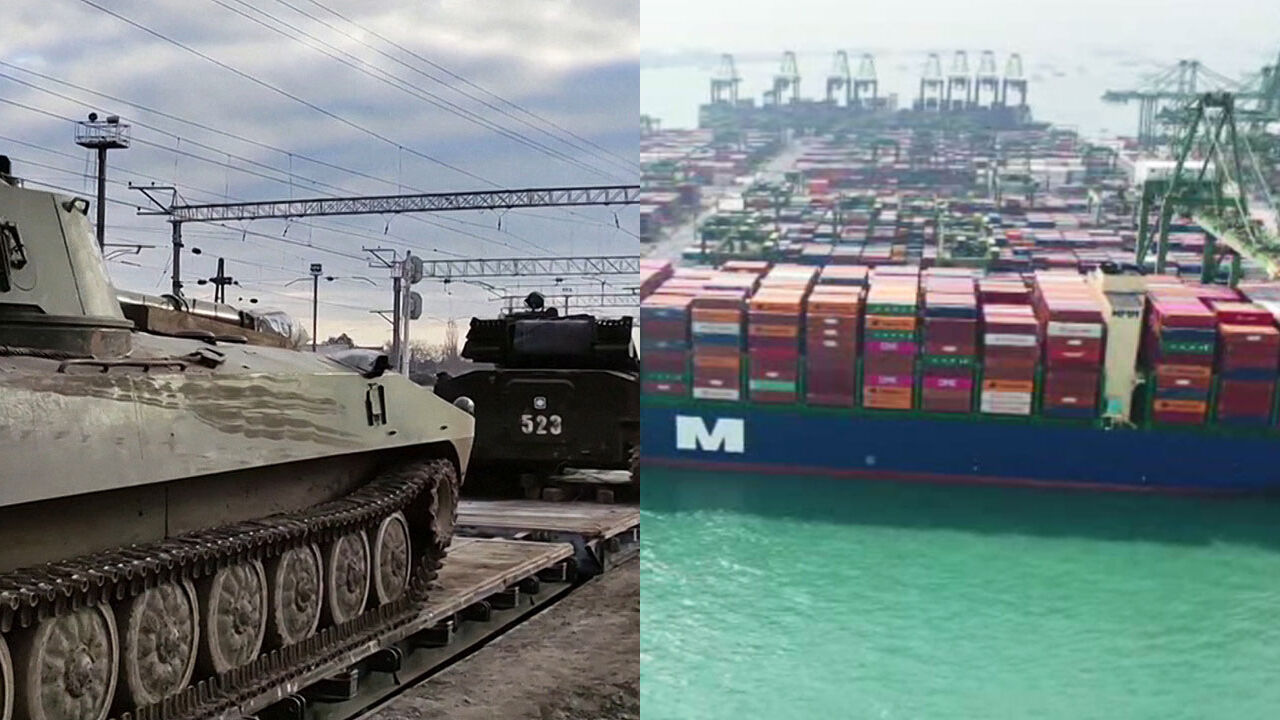 Tensions between Russia and Ukraine, sparked by Ukraine's accession to NATO, continue.

The 16 days suggested by the US as a possible date for a Russian invasion passed safely, but nothing has changed.

This incident, which is taking place on the other side of the Eurasian continent, is also having a significant impact on Korea.

As the world oil price soars, it is a fire from the oil price right away.

The government has announced that it is considering extending the fuel tax cut and releasing additional oil reserves, but there is no sign of easing.

"Direct damage to our local businesses"

What if a Russian invasion becomes a reality?

First, the report predicted that if the situation in Ukraine worsens due to an all-out war, the damage to import and export transactions that occurred after Russia's annexation of Crimea in 2014 could be reproduced.

It seems that the first blow will be suffered by Korean companies that have entered the local market.

The Korea Federation of Entrepreneurs, an economic group centered on large enterprises, said, "Hyundai Motor Company is out (in Russia). It produces about 230,000 units a year. Samsung Electronics has a TV and washing machine manufacturing plant near Moscow. LG Electronics is also near Moscow produces home appliances and TVs. There are also factories of Hyundai Wia and Hyundai Mobis, which are auto parts producers. I am concerned that these will do the most damage.

In the case of the International Trade Research Institute report, it was analyzed that a direct impact is expected mainly in cosmetics (444 companies), other plastics (239 companies), and auto parts (201 companies), which are fields where many Korean import and export companies are located.

"If you block the payment in dollars, import and export itself is blocked"

The ban on payments in Russian dollars, which the US put forward as a pressure card, could also be a blow to our import and export industries.

This is because the moment Russia is excluded from the International Interbank Communication Association payment network due to the tightening of sanctions by the United States, delays and interruptions in payment for Korean companies are inevitable.

Russia has been pushing for de-dollarization since 2014, but the share of payments in dollars still accounts for more than half.

Ryu Seong-won, head of the industrial strategy team at the FKI, said, "If the US blocks Russian dollar settlement (in the case of Korea), it cannot be traded.

Concerns over restrictions on imports of 'rare minerals' from Ukraine

Most of the areas of concern mentioned above are Russia.

So, is there any damage to trade with Ukraine, which is threatened by invasion?

Russia is not small as Korea's 10th largest trading partner.

On the other hand, Ukraine's trade volume is $900 million per year, ranking only 68th in trading partners.

Since the trade volume is small, even if an emergency occurs, the damage is minimal.

However, some rare minerals imported from Ukraine need to be prepared.

If the supply and demand of the mineral is disrupted or the import price rises due to the Russian invasion, the burden on domestic manufacturers may increase.

Fortunately, Russian-Ukrainian-related items, which are more than 70% dependent on imports, are 43 from Russia and 4 from Ukraine, accounting for only 1.9% of 2,418 imports from both countries.

So, what are the parties concerned the most?

As a result of an emergency survey conducted by the Korea International Trade Association on 86 import and export companies in Eastern Europe, including Russia and Ukraine, the highest concern was the contraction of trade at 22.7%, followed by the ruble exchange risk at 21% and logistics difficulties at 20.2%. It was.

A country with an economic structure that is highly dependent on foreign countries like Korea often faces a paradoxical situation where 'the affairs of others cannot be done by others'.

As I mentioned earlier, the surge in oil prices has already become a reality, and the stock market and exchange rate are also being significantly affected by the Ukraine crisis.

In the global economy, external risks are inevitable.

However, as seen in the G2 conflict between the United States and China, for our economy to survive, not only the competitiveness of the economy itself, but also sophisticated diplomatic power to support it is urgently needed.