The return passenger flow of China's Spring Festival travel will meet the peak again. From the 19th, there will be heavy to heavy rain in southern China 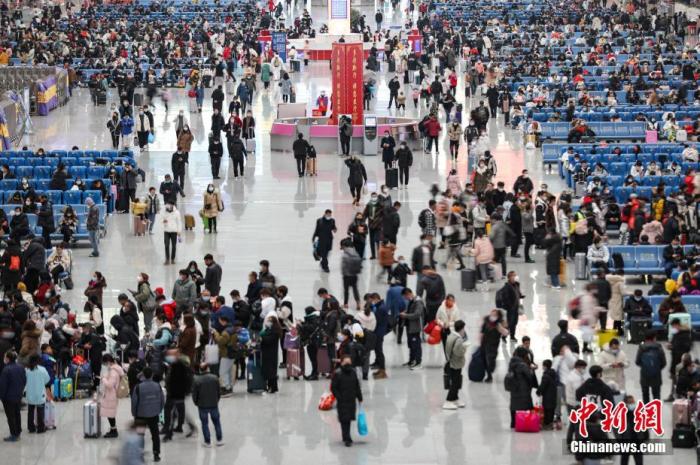 The national expressway is expected to flow 29.6794 million vehicles.

This data is a significant increase from the data on February 6.

On February 6, the State Council's joint prevention and control mechanism for the Spring Festival work class estimated that 26.45 million passengers would be sent across the country.

Judging from the pre-sale situation on Qunar platform, since February 15, the number of passenger bookings has increased significantly.

Lan Xiang, director of the Qunar Big Data Research Institute, analyzed that February 16 to 17 was a new peak in the late Spring Festival. This year's Spring Festival is similar to last year. The number of passengers after the festival is higher than before the festival, and the market recovers quickly after the Lantern Festival.

Compared with 2020, the number of passenger trips and return times are more concentrated after the Spring Festival this year than before the festival.

In terms of weather, the China Meteorological Department predicted on the 17th that there will be a clear rain and snow weather process in central and eastern China today and tomorrow.

It is expected that from the 19th, the precipitation process in most areas north of the south of the Yangtze River will end, the rain area will press southward, and there will be heavy to heavy rain in most of southern China, and some areas will be accompanied by thunder and lightning activities.