Side effect: why the government called the increase in the Central Bank rate a threat to housing construction

The high key rate of the Central Bank poses a threat to the housing construction industry in Russia, said Deputy Prime Minister Marat Khusnullin. According to him, the country's government is currently working on a solution to this problem. According to experts, raising the Central Bank's rate remains one of the main ways to fight inflation. At the same time, the actions of the regulator lead to a noticeable rise in the cost of loans for both developers and citizens. Preferential state programs still allow maintaining the availability of mortgages. Moreover, experts do not exclude that in the current conditions the authorities may initiate new measures to provide financial assistance to developers. 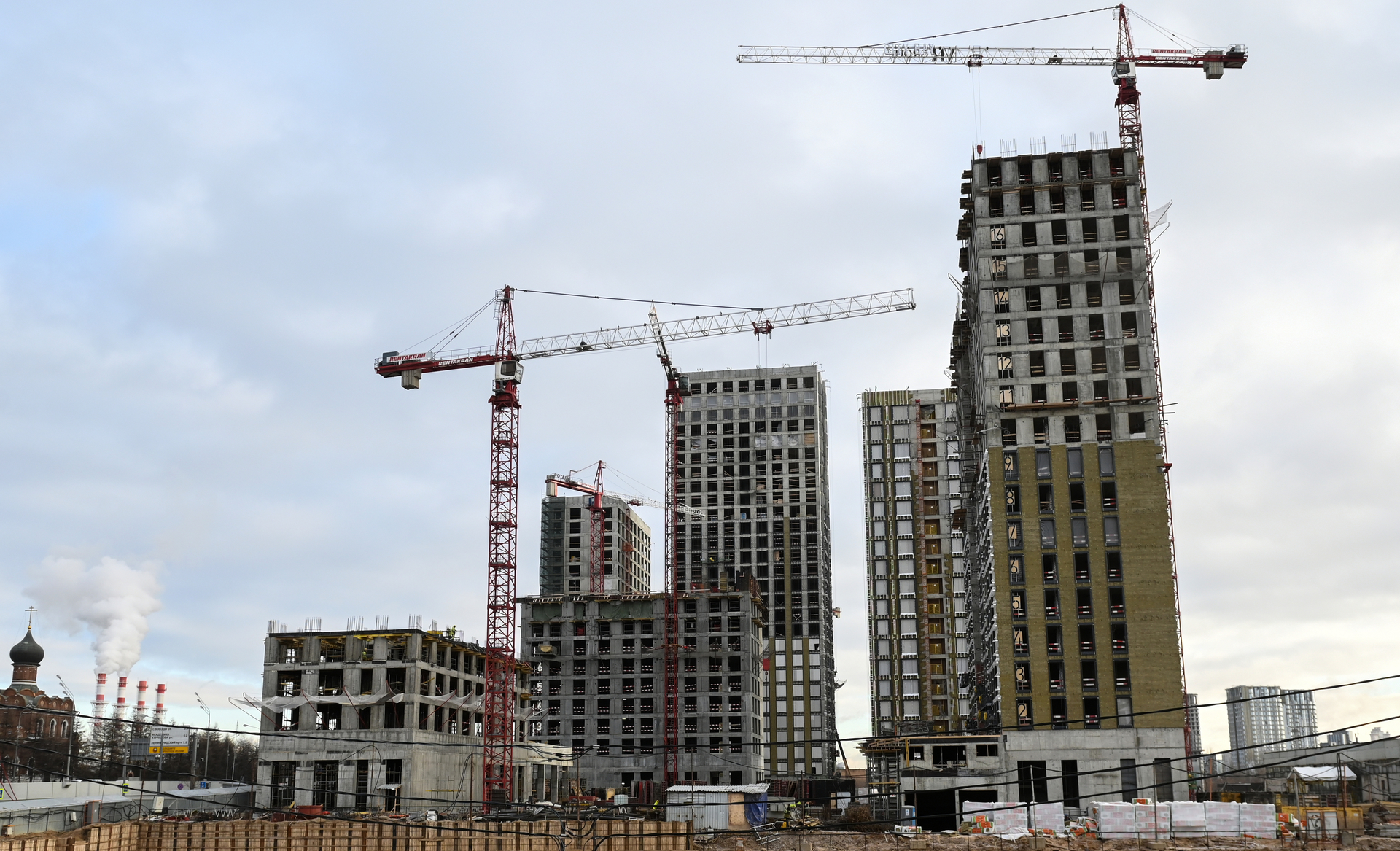 In 2021, 4.2 million families or 10 million people were able to improve their living conditions in Russia.

This was announced on Wednesday, February 16, by Deputy Prime Minister Marat Khusnullin.

According to him, such results were achieved due to record volumes of construction.

This is the largest volume of commissioning in history, ”Khusnullin said during a speech at the“ government hour ”in the State Duma.

As the deputy chairman of the Cabinet of Ministers said, at the end of 2021, Russian banks issued 2 million mortgage loans in the amount of 5.7 billion rubles.

At the same time, the pandemic is still a deterrent for the housing construction sector, Khusnullin stressed.

Moreover, if earlier the industry was supported by the low key rate of the Central Bank, then the tightening of the Central Bank's monetary policy observed today, on the contrary, poses risks for the market, the Deputy Prime Minister believes.

“Today’s key rate is a serious threat for us, a threat to the development of housing construction in general, and we are now thinking how to solve this problem,” Marat Khusnullin added.

Recall that back in 2020, amid the coronavirus pandemic, the Bank of Russia actively reduced its key rate to stimulate the economy and business activity.

So, the regulator lowered it from 6.25 to 4.25% per annum - the minimum level for the entire post-Soviet period.

However, since March 2021, in order to slow down inflation, the Central Bank began to raise the rate and today brought it to 9.5% per annum.

It is assumed that the tightening of monetary policy will lead to an increase in interest rates on loans and bank deposits, which will allow to cool consumer demand and thereby contain price increases.

“We see that the Central Bank does not have much choice in the current situation.

The regulator needs to repay inflationary risks, and this can be done with a very limited set of tools.

The main one is the rate increase, ”Oleg Samoilov, vice president of the Russian Guild of Realtors, told RT.

As the specialist explained, at the moment most developers take borrowed funds for the construction of facilities.

“It is logical that for buyers, in fact, the only working option to purchase real estate now is a mortgage loan.

Accordingly, an increase in the rate also leads to an increase in interest on housing loans, which puts pressure on consumer demand in the industry,” Samoilov added.

It should be noted that over the past year, the average market mortgage rate for new buildings in Russia has increased from 7.86 to 10.49% per annum, and for finished housing - from 8.06 to 10.58% per annum.

This is evidenced by the materials of the company "DOM.RF".

According to the latest estimates from Rosstat, inflation in Russia accelerated to 8.8% in early February.

Against this background, the Central Bank does not exclude another increase in the key rate at the next meetings of the Board of Directors.

In such conditions, the growth rate of mortgage lending in Russia can seriously slow down within six months, says Valery Mironov, Deputy Director of the Institute for Development Center of the National Research University Higher School of Economics.

“So far, the volume of lending in the country continues to grow steadily, and we understand that in the coming months the regulator will continue to raise the rate.

However, the availability of housing loans in Russia is still high due to existing preferential programs, according to experts interviewed by RT.

So, for example, today families with one or more children born after January 1, 2018 have the opportunity to take out a mortgage at 6% per annum.

The maximum amount of such a loan depends on the region: for Moscow, St. Petersburg, Moscow and Leningrad regions it is 12 million rubles, and for other regions of the country - 6 million rubles.

In addition, until July 1, 2022, all Russians can apply for a loan for the purchase of housing in a new building worth no more than 3 million rubles at a rate of up to 7% per annum.

As part of the initiatives, the reduced interest will be valid for the entire term of the loan.

At the same time, the state reimburses the difference between the market and preferential rates to banks.

It is noteworthy that the banks themselves provide subsidized loans at a lower interest rate than stated in the programs.

So, according to DOM.RF, financial institutions issue preferential mortgages at an average of 5.89% per annum, and family mortgages at 4.75% per annum.

Most likely, against the backdrop of an increase in the key rate of the Central Bank, the government will continue to support developers.

Perhaps the authorities will provide preferential loans for the industry or will cover the costs of developers for the construction of related infrastructure,” concluded Valery Mironov.