The Emirates Central Cooling Systems Corporation (Empower) expected to list its shares on the Dubai Financial Market in the fourth quarter of this year, noting that the listing advisor had already been appointed. Empower achieved a net profit of 936 million dirhams during 2021, an increase of 4%. 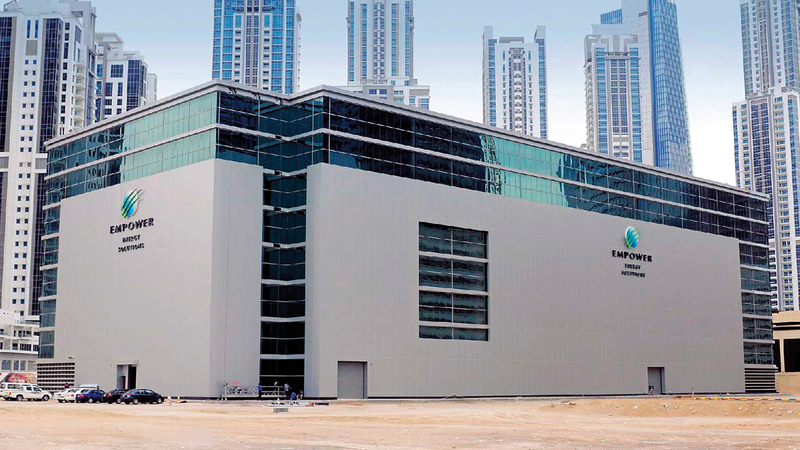 The Emirates Central Cooling Systems Corporation (Empower) expected to list its shares on the Dubai Financial Market in the fourth quarter of this year, noting that the listing advisor had already been appointed.

Empower achieved a net profit of 936 million dirhams during 2021, an increase of 4% compared to the previous year.

In detail, Ahmed Bin Shafar, CEO of the Emirates Central Cooling Systems Corporation (Empower), expected the company to list on the Dubai Financial Market before the end of 2022. Bin Shafar indicated, in a press conference, on the sidelines of the company’s results announcement, that the listing advisor had already been appointed. He declined to give his name.

In addition, Empower, the largest provider of district cooling services in the world, announced record revenues of a total of 2.464 billion dirhams for the fiscal year 2021, an increase of 9.3% compared to revenues in 2020. It achieved net profits of 936 million dirhams, an increase of 4% during the comparison period.

Bin Shafar said, "The year 2021 was an important milestone in the history of (Empower), and a milestone in its path at all levels," explaining that "the successes achieved during the past year are unprecedented in quantity and quality, and many factors contributed to their achievement, most notably the strategic business model." Which was based on investing in infrastructure and being proactive in adopting and developing modern technologies that pave the way for the success of our expansions in the district cooling market in Dubai, supported by the significant growth in service supply networks to the largest diversified projects in the city, which greatly increased the portfolio of projects and customers benefiting from (Empower) ».

Bin Shafar pointed to the corporation’s global superiority in providing high-quality and environmentally friendly district cooling services with international standards, stressing that its success in concluding the three largest historical acquisitions deals, the largest of its kind in the world within a few months last year, establishes the certainty that Empower It will jump in its performance to unprecedented levels and will record historical financial results in the coming years.

He pointed out that the year 2021 is one of the most important years in Empower's career, as it concluded within three months three acquisitions, which began in August by acquiring the cooling activities of "Nakheel Real Estate" with 860 million dirhams, with a cooling capacity of 110 thousand tons, and that deal was an extension of the previous acquisition. On “Palm Utilities” and “Palm District Cooling”, with 1.83 billion, then followed it days later by signing a second deal with “Meydan City” Corporation worth 100 million dirhams, with a cooling capacity of 382,000 tons, and the appetite of Emirates Systems Corporation did not stop. Central Cooling "Empower" in these two deals, which extended to acquire the activity of district cooling systems serving Dubai International Airport with a total value of 1.1 billion.

He pointed out that the number of buildings provided by Empower with district cooling services reached more than 1,413 by the end of 2021, most notably: Marsa Al Arab, One Zabeel, The Residences Dorchester Collection, Uptown, Al Wasl 1 and other huge buildings. District cooling consumption increased by 17% over 2020.

• «The Corporation» recorded record revenues of 2.464 billion dirhams during 2021.

The Emirates Corporation for Central Cooling Systems “Empower” succeeded in strengthening its employee base to reach more than 841 male and female employees during 2021, as the percentage of Emiratisation in the “Employment” exceeded 15% of the total employees, while the percentage of citizens in senior positions reached 48%.

Empower provides district cooling services to more than 64% of the residential buildings sector, and 15% of the commercial and office buildings sector, as the share of the hospitality and hotels sector increased to 14%, an increase of 1% over last year, while the health sector increased to 3% and distributed the 4 The remaining percentage is on the sectors of education, entertainment, shopping centers and others.