Emaar achieves the highest real estate sales since its inception

Emaar Properties, listed on the Dubai Financial Market, announced that it achieved an amazing growth in real estate sales during 2021, which rose by 209% to reach 33.762 billion dirhams, compared to sales in 2020, which amounted to 10,902 billion dirhams.The company stated in a statement, that those 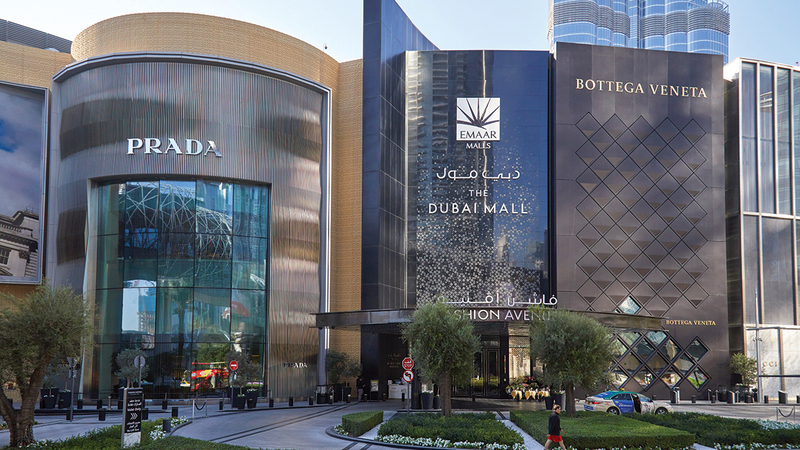 Emaar achieves the highest real estate sales since its inception

The assets of Emaar Malls maintained occupancy levels of 87%.

Emaar Properties, listed on the Dubai Financial Market, announced that it achieved an amazing growth in real estate sales during 2021, which rose by 209% to reach 33.762 billion dirhams compared to sales in 2020, which amounted to 10,902 billion dirhams.

The company said in a statement that these figures confirm investors' continued confidence in the "Emaar" brand, pointing out that it is the highest real estate sales recorded by "Emaar" since its establishment in 1997.

The company added that, supported by strong real estate sales, and the strong performance recorded by the revenues of the shopping malls, retail and hospitality businesses, "Emaar" in 2021 recorded revenues of 28.27 billion dirhams, an increase of 57% compared to 2020.

Emaar confirmed that it now owns a high percentage of the accumulated real estate sales of projects "in progress", amounting to 46.057 billion dirhams, the revenues of which will be calculated in the coming years, which reflects the strength of the company's financial position and its ability to maintain high revenues, profitability and shareholder returns in foreseeable future.

Mohamed Alabbar, founder of Emaar Properties, said: "We expect Emaar's portfolio of key and sustainable assets to continue to benefit from the fundamental shifts in the real estate market, in tandem with the company's approach to improving its portfolio."

He stressed that Emaar has a wide development plan, a large stock of land, as well as a strong base of loyal dealers, and a dedicated and dedicated team, all of which enhance the company's position and its readiness to implement its clear strategy with the aim of achieving attractive and sustainable returns for all stakeholders.

Emaar International's business recorded revenues of 5.096 billion dirhams, a growth of 66% compared to 2020, which represents 18% of the total revenues of Emaar, supported by successful operations in Egypt, India and Pakistan.

As for Emaar Malls, it announced its revenues for the year 2021, which amounted to 4.988 billion dirhams, with a net profit of 1.832 billion dirhams, which represents a growth of 42% and 160%, respectively, compared to 2020. The assets of Emaar Malls maintained strong occupancy levels. It reached 87%.

As for "Namshi", the electronic platform specialized in the trade of fashion and lifestyle products, which is wholly owned by "Emaar Malls", it recorded sales of 1.541 billion dirhams during 2021, driven by its continuous growth in Saudi Arabia, Kuwait, and other Gulf Cooperation Council countries, as well as Launched in Qatar early 2021.