“The discussion is yet to come”: what the government and the Central Bank can agree on in relation to cryptocurrencies

The Bank of Russia intends to discuss with the government the issue of regulation of cryptocurrencies. According to the head of the Central Bank, Elvira Nabiullina, the regulator will try to convince the Cabinet of Ministers of its arguments about the possible risks of digital money. The government, in turn, is in favor of regulating the industry, as this will bring the digital currency industry out of the shadows. Which of the approaches can be the most optimal for the economy - in the material RT. 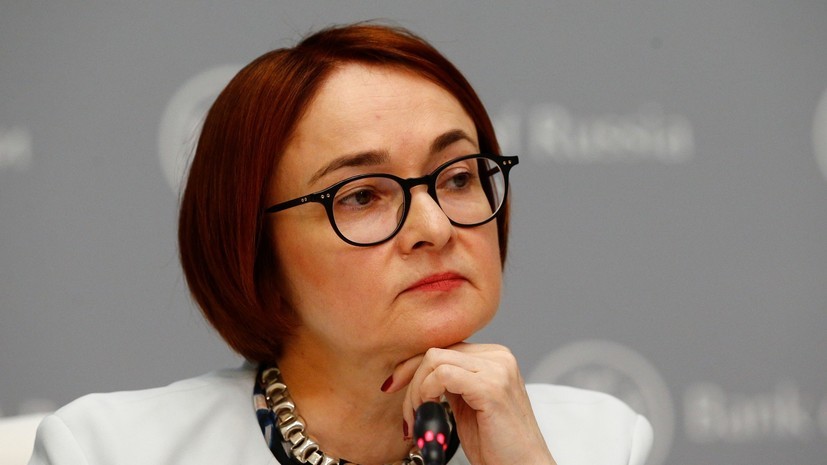 The Bank of Russia will try to convince the government of its arguments on the regulation of cryptocurrencies.

This was announced on Friday, February 11, at a press conference by the chairman of the Central Bank, Elvira Nabiullina.

According to her, the approaches to digital money presented earlier by the Central Bank and the Ministry of Finance make it possible to make further discussion of the topic more transparent.

“The discussion is yet to come… I hope that we will hold this discussion in a constructive way, understandable for society, so that everyone can express their positions and arguments,” the head of the Central Bank added.

Nabiullina recalled that the Central Bank sees threats in the expansion and development of the cryptocurrency market for the welfare of citizens, money circulation and financial stability of Russia.

In turn, the initiatives presented by the government do not yet allow eliminating these risks, the chairman of the regulator believes.

“The concept of the Ministry of Finance speaks of some advantages from the legalization of cryptocurrencies, and this argument confuses us.

We will discuss this.

But even more embarrassing is that the concept of the Ministry of Finance does not yet respond to the risks that we point out, ”Elvira Nabiullina emphasized.

Recall that at the end of January, the Central Bank announced possible measures to tighten regulation of the cryptocurrency market in Russia.

In particular, we are talking about a complete ban on mining, issuing and exchanging digital money.

In addition, the Central Bank proposed blocking any transactions with electronic coins using the country's financial infrastructure, as well as prohibiting banks from investing their funds in cryptocurrency.

At the same time, the Ministry of Finance did not support the tough position of the Central Bank and, on the contrary, advocated the regulation of the cryptocurrency market, as well as the development of blockchain technology.

This approach, according to experts of the department, should ensure market transparency and thereby protect citizens from possible risks.

At a meeting on January 26, Russian President Vladimir Putin instructed the government, together with the Central Bank, to reach a consensus on the cryptocurrency market.

As the president stressed, the Bank of Russia is making the necessary efforts to "introduce the latest technologies in this area of ​​activity."

At the same time, the head of state drew attention to the problems identified by the regulator.

“According to experts of the Central Bank, the expansion of this type of activity carries certain risks, and first of all for the citizens of the country, given the high volatility and some other components of this topic.

Although, of course, we also have certain competitive advantages here, especially in the so-called mining.

I mean a surplus of electricity and well-trained personnel available in the country,” Putin said.

On February 8, the Russian government approved the concept of legislative regulation of cryptocurrencies.

According to the document, it is planned to introduce a mechanism for the circulation of digital assets in the country's financial system and ensure control over cash flows.

In turn, to protect the rights of citizens, it is proposed to divide investors into qualified and unqualified, as well as to approve the requirements for licensing cryptocurrency exchanges.

Marketplaces will be required to have financial airbags.

At the same time, market participants will need to inform citizens about the increased risks of transactions with cryptocurrencies.

“Implementation of the concept will ensure the creation of the necessary regulatory framework, will bring the digital currency industry out of the shadows and create the possibility of legal business activities,” the government believes.

The path to compromise

According to him, the concept was created with the participation of different parties and will allow the cryptocurrency industry to maintain its leading position in the digital economy.

As a result, according to the expert, a new industry will appear in Russia, which will bring taxes and create jobs.

At the same time, qualified industry specialists will not have to go abroad, the specialist emphasized.

“If we take the concept of a ban as a basis, then the market will not disappear, but simply go into the shadows.

This was the case, for example, in the USSR, when it was forbidden to use the dollar in settlements, but the currency was still in circulation, albeit illegally.

In addition, from a technical point of view, it is virtually impossible to implement the Central Bank’s plan to ban cryptocurrencies,” said Yuri Pripachkin.

A similar point of view in an interview with RT was expressed by EXANTE analyst Vladimir Ananiev.

According to him, if the cryptocurrency industry goes into the gray zone, tax evasion and illegal operations will “begin to flourish” in Russia.

As the analyst noted, the concept of the government fully takes into account the interests of the state and the crypto community.

Moreover, the Cabinet of Ministers is already compromising with the Central Bank and supports the position of the regulator that cryptocurrencies in Russia should not be a means of payment.

“The Central Bank talks about the risks of losing funds in cryptocurrency.

This is indeed a risky investment of money, but the loss of your investment is also possible in the traditional market: in stocks and bonds - there are no guarantees anywhere.

In the past year alone, a number of popular American, Chinese and Russian stocks have lost tens of percent of their value.

Nevertheless, no one talks about the dangers of the stock market, ”Ananiev emphasized.

Note that today Russia is one of the leading players in the global cryptocurrency market.

According to some reports, the volume of digital money transactions made by Russians annually is about $5 billion, and the share of Russians on some crypto exchanges exceeds 14%.

At the moment, citizens of the country have opened more than 12 million cryptocurrency wallets with a total amount of funds in the amount of 2 trillion rubles.

In addition, in August 2021, Russia ranked third in the world in terms of bitcoin mining.

According to experts, the regulation of the cryptocurrency market will strengthen the country's position in the global digital arena.

At the same time, experts believe that Russia should follow the example of China in this matter.

“China has introduced a number of bans on the cryptocurrency industry, but at the same time created a digital yuan and a special zone where the use of crypto is allowed, and now they are testing the interaction of the electronic national currency and other crypto money.

In this vein, it seems to me, our regulator needs to go as well,” Yuri Pripachkin concluded.