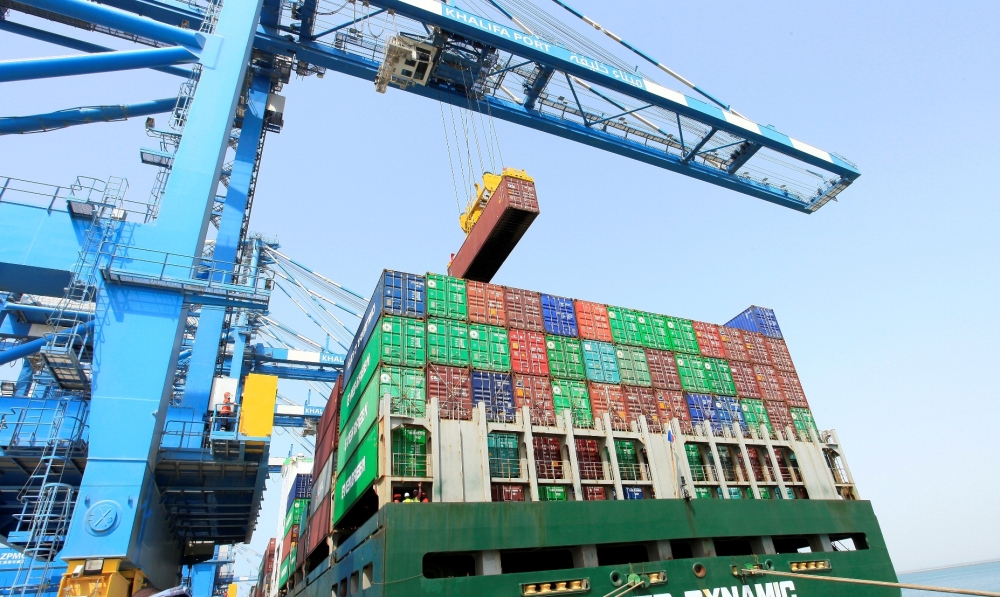 Abu Dhabi Ports attributed this rise to the growth in handling volumes, diversification in business sectors, and the conclusion of new partnerships.

In turn, the value of the group's assets by December 31, 2021 amounted to 28.5 billion dirhams, while the capital shares rose to 10.7 billion dirhams.

Abu Dhabi Ports pointed out that these figures do not reflect the last event in January 2022, which contributed to the increase in assets and capital shares, as the Holding Company (ADQ) transferred the ownership of the shares of two listed companies to the Abu Dhabi Ports Group to include 22.32%. of the shares of the Logistics Services Company (Aramex), and 10% of the National Marine Dredging Company, which has a combined market value of about 2.4 billion dirhams, according to the closing price of the two companies’ shares on February 7, 2022, in addition to the group’s attraction of 4.0 billion dirhams in an initial issuance before Listing its shares on the Abu Dhabi Securities Exchange.

The Abu Dhabi Ports Group stated that it was granted an (A+) rating with a “stable outlook” by the credit rating agencies “S&P” and “Fitch” in 2021.

The Chairman of the Abu Dhabi Ports Group, Falah Mohammed Al Ahbabi, said that these distinguished results reinforce the position that the group enjoys during a period when trade and the global supply chain witnessed many challenges.

He added: “Within the framework of our vision to adopt a culture of innovation and build strategic partnerships with international companies, we will continue to work to achieve strong results and maintain the momentum of growth, and the credit for what the group has achieved today is due to the directives of our leadership and its constant and continuous support for our ambitious plans aimed at achieving Achieving economic diversification and supporting the manufacturing sector in the country.

For his part, the Managing Director and CEO of Abu Dhabi Ports Group, Captain Mohamed Juma Al Shamsi, indicated that the group recorded significant growth during 2021, thanks to the outstanding performance achieved by its business.

He added, "The group's ports and economic cities continued to achieve excellent revenues, while the expansion of logistics services and the growth of the freight business had a significant impact on increasing revenues."

Al Shamsi expressed his confidence that the group is in an ideal location that allows it to accelerate its local and global expansion plans during the current year and beyond, and to make a tangible impact across a wide range of sectors.

In addition, the volumes handled by the Abu Dhabi Ports Group in 2021 recorded record annual levels of 45 million tons, an increase of 30 million tons over 2020, while the industrial zones of the economic cities and free zones sector succeeded in leasing a variety of lands with an area of ​​three million square meters. During the same period, reflecting the recovery and economic recovery from the effects of the “Covid-19” pandemic.

As for the container handling business, volumes recorded a remarkable growth, reaching 3.4 million TEUs in 2021, an increase from the previous figure recorded in 2020, which amounted to 3.2 million TEUs, despite the ongoing challenges and restrictions on the supply chain and the global container shipping market. .