The UAE is the first regionally in attracting venture capital investments 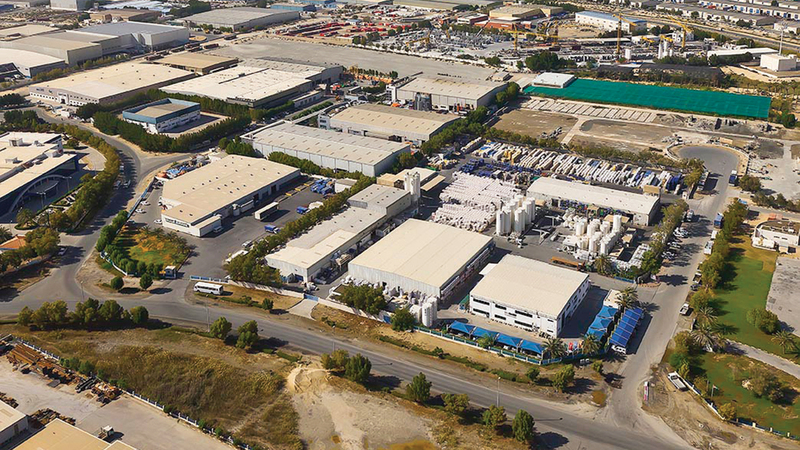 “Magnet” described it as the most active market in the region and attracted 4.3 billion dirhams

The UAE is the first regionally in attracting venture capital investments

The UAE ranked first regionally, at the level of the Middle East and Africa, in attracting venture capital invested in emerging projects, according to the Magnitt platform’s report on “Venture Capital Markets and the Status of Financing for Startups in the Middle East, Africa, Turkey and Pakistan” for the year 2022.

The report described the UAE as the most active market in the Middle East and Africa, as it succeeded in attracting venture capital totaling about 4.3 billion dirhams (1.165 billion dollars) in 2021, achieving a significant growth leap in this regard compared to 2020, at a rate of up to 93%, as this is the first time in the history of the UAE that venture capital investments in emerging projects exceed the $1 billion barrier.

Minister of State for Entrepreneurship and Small and Medium Enterprises, Dr. Ahmed Belhoul Al Falasi, said that the result achieved by the UAE in the field of attracting venture capital and financing start-up projects represents a new achievement added to the record achieved by the state, thanks to the support and vision of its leadership in developing and diversifying its national economy. And providing an advanced ecosystem for entrepreneurship and start-ups, small and medium companies in the UAE, and consolidating its position as a first destination for business and pioneering projects in the region and the world, in line with the 50 goals and the determinants of the "UAE Centennial 2021".

Al Falasi added: “2021 is an exceptional year for the entrepreneurship sector in the UAE, as the country has succeeded in achieving a major developmental leap that doubles in the volume of venture capital investments that have been attracted and attracted to finance start-ups and small and medium-sized companies in the country, in conjunction with the launch of national projects. An integrated and gigantic one to achieve a fundamental shift in the entrepreneurship system, foremost of which is the Home of Entrepreneurship, and the (50 projects) directed at serving entrepreneurs and owners of entrepreneurial projects.

The Magnet report indicated that the venture capital investments received by the UAE in 2021 were distributed among 155 start-up projects in the country, with a growth of more than 12% compared to 2020, and the report indicated that the UAE ranked first in all regions that Covered by the report, including the Middle East, Africa, Turkey and Pakistan, in terms of the average size of a single financing deal, it amounted to about 28 million dirhams in 2021, a growth of 72% over the average volume of financing deals concluded in 2020, which consolidates the position of the UAE as an incubator for growth Projects and support for the unicorn business model.

The report also indicated that the UAE ranked first in the Middle East and Africa in the number and size of acquisition deals, as it witnessed 11 acquisitions out of 35 operations in the region, and the total volume of these deals amounted to 2.2 billion dirhams (605 million dollars). It reflects the vitality of the startup market in the country, and its promising prospects for growth, especially with regard to the return on investment for business owners and investors, and the prosperity of the labor market and jobs in this sector in the country.

According to the report, the UAE accounted for about 46% of the total venture capital received by the Middle East and Africa combined in 2021, and more than 26% of the total number of deals concluded in this same region last year, which reflects The high confidence of regional and international investors in the UAE markets and the promising prospects for growth through them.

The report also stated that the UAE represented the preferred destination in the Middle East and Africa for the relocation of the headquarters and regional headquarters of emerging companies to it, noting that one of the most prominent of these operations in the country's markets last year was the move of the Lebanese company "Anghami" for music broadcasting through digital platforms to the market. Abu Dhabi International, the Egyptian company “Swvl” for transformational mass transit solutions based in Dubai, and the American “Stripe” which is one of the leading financial technology companies in the Silicon Valley in the United States and which has chosen Dubai as a springboard for its regional expansion in the Middle East and North Africa, and WeWork, an American company for commercial real estate and office workspace solutions, which operates in Abu Dhabi and Dubai.

The report revealed that the top five activities in attracting capital in this region included, in order, food and beverages, financial technology, e-commerce, transportation and logistics, and enterprise software.

• The UAE is the first regionally in the number and volume of acquisition deals, at a rate of 11 out of 35, with a total of 2.2 billion dirhams.