The Federal Center for Competitiveness and Statistics stated that the UAE ranked first in the Arab world and in the region, and was among the top 10 globally in a number of global competitiveness indicators related to international trade in 2021, according to a number of international reports, which confirms the commercial position 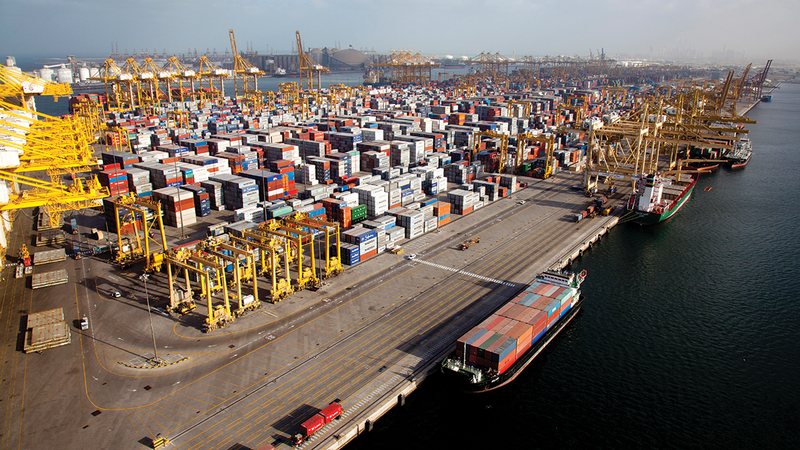 Competitiveness and Statistics: Non-oil trade is based on economic openness and trade liberalization

The UAE leads the world in the "Growth Index of Commercial Services Exports".

The Federal Competitiveness and Statistics Center reported that the UAE ranked first in the Arab world and in the region, and came among the top 10 globally in a number of global competitiveness indicators related to international trade in 2021, according to a number of international reports, which confirms the great commercial position of the state, and its growing influence in the movement global business.

The UAE also ranked first at the Arab and regional levels, and sixth globally in the "Index of Exports of Creative Goods", according to the "Global Innovation Index 2021" issued by the "Insead Institute". to start a business,” according to the Travel and Tourism Competitiveness Report issued by the World Economic Forum.

The "Competitiveness and Statistics" report stated that the UAE also ranked first in the Arab world and the region, and 10 globally in the "Logistics Performance Index: Quality of Trade-Related Infrastructure", according to the Sustainable Development Goals report issued by the Bertelsmann Foundation.

The Federal Center for Competitiveness and Statistics stated, in the report "Emirates Figures" issued on the occasion of the golden jubilee of the state, that since the early years of the establishment of the state, non-oil foreign trade has constituted one of the strategic priorities of the government, which is based on the foundations of economic openness, trade liberalization, and the consolidation of the state's position, as An advanced center on the global trade map.

He added that the UAE succeeded, during half a century, in recording great leaps in its non-oil commodity trade, rising only five years after the establishment of the union, from 11.458 billion dirhams in 1975 to 1 trillion 403 billion and 167 million dirhams in 2020, an increase of 12,146.2%, This is thanks to the strong trade relations that the UAE enjoys with all governments of the world, in addition to its advanced infrastructure, including world-class airports and ports, and logistical and banking systems capable of providing an ideal response to trade requirements.