Funcas shoots his average inflation forecast for this year to 3.5%, 1.1 points more than what he said in November

The Funcas panel of analysts believes that prices will shoot up an average of 3.5% throughout the year 2022, 1.1 points more than it had forecast in its last... 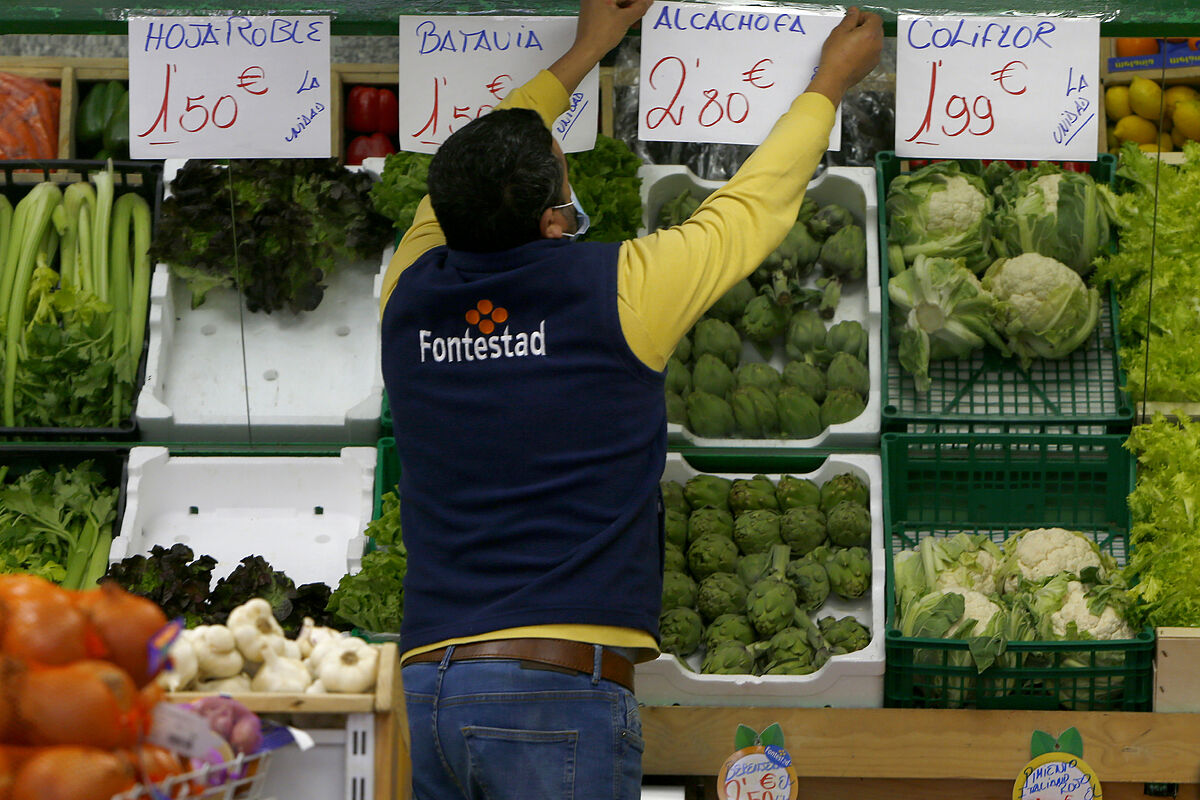 prices will shoot up an average of 3.5%

than it had forecast in its latest estimates in

, as reported by this Wednesday.

In fact, some of its members are more pessimistic and believe that average inflation in 2022

and International Financial Analysts (AFI) place it at 4.3%.

Given that other research houses have more moderate estimates,

"Since the general inflation rate rose to 5.4% in October, especially due to the price of energy products and the recovery of the prices of certain services to pre-pandemic levels,

inflation has not stopped increasing

until reaching a 6.5% interannual rate in December.

These high rates show that

the increase in production costs is being transferred to final consumer prices,"

With the expected path of inflation, prices will moderate in the second half of the year, but they will still end up

This represents an increase over the increase that has already occurred this year, since in December prices rose by 6.5%.

-which does not take into account the price of food or energy products, which are traditionally more volatile- it will rise by six tenths, compared to the previous consensus forecast, to

1.2 percentage points more than that registered in 2021.

Given the expected price hike, Funcas analysts believe that

central banks will have no choice but to act,

which will have an impact on interest rates and also on the value of the euro.

A pronounced turn of the Federal Reserve

and a greater gradualism on the part of the ECB are anticipated, reflecting the difference in conjunctural positions and, above all, in inflation. In this context, the panelists consider that

market interest rates will continue to increase during the period

Given the shift in monetary policy in the US and the prospect of more pronounced increases in interest rates than in the eurozone, "

the dollar has tended to appreciate against the euro

since the previous Panel. For most panelists, the current price, close to $1.13,

will hold throughout the forecast period."

The Funcas Panel has also taken the opportunity to update its growth forecasts for the Spanish economy: it believes that the GDP will rebound by

5.6% this year, one tenth less than forecast in the previous panel.

They consider that the growth profile will be

homogeneous throughout all quarters

, with advances of 1% in all except the third, which will be higher.

"National demand will add 4.9 percentage points -two tenths less compared to the November Panel-, with a

lower growth in public consumption and a similar result in that of households. The foreign sector will contribute seven tenths", they point out.

For these forecasts, they assume that energy and raw material prices will remain high until spring and then fall;

25,000 million of European Next Generation funds were executed.

which represents a cut of one and two tenths, respectively, in relation to the forecast of November.

The panelists expect a

, five tenths less than in the previous Panel.

This forecast is lower than that of the Government Budget Plan, which places the deficit at 8.4% of GDP.

, the consensus expects a

in this case above the Government forecast (5%).

MacroeconomicsArgentina debates negotiating with the IMF or slamming the door

PricesInflation in the Eurozone reaches 5% in December and closes the year with an average of 2.6%, exceeding the ECB's target