Telemarketing .. “annoyance” and an unwelcome method in the real estate market

Realtors stressed that real estate promotion over the phone is an uncivilized method, and a constant source of inconvenience to investors, unwelcome, in addition to being an attack on personal freedoms, stressing the need for ways to deter violating companies, and to eliminate this phenomenon completely, as well as finding a solution to leak a statement 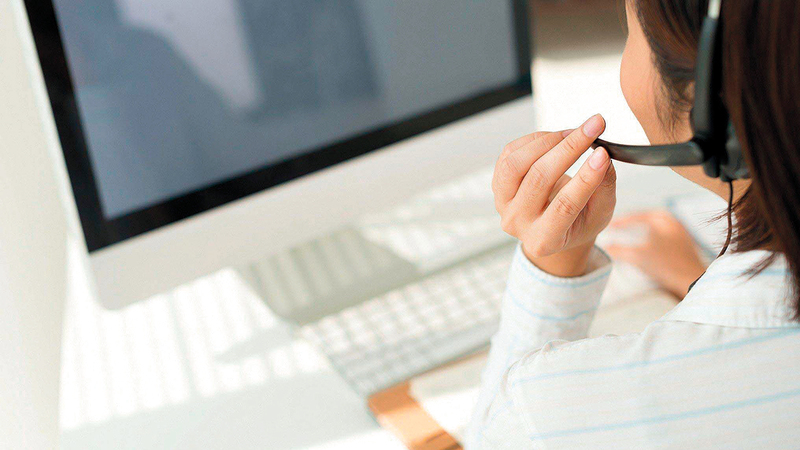 Realtors stressed the need to punish the leakage of customer data

Telemarketing .. “annoyance” and an unwelcome method in the real estate market

Realtors stressed that real estate promotion over the phone is an uncivilized method, and a constant source of annoyance for investors, unwelcome, in addition to being an attack on personal freedoms, stressing the need for ways to deter violating companies, and to eliminate this phenomenon completely, as well as finding a solution to leaking dealers data. , obtaining it illegally, and working on better systems to protect information.

They explained to "Emirates Today" that the foundations of a good purchase include the necessity of sitting with the real estate marketer, getting to know the property, its area, and payment methods, pointing to strategic alternatives to attract those interested in buying or renting, such as social networking sites and well-known applications: "Instagram", "Snap". Twitter, and Facebook.

In turn, investors confirmed that they were repeatedly harassed by real estate marketers over the phone, describing this method as boring and outdated.

The investor, Alaa El-Din Bayoumi, said that he receives a number of these calls daily, pointing out that this type of marketing is boring, old and repetitive, and alienates the investor.

For her part, the investor, Aisha Al-Hashemi, confirmed that she is blocking the numbers of callers, pointing out that the matter is not limited to real estate, at a time when calls are made more than once per minute.

As for the investor, Mohamed Diab, he said that he tactfully apologizes, because he looks at the human side of the matter. The marketer is an employee who wants to keep his job and his salary.

In addition, the Chairman of the Board of Directors of W Capital Real Estate Brokerage Company, Walid Al-Zarouni, described real estate promotion over the phone as an "uncivilized method", pointing out that it is not a new method, but it remains a source of inconvenience to dealers.

Al-Zarouni said that the foundations of a good purchase include the necessity of sitting with the real estate marketer, getting to know the property, the space available in it, and the payment methods.

He added that the broker has during the current period several methods that help him to attract customers, including marketing through social networking sites, and publishing advertisements on these sites or newspapers and television, stressing that phone calls are not suitable in any way to promote in the real estate sector.

In turn, the managing director of Harbor Real Estate Company, Muhannad Al-Wadiya, said that unauthorized phone calls by marketers are not welcome, pointing to other strategic alternatives to attract those interested in buying or renting, through the media and not advertising.

Al-Wadiya stressed the importance of the customer getting to know the company's reputation in professional ways with licensed advertisements, not annoying.

He continued, "With the spread of social media channels now, there are options for promoting and marketing in professional and thoughtful ways, with no disturbance."

Al-Wadiya stressed the need to find ways to deter violating companies, pointing out that the Real Estate Regulatory Agency is a pioneer in this matter, with the need to continue this work to eliminate this phenomenon completely.

He said, "It is necessary to move away from this bad traditional method that obtains dealers' data illegally, by stealing data from major companies through an internal employee, and offering it for sale, to be then traded in the market," stressing the need for better systems to protect information. And punish those who promote this data, and there is a way to educate real estate companies, and stop buying this data, so that this phenomenon ends permanently.

For his part, real estate expert Mohammed Al-Hafiti said that phone calls are one of the marketing methods in general, and in the real estate sector in particular.

Al-Hafeiti stressed that the random use of customer data and communication is a phenomenon that must be eliminated, and causes great inconvenience to some users who do not want to receive this type of communications.

He explained that some dealers can manage this issue in a positive way, if they wish to receive this type of offers and marketing calls, indicating that some dealers wish to educate themselves on a continuous basis regarding the projects that are presented from one period to another, and to be aware of these projects. .

Al-Hafiti affirmed his refusal to leak dealers’ data, saying: “This issue poses a great danger to dealers and the reputation of the market,” calling for the need to curb this leak completely, definitively and definitively, and to put all deterrent measures to prevent this type of wrong practices in the real estate market.

In the same context, the CEO of "Standard Real Estate Management Company", Abdul Karim Al Mulla, said that phone calls by marketers in the real estate sector are unhealthy, and its results are negative, pointing to the society's dissatisfaction with this method of marketing, as it carries annoying communications and an attack on Personal freedoms, as the marketer calls at inappropriate times, stressing the importance of stopping these communications in any way.

Al Mulla explained that there are other means of real estate marketing that are better than phone calls, such as e-mail, SMS text messages on the phone, or social media, so that a person has the freedom to choose whether to communicate with the real estate marketer or not.

Al-Mulla also stressed the need for a response to companies that misuse data in real estate marketing, or distribute phone numbers to third parties and companies that contact customers, which causes them great inconvenience.

He referred to the Telecommunications Regulatory Authority's services regarding displaying the data of the landline caller's number, which allows customers to know the caller's data.

As for the real estate broker, Muhammad Al Ali, he said that real estate marketing over the phone is very annoying.

He stressed that this method of marketing can be dispensed with, with alternatives to it online, social networking sites, and well-known applications such as: "Instagram", "Snap", "Twitter" and "Facebook", pointing out that "Social" applications Media» is a good means of e-marketing.

The Department of Economic Development in Abu Dhabi revealed the start of imposing penalties, including fines ranging between 3 thousand and 10 thousand dirhams, up to the limit of closure, on violating commercial establishments that practice telemarketing in the emirate, in violation of a circular issued by the department prohibiting telemarketing. .

The department explained in exclusive statements to "Emirates Today", that the application of penalties for telemarketing is carried out on all violating licensed commercial establishments in Abu Dhabi, in accordance with the laws and regulations in force in the department, stressing that this achieves many goals, including controlling the market, and upgrading activities. commercial.

And the "Abu Dhabi Economy" confirmed that it decided to ban telemarketing practices in the emirate, after complaints increased during the recent period from many segments of society, including citizens and residents, about telemarketing, which caused them inconvenience due to the contact of marketing representatives almost all the time, and some These representatives are begging the consumer, and they are very urgent, to display their products or services in a way that violates the privacy of the consumer, in addition to that some telemarketing activities are carried out for the purpose of fraud and deception.

The department pointed out that the negatives of telemarketing are many, the most important of which lies in the violation of consumers’ privacy by calling at all times of the day without taking into account the consumer’s need for comfort, and the extreme urgency in offering services even if the consumer refuses to continue the call, or does not want to acquire the product, or The service, in addition to repeating contact with the consumer despite the rejection of the service or offer in advance.

The "Abu Dhabi Economy" called on all owners of commercial establishments in the emirate to respect consumer privacy, and not to market through direct telephone contact, explaining that the decision protects consumers in the first place, maintains their comfort and privacy, and also prevents many marketing activities that are carried out for the purpose of fraud.

The Abu Dhabi Economy confirmed that it is possible to limit telemarketing activities without harming commercial establishments, through the commercial establishments' full commitment to the department's decision to prevent any marketing activities or practices that would violate the privacy and comfort of the consumer, and thus prevent phone communication with consumers.

The department expressed its no objection to making calls in the event that the consumer agreed to receive marketing telephone calls, explaining that the approval comes by registering interest in communicating with the consumer, through shops, social media platforms, and websites, for example.

The department stressed that commercial establishments should be cautious, as the Abu Dhabi Department of Economic Development will impose the penalty on violating establishments, if it is proven that marketing activities were conducted over the phone, or as a result of the investigation of consumer complaints.

She indicated that the circular targets only direct telephonic marketing, and no other marketing activities are involved in the decision, stressing keenness, at the same time, to provide the best environment for citizens, residents and visitors, and protect them from any commercial or marketing practices that violate their rights to privacy and comfort.

• «Abu Dhabi Economy» confirmed that the decision is to protect the privacy of consumers and to guard against «fraud».