The secret business cracked by the camera: a family's privacy is less than 10 yuan 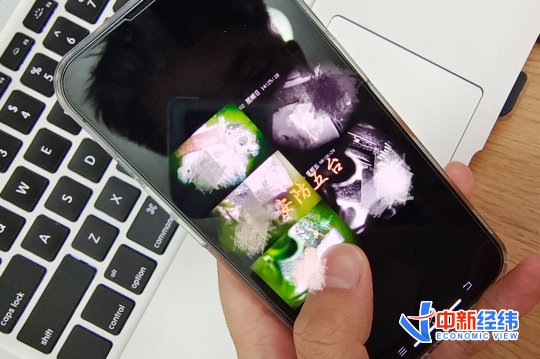 The secret business cracked by the camera: a family's privacy is less than 10 yuan and is resold layer by layer

What kind of interest chain is hidden behind this?

Hotels and families are the "hardest hit areas"

An interview with a reporter from Sino-Singapore Jingwei found that smart cameras often used in home scenes and pinhole cameras hidden in hotel rooms are becoming a window for criminals to peep.

Some criminals use technical means to crack home cameras, while others install cameras in hotel rooms, upload cracked or secretly filmed videos to the Internet or sell them for profit, and have developed into a mature black industry chain.

In this way, the privacy of a family can be seen for less than 10 yuan.

Source of price list from a seller: Respondent provided

"The home version is cracked, and the hotel version is installed by the owner. They are all high-quality high-quality products. You pay for the price. I will send you the tutorial and account password. The operation is simple and you can check the goods through video." Xiaochao sent a surveillance video of a living room. The video was displayed earlier in the day. The video clearly showed that the two were sitting on the sofa watching TV.

However, Xiaochao soon withdrew the video.

The seller He Xing (pseudonym) also sells two versions of the camera ID, but both are hotel scenes.

"7 units are 680 yuan, 5 units are 580 yuan, the next software login account password is enough, and you can watch for a month," according to He Xing, "unit" is their professional term, "unit" refers to a camera ID .

"Simple understanding, 7 cameras are 7 cameras, which are the resources of 7 rooms, and all I have are boutiques."

Source of screenshots of monitoring pages: provided by respondents

In order to prove the clarity of the video resources, He Xing then sent a screenshot of the surveillance page. From the screenshot, it can be clearly seen that the camera is aimed at the position of the bed in a hotel room.

After about 3 seconds, the photo says "Flash Destroyed".

He Xing also said that he bought these camera IDs, "the cameras installed by the owner also have the IDs in their hands. The number of cameras is fixed every month, and they will be sold out when they are sold out, but new ones will be issued regularly. He Xing said that if he wants to be an agent, he can help contact the owner. "If you pay 3,000 yuan for the agency fee, you can get the ID from the owner. You can decide how much to sell. If you want to be an agent, you can sell 4 or 5 orders a day. I earned it, and it was very popular.”

How does the camera "break the defense"?

As for how the "home version" was cracked, Xiaochao said: "I can't tell you this, you can just watch it." After repeated questions, Xiaochao revealed that the camera IDs he sold were all bought from "Shangjia" Come on, he's just an agent.

"The home cracker uses 'table sweeping software', and the hotel's is secretly installed by the owner. There is no crack, so I can't talk about anything else."

He Xing also revealed that the reason why the home camera could be cracked was the use of "sweeping software".

A reporter from China-Singapore Jingwei noticed that some sellers also sell "sweeping software" while selling camera IDs, with prices ranging from 400 yuan to 600 yuan.

A seller said, "My software is made by professionals, and it is very efficient. The price is 500 yuan, and cameras in homes, supermarkets or other places can be cracked."

So, can the "sweeping software" in the seller's mouth really be able to easily crack the camera?

How does it work?

A network security expert who did not want to be named told a reporter from China-Singapore Jingwei that the principle of "sweeping software" cracking cameras is similar to the "credential stuffing" principle that people often hear about. , batch scan, test and open the camera.

"The reason why these cameras can be cracked is that in addition to their own security loopholes, the existence of weak passwords is the main reason." The above-mentioned network security expert explained, "Weak passwords can be understood as passwords that are relatively easy to guess. For example, the factory password of some cameras is set to 6 8s, some users will not change it after installation, the program automatically and continuously tries to crack the camera."

Cracking or privately installing cameras to peep at privacy has violated the law.

At the same time, the illegal disclosure for profit is also suspected of violating the relevant provisions of the Civil Code of the People's Republic of China and infringing on citizens' right to privacy and personal information.

According to a judgment published by China Judgment Documents Network in 2018, in early July 2017, Wang Moushuai, a man from Hebei, used software to crack the IP account and password information of other people's home cameras, and invaded and controlled the information systems of more than 30 home cameras.

Wang Moushuai also set up 5 QQ groups on the Internet, packaged the cracking tutorials and IDs, and sold them to others at a price of 88 yuan per package.

A reporter from China-Singapore Jingwei noticed that in recent years, the state has stepped up its efforts to crack down on the chaos of secret photography and illegal production.

The Office of the Central Network Security and Information Technology Commission, the Ministry of Industry and Information Technology, the Ministry of Public Security, and the State Administration for Market Regulation issued an announcement in June 2021 saying that in recent years, criminals have used hacking technology to crack and control cameras in households and public places. Converting smartphones, sports bracelets, etc. into candid photography equipment, selling cracked software, and teaching candid photography techniques for customers to "peep" private pictures and make profits from it, has formed a black production chain, seriously infringing on citizens' personal privacy, and the public has reacted strongly to this. .

The e-commerce platform should carry out a comprehensive investigation, and clean up and remove the fake and inferior cameras on the platform.

However, for now, the black production of secret photography and peeping has not been eradicated.

Hu Gang believes that such illegal and criminal acts are concealed, virtual, remote and intelligent, which seriously threaten enterprises, personal data security, personal privacy and personal information rights and interests, and even threaten the security of key information infrastructure.

At the same time, it also caused great challenges and pressures to the detection and disposal work.

Regarding this phenomenon, Hu Gang believes that we should adhere to the rapid establishment of frequent revisions and scientific legislation; adhere to coordinated supervision, crackdown on the whole chain, and strict law enforcement; adhere to fast trial and fast judgment, shock and punishment, and impartial justice; insist that consumers protect their rights in accordance with the law and consumers Organizing public interest litigation, operators abide by laws and regulations, industry organizations guide and standardize, and fully abide by the law.