Summary: Guangxi plans to explore the layout of the seaward economy and establish a China-ASEAN marine industry alliance   China News Service, Nanning, January 21 (Chen Qiuxia and Lin Yanhua) Vehicles shuttle, workers come and go, machines roar... At the beginning of 2022, on the Beibu Gulf of Guangxi, Huayi Qinzhou Chemical Co., Ltd. with a total investment of over 80 billion yuan (RMB, the sa 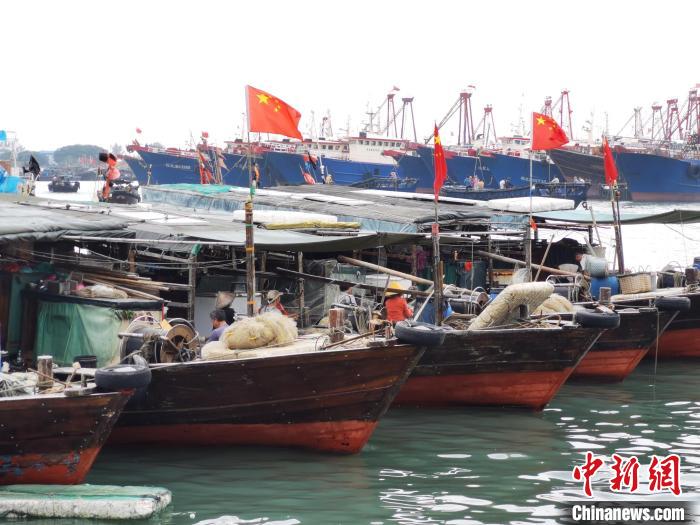 Summary: Guangxi plans to explore the layout of the seaward economy and establish a China-ASEAN marine industry alliance

China News Service, Nanning, January 21 (Chen Qiuxia and Lin Yanhua) Vehicles shuttle, workers come and go, machines roar... At the beginning of 2022, on the Beibu Gulf of Guangxi, Huayi Qinzhou Chemical Co., Ltd. with a total investment of over 80 billion yuan (RMB, the same below) The site of the material integration base is very busy, which is the epitome of Guangxi's development of the seaward economy.

At the fifth meeting of the Thirteenth People's Congress of Guangxi Zhuang Autonomous Region held here, Xianghai Economy was once again written into the "Government Work Report".

Guangxi is the only coastal province in the western region of China. It is China's closest estuary to ASEAN, with a coastline of more than 1,600 kilometers and a sea area of ​​more than 40,000 square kilometers.

In recent years, Guangxi has continued to optimize the layout of the marine industry. Beihai, Qinzhou, Fangchenggang and other three coastal cities have coordinated to develop a new generation of information technology, grain and oil processing, new chemical materials and other industries, and introduced industry leaders such as Huayi and Huike to create a group of relatively A 100 billion-level port-facing industrial cluster with strong competitiveness.

At present, the coastal area of ​​Guangxi has become an important non-ferrous metal, high-end petrochemical, electronic information, light industry and food industry, and advanced equipment manufacturing base in China.

Wang Xiongchang, deputy to the Guangxi People's Congress and mayor of Qinzhou City, said that Qinzhou will build an international gateway port and develop a cluster of economic and industrial industries in Xianghai, and strive to make the total output value of the marine economy account for half of the city's GDP by the end of the "14th Five-Year Plan".

Li Yanqiang, deputy to the Guangxi People's Congress and chairman of Guangxi Beibu Gulf International Port Group, also said that he would make every effort to build the port, support local construction of industrial parks, expand and strengthen the port industry, and jointly cultivate and develop the seaward economy.

At present, there are 28 routes connecting the Beibu Gulf port to the ports of the member states of the Regional Comprehensive Economic Partnership (RCEP). A large channel to promote the flow of materials between China and RCEP member countries.

As an important node of the new land-sea passage in the west, Guangxi plans to start construction this year after the Pinglu Canal and the Huangtong-Baise Railway are completed, which will open up an economical and convenient sea passage for western China, close the relationship between western China and RCEP member states, and provide strong support Seaward economic development.

Jiang Hesheng, member of the Guangxi Political Consultative Conference and director of the Guangxi Oceanographic Bureau, said that the Guangxi oceanographic department will focus on the core of "developing the seaward economy", stimulate the kinetic energy of the seaward industry, strengthen the guarantee of marine resources, consolidate the platform for opening-up and cooperation, and continue to consolidate the achievements of marine ecology. With a more open vision and mind, East-West cooperation, North-South mutual aid, prospering towards the sea, and strengthening towards the sea map.

In recent years, Guangxi has expanded its opening to the outside world, accelerated the construction of an upgraded version of the "two countries and two parks" between China and Malaysia, the construction of the Guangxi-Brunei Economic Corridor has been steadily progressing, and Guangxi fishery enterprises have established a distant-water fishery park in Mauritania and a pearl cultivation base in Malaysia. Speed ​​up construction.

Up to now, Guangxi has continuously strengthened cooperation in marine characteristic industries with Vietnam, Brunei, Malaysia, Thailand and other countries and regions, and the number of international cooperation parks has increased to more than 20.

Explore the establishment of a China-ASEAN marine industry alliance, and regularly hold the China-ASEAN Blue Economy Forum every year.

According to the plan, by the end of the "14th Five-Year Plan", the total economic output value of Guangxi Xianghai is expected to exceed 700 billion yuan, accounting for 20% of the regional GDP.

By 2035, Guangxi will fully build the Xianghai Economic Demonstration Zone, and the total economic output value of Xianghai will exceed 1.3 trillion yuan, accounting for 30% of the regional GDP.