Great changes in GDP in 2021: Guangdong or South Korea, Beijing and Shanghai both exceed 4 trillion

Zhongxin Finance, January 21 (Reporter Li Jinlei) Following the announcement of the national economic transcripts in 2021, provinces have also submitted their answers one after another. In the context of the intertwined changes in the century and the epidemic of the century, China's economic landscape has ushered in new changes. Guangzhou Haixinsha night scene (data map). Photo courtesy of Guan 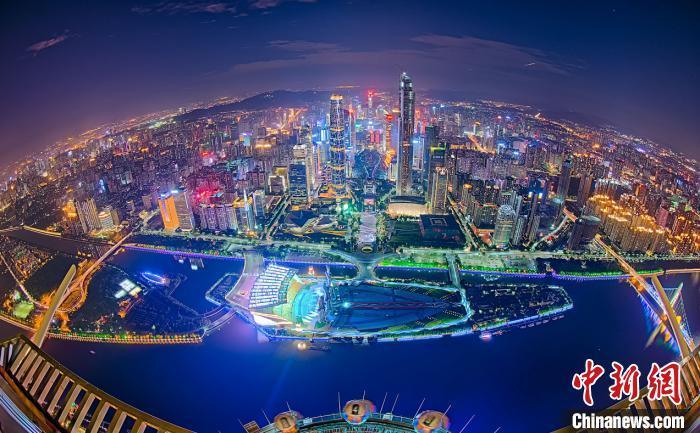 Zhongxin Finance, January 21 (Reporter Li Jinlei) Following the announcement of the national economic transcripts in 2021, provinces have also submitted their answers one after another.

In the context of the intertwined changes in the century and the epidemic of the century, China's economic landscape has ushered in new changes.

In the constant pursuit of Jiangsu, Guangdong will still be the first province in China's GDP in 2021.

In 2021, Guangdong's GDP will reach 12.4 trillion yuan, a year-on-year increase of 8%, making Guangdong the first province in China with a GDP exceeding 12 trillion yuan.

What does 12 trillion yuan mean?

This is the level of a wealthy country. According to forecasts, Guangdong's GDP is likely to overtake South Korea and become one of the top ten economies in the world.

Moreover, this year, as Dongguan has become a city with a GDP exceeding one trillion, the "Guangdong Boss" has four trillion-dollar cities in Shenzhen, Guangzhou, Foshan, and Dongguan, and the number is equal to that of Jiangsu.

Aerial photography of Nantong in the early morning.

Jiangsu, the second largest economic province, is quietly closing the gap with Guangdong.

In 2021, Jiangsu's GDP will reach a new level of 11 trillion yuan, reaching 11.63 trillion yuan, an increase of 8.6%, and the growth rate is faster than that of Guangdong.

Data shows that the gap between Jiangsu's GDP and Guangdong's GDP will be about 800 billion in 2020, and the gap will narrow to about 770 billion in 2021.

As the largest foreign trade province, Guangdong's total foreign trade import and export in 2021 will be 8.27 trillion yuan, a year-on-year increase of 16.7%.

The growth rate of Jiangsu's foreign trade is overwhelming that of Guangdong. The value of foreign trade imports and exports in the whole year exceeded 5 trillion yuan for the first time, an increase of 17.1% year-on-year.

In 2022, Guangdong's economic growth target is expected to be around 5.5%, and Jiangsu's is above 5.5%. The economic wrestling between "Guangdong Boss" and "Su Daqiang" continues wonderfully.

In 2021, China will welcome cities with a GDP exceeding 4 trillion yuan, and there will be two cities at once, one is Shanghai and the other is Beijing.

Beijing is the first to officially announce that its GDP has exceeded 4 trillion yuan. In 2021, Beijing's GDP will reach 4,026.96 billion yuan, an increase of 8.5%.

Subsequently, Shanghai also announced that its GDP will exceed the 4 trillion yuan mark in 2021, reaching 4.32 trillion yuan, an increase of 8.1%.

In terms of economic growth expectations in 2022, Beijing is slightly lower-key, setting it at more than 5%, and Shanghai at around 5.5%.

In 2020, Hubei, which was hit hardest by the epidemic, saw its GDP drop by 5.0% and was overtaken by Fujian Province, ranking eighth in the country.

But in 2021, Hubei will usher in a strong recovery.

Among them, Wuhan's GDP growth rate in 2021 is expected to increase by more than 12%; the total economic volume of Wuhan urban circle exceeds 3 trillion, ranking first in the national provincial urban circle.

Hubei, whose economy has fully recovered, has set a growth target of around 7% in 2022, and stated that it will strive for better results in actual work.

The scenery of Sanya, Hainan.

The per capita GDP of many provinces exceeded 10,000 US dollars

In 2021, the GDP of many provinces will reach a new level, and the GDP of Shandong, the third largest economic province, will exceed the 8 trillion yuan mark.

Hainan's GDP increased by 11.2% year-on-year, ranking second in the country and ranking first in the two-year average growth rate.

Anhui is expected to increase the province's GDP by 8%, the total amount will exceed 4 trillion yuan, and the per capita GDP will exceed 10,000 US dollars.

Jiangxi's GDP is expected to increase by 8.8%, and the per capita GDP will exceed 10,000 US dollars.

The per capita GDP exceeds 10,000 US dollars, which means the increase of comprehensive economic strength and social wealth, and also represents the steady improvement of people's living standards.

Which province's economic transcript are you most impressed by?