The self-employed cause a hole of 10,000 million to Social Security, which will drop to 8,000 with the reform

Social Security does not pay the bills with self-employed workers. What you have entered so far with your contributions is only enough to pay half of what you spend on... 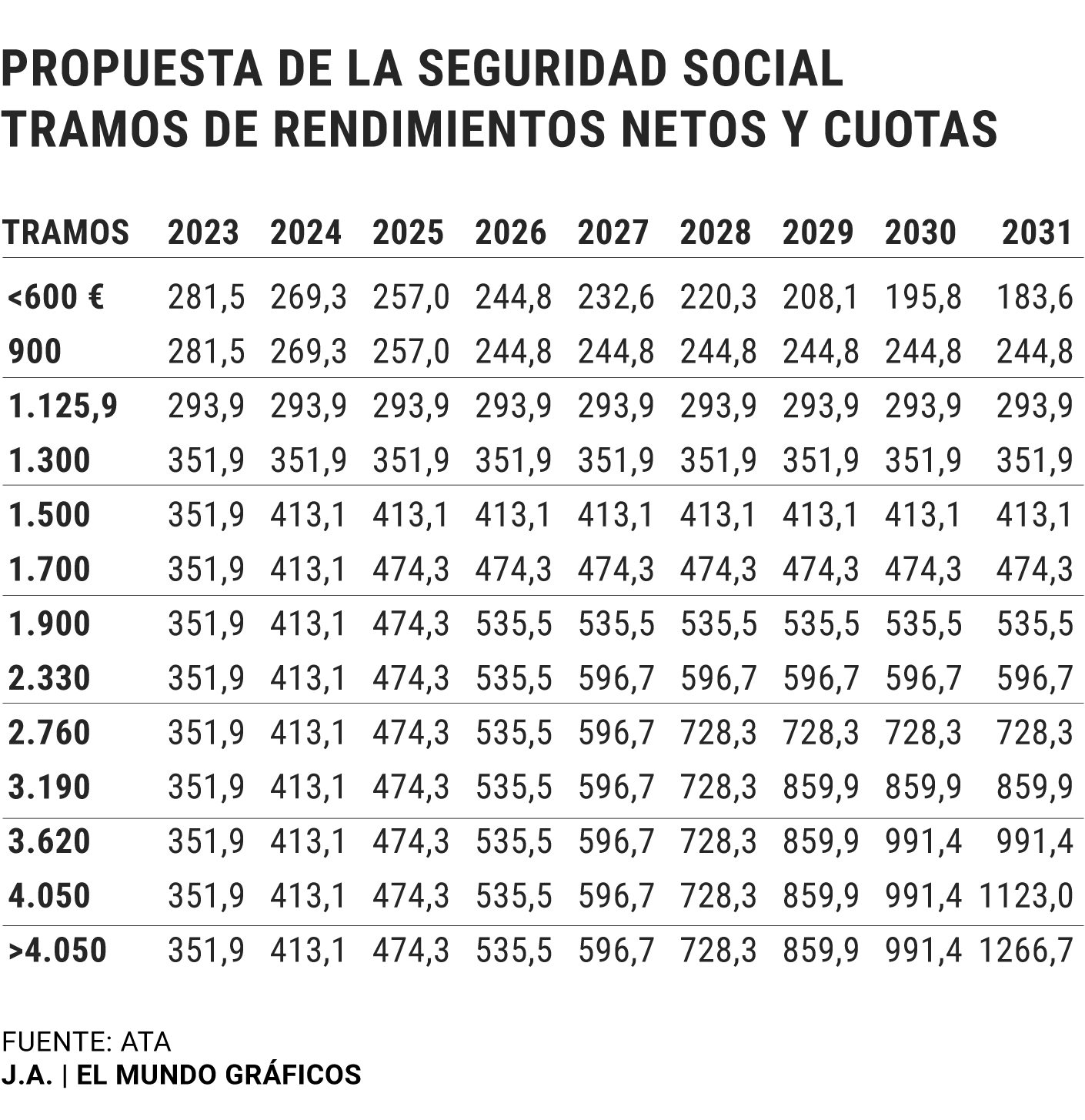 does not pay the bills with self-

What he has received so far with his contributions is only enough to pay half of what he spends on public pensions for this group, one of the reasons why the Ministry is now working with the associations on a

reform of the system.

. According to the budgets of this administration for the year 2022,

of self-employed workers in the country will amount to

this year , but Social Security will have to assume

in the payment of benefits for this group.

, will be mitigated in part with

transfers from the State,

recurring each year and which in 2022 will

gap between income and expenses

for the self-employed than for the

: the latter will report income via social contributions to Social Security for 114,306 million euros, according to calculations by the Ministry of José Luis Escrivá, while spending on pensions for retirees of the General Regime will be 135,598 million. If we add the 19,477 million that Social Security will receive from the State and the 734 million that it will enter for other concepts,

the deficit of this regime will be 1,081 million,

well below that of the self-employed.

This gap occurs mainly because

, which considerably reduces income and aggravates the difficulties of the system in paying the pensions of self-employed workers who are now retired.

To alleviate it and also ensure that today's self-employed have better protection the day they retire, the Ministry wants to

If the proposed reform, which delimits

, goes ahead and comes into force from 2023, it will report

additional annual income to Social Security of about 2,000 million euros

, as calculated by the Union of Professionals and Self-Employed Workers (

, the second most representative association in the sector) for El Mundo.

contribute a few tenths of savings to Social Security

will not be enough

This large deficit is likely to increase even more in the coming years, as

the self-employed of the baby boomer generation retire

Although a higher contribution from the self-employed will imply higher benefits in the future,

the impact on the accounts will be deferred

The proposal, in any case, is not definitive since it

is being debated with the main self-employed associations

(ATA, UPTA and UATAE), which have very different positions.

Some of the ideas that these associations have put on the table, such as that of including the workers assigned to

in the self-employment regime , proposed by

, would serve to fatten up Social Security income even more, since although Very low contributions are requested for them, around

Self-EmployedEscrivá's proposal confronts self-employed associations, which show their differences at the table

EmploymentThe private sector still has 100,000 fewer workers than before the crisis

Social Security The Government has only spent 1,730 million euros on the Minimum Income of the 3,000 budgeted for 2021