The Minister of Energy and Infrastructure, Suhail bin Mohammed Faraj Faris Al Mazrouei, confirmed that the ministry, in cooperation with its partners in the field of electricity, launched three strategic projects and initiatives during the Abu Dhabi Sustainability Week. 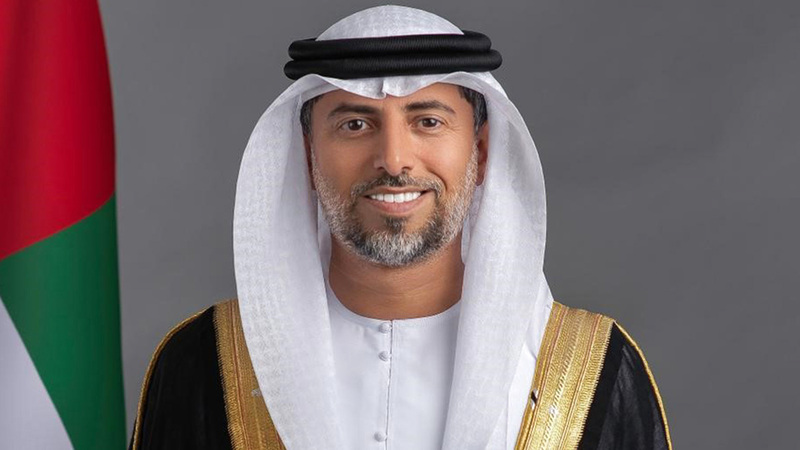 Suhail Al Mazrouei: "We launched an initiative to employ citizens in companies operating in the energy sector, within the framework of the Nafees program."

The Minister of Energy and Infrastructure, Suhail bin Mohammed Faraj Faris Al Mazrouei, confirmed that the ministry, in cooperation with its partners in the field of electricity, launched three strategic projects and initiatives during the Abu Dhabi Sustainability Week.

He said that the first project is to work on establishing a platform for the electricity market in the country, which would enable companies and authorities in the UAE to exchange electricity in the future, noting that the ministry is currently working on conducting a study on the project, and then submitting it to the Council of Ministers for approval. To mark the beginning of the UAE's entry into the global electricity export market.

He added that the Ministry of Energy and Infrastructure is also currently working, in cooperation with its partners and local authorities in the country, on federal legislation for the electricity sector, which is also subject to the approval of the Council of Ministers. Establishing a new generation of citizens specialized in the field of energy, and supporting the localization of this vital sector.

He pointed out that the ministry is working with its partners in the electricity sector on a hydrogen strategy that will be launched soon, after the ministry launched, on the sidelines of the COP26 conference, a roadmap for hydrogen, as the UAE aspires to become one of the hydrogen exporters, and acquires a market share of no less About 25%, as green and blue hydrogen is the fuel of the future.

He said that the UAE is committed to supporting the "OPEC +" alliance in light of working with the alliance to pump additional quantities of oil per month to achieve a balance between supply and demand.

Al Mazrouei stressed the UAE’s commitment to investing in the field of oil and gas, as the country’s production capacity of oil will reach five million barrels by 2030, pointing out that fossil fuels are important in the energy transition stage, and they must be affordable for consumers, at a time when we will not be able to Get these prices if not everyone invests in this vital energy.