Twenty months after his arrest in Iran, the French Benjamin Brière must appear this Thursday, October 20 in court to answer charges of “espionage” and other acts perpetrated… 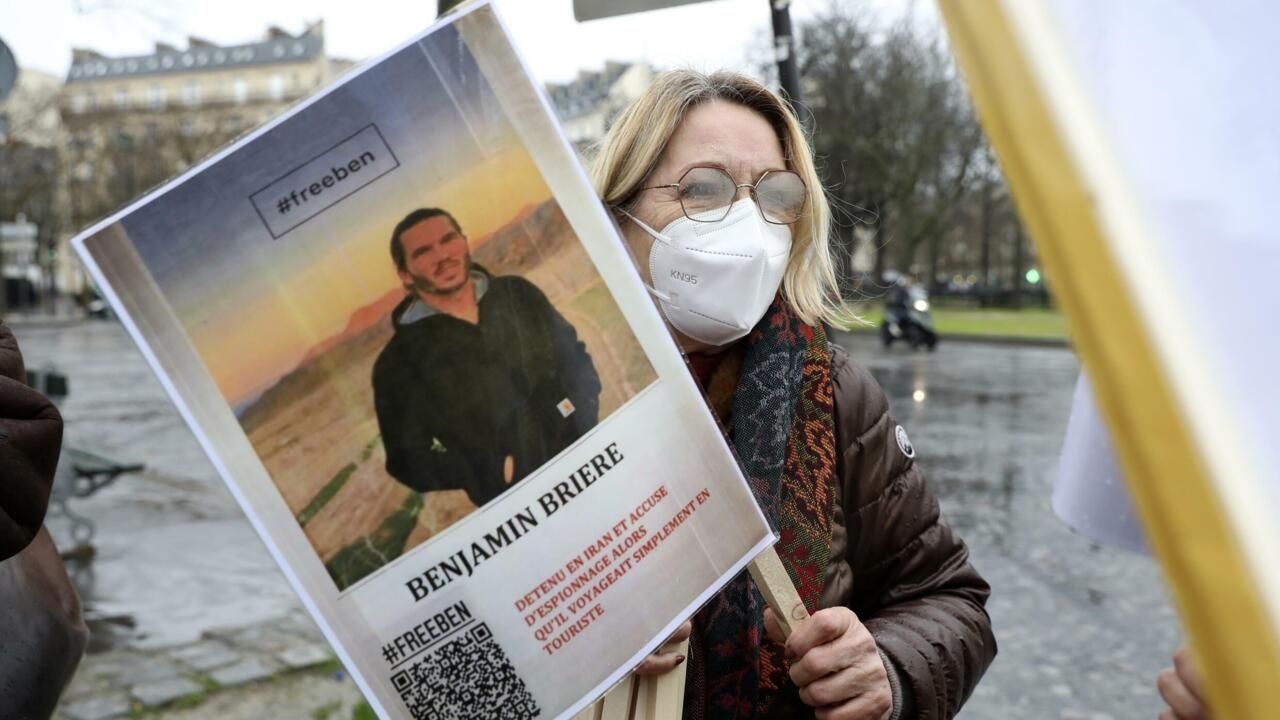 Demonstration of support for Frenchman Benjamin Brière, January 8, 2022 in Paris.

Twenty months after his arrest in Iran, the French Benjamin Brière must appear this Thursday, October 20 in court to answer charges of "espionage" and other acts perpetrated against national security.

On the eve of the Frenchman's appearance before a revolutionary court, "

we don't know what to expect

", admits his sister Blandine to RFI.

Is this just one more step in the process?

Will a sentence be imposed?

Will he be released?

Only one certainty for Blandine Brière: the

and propaganda of which he is the subject are "

Benjamin is an adventurous tourist with a passion for travel who left with his van to meet these countries, and he fell into the hands of the authorities

He has just taken photos using a recreational drone, in an area considered sensitive.

Authorities accuse him of being a spy, a threat to Iran's internal security.

he claims to be a simple tourist.

The young man is locked up in a prison in Mashad, in very difficult conditions, according to those around him.

He cannot communicate as he wishes, does not have access to his file nor to a defense worthy of the name.

At the end of December,

he began a hunger strike

It would be very weakened today.

He has lost a lot of weight, but he is also still very determined to be heard

His French lawyer says he is anxiously awaiting his client's appearance on Thursday, but he hopes for a happy ending, recognition of his innocence and his release.

Benjamin Brière is not the only Westerner to be held in Iranian jails on espionage charges.

They would be a dozen, mostly dual nationals.

Human rights NGOs denounce a policy of hostage-taking by the Iranian regime, intended to put pressure on foreign powers.

The announcement of his detention last February coincided with the Western diplomatic offensive which is trying to convince Tehran to respect again the terms of the 2015 agreement on the Iranian nuclear program.