Tension rose a notch on Monday in East Jerusalem, the Palestinian part of the city annexed by the Jewish state. The Israeli municipality and police tried to evict a Palestinian family… 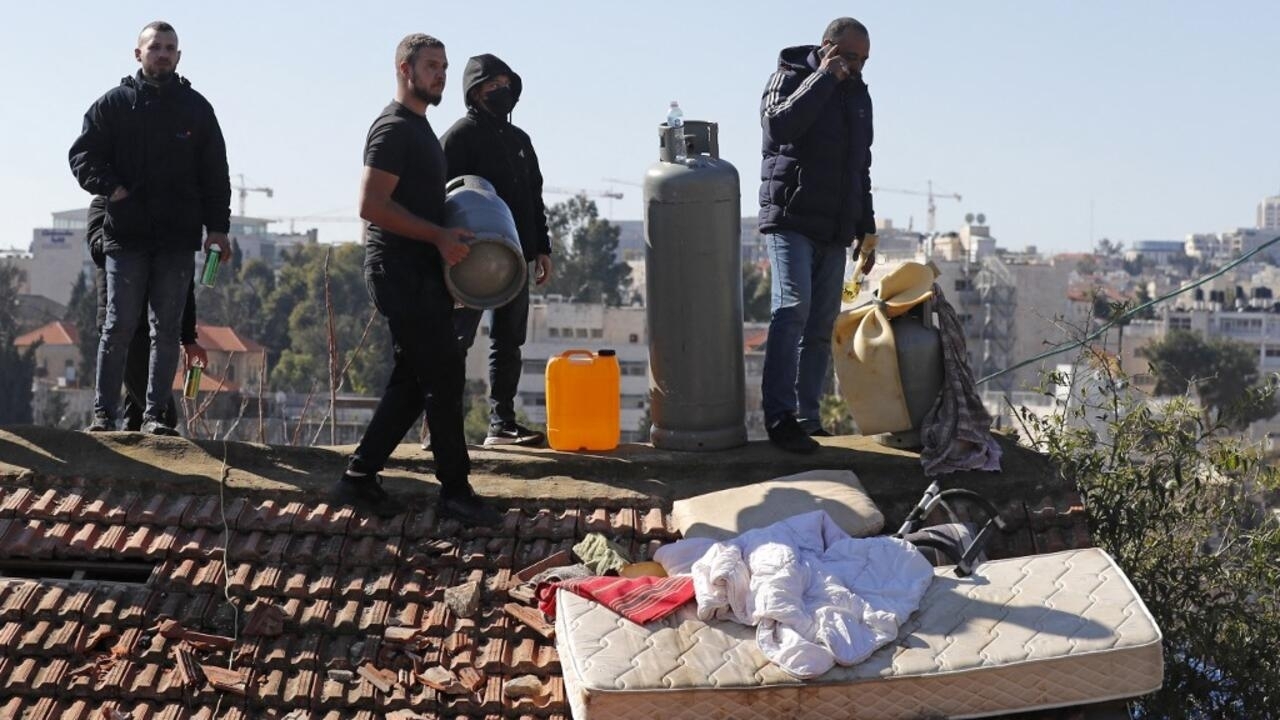 The Salhiya family took refuge on the roof of their house with a can of gasoline and a gas canister and threatened to blow everything up as Israeli police prepare to evict them, on January 17, 2022, in the neighborhood of Sheikh Jarrah in East Jerusalem.

Tension rose a notch on Monday in East Jerusalem, the Palestinian part of the city annexed by the Jewish state.

The Israeli municipality and police attempted to evict a Palestinian family from the ultra-sensitive neighborhood of Sheikh Jarrah.

, the municipality and the Israeli police tried on Monday to evict a Palestinian family.

Entrenched on her roof with a can of gasoline, she threatened to blow everything up.

Anti-occupation activists, Israeli and Palestinian, quickly invaded the neighborhood to stop the eviction of the Salhiya family.

Among them, Muna al-Kurd.

This famous Palestinian activist lives in the neighborhood.

His family is also engaged in a legal tussle against an association of Jewish settlers who wish to expropriate them.

This cause is mine,

It is a war crime.

I salute the fight of the Salhiya family entrenched in their house.

It is an act of resistance.

They say: either you respect our right to live with us, or it is our charred corpses that you will get out of here.

This government only coerces the Palestinians

The Israeli authorities have obviously not learned the lesson of last May.

, and the al-Aqsa Mosque, are extremely sensitive places.

But this government, like the one that preceded it, prefers to confine itself to an extremist and anti-Palestinian policy.

Finally, the Israeli police and municipality gave up on evicting the Salhiya family on Monday.

His business, a nursery attached to his house, was however demolished.

Last year, it was attempts to evict Palestinians from this neighborhood for the benefit of Jewish settlers that notably contributed to triggering the