Calviño joins the new front of Italy and France: "The pre-pandemic rules cannot be applied"

"It makes no sense to apply the pre-pandemic fiscal rules without further ado". More than half of Europe is clear about it, says it and defends it. The European Commission thinks so, it is... 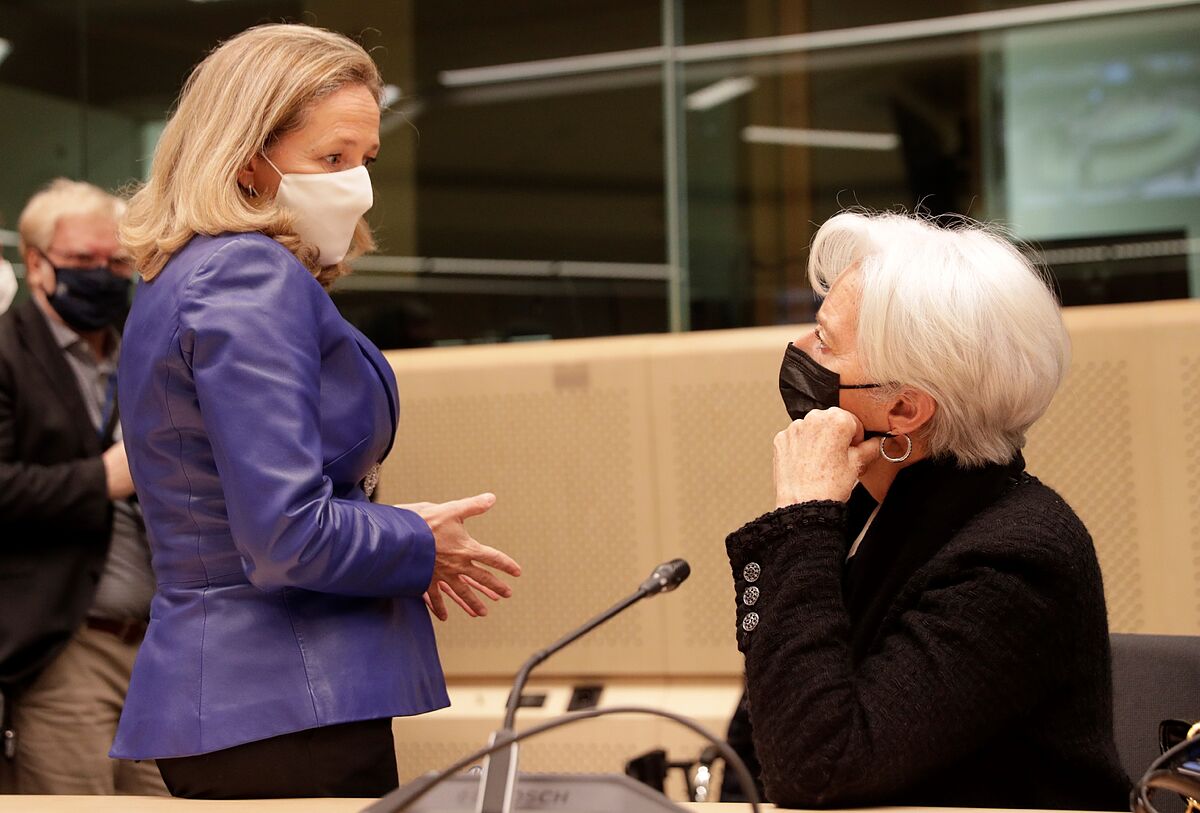 . More than half of Europe is clear about it, says it and defends it. The European Commission thinks so, is emphasizing it, in a clearer and more aggressive way, France, which is president of the EU this semester, and the Spanish vice president, Nadia Calviño, has repeated it with the words that start this chronicle, this Monday from Brussels, at the end of the Eurogroup meeting. Countries have borrowed brutally in the last year and a half to avoid economic collapse. They have helped companies, employment, activity and it has worked, but at a cost. The EU put its fiscal rules into an induced coma, forgot about the deficit and debt thresholds, but now, in theory rushing through the last months of peace in the perpetual war of stability, the pressure is mounting.

There are simultaneously two fights

. The first, when to get the Stability Pact out of the freeze. In theory it should be at the beginning of 2023, but the Commission will give its guidance in the coming months, when it is clearer when there is a recovery of the GDP levels of 2019 in all or almost all the Member States. The second question is what rules to return to, because the current ones do not work. In that in consensus it is absolute. They are too complicated, opaque, contradictory. They do not achieve what they seek, they are procyclical and, furthermore, when they are systematically breached, there are no appropriate mechanisms to correct it. But although everyone knows that, about the direction to point to, there is no understanding at all. And less with the specter of inflation hovering.

The fight is and will be fierce. "It has been a very constructive discussion,

, from the debates of the past, if we want to successfully make the digital and green transition together. Investment must be encouraged in a framework adequate at a European level that allows reducing the debt while creating jobs", Calviño said about the exchange of ministers in the Eurogroup. "But the debate on the details has not started, it is not mature," he confirmed.

France, like Spain or Italy, insist that it is absurd

, stupid and impossible to try to return to the previous corsets. The Mede, the European Stability Mechanism, believes that the numbers say the same. When the framework that existed until the pandemic was put in place, countries had high interest rates and low debt levels, so the 60% cap had a certain logic. Today, with low rates but very high debt, and much more since Covid, that 60% is not realistic. "It's obsolete," says French minister Bruno Le Maire. "It's not pragmatic," says Spain. However, in more orthodox countries the answer is the opposite.

Minister Calviño met this Monday precisely for dinner with the new German Finance Minister, Christian Lindner, leader of the Liberals and a full-fledged hawk. "

", assured the Spanish minister, pointing to a continuity with respect to the Government of Angela Merkel. Where notable changes are seen, however, is in the Dutch position, whose minister also made her debut this Monday and did so with a much less aggressive, less frugal and apparently much more conciliatory speech than her predecessors.

Some hope that a change in The Hague will be decisive

. The Netherlands, along with Austria or Finland, have led frugality in the last five years, asking for more rigor, more control, opposing many of the measures called for by the south or proposed by the Commission. Germany agreed but often left the most combative role in their hands. Now there are new executives on both sides, and France, in an election year, attacks with great intensity. In the EU you cannot do anything of depth against Germany, but neither if Spain, France and Italy are united in a corner. And the last two have literally signed an alliance to defend these issues. And they lobby together.

The European Commission is waiting. He knows that the debate is not mature, that the positions have to be defined and that with more updated data, and a more defined perspective of how 2022 presents itself, it will be easier, or less difficult. You must combine fiscal rules with aid policies. He wants reforms in the former and gradually abandoning the latter. The economy cannot always be drugged, because non-competitive firms are not falling, but to do so abruptly would be suicide.

"We agree that the time for emergency support is over and

we must recalibrate our policies to foster a sustainable recovery

," recalled Commissioner Paolo Gentiloni, who presented an ideas paper at the meeting.

"At the same time, we must bear in mind that business vulnerabilities remain, especially in the most affected sectors, and that the removal of employment support measures will create new challenges. This requires a careful approach to withdrawing support, as well as policies of the labor market to facilitate the transition of workers from declining sectors to expanding sectors," he added.