"Arada" real estate development company announced the purchase of a beach plot of land in the "Palm Jumeirah", for a project that is considered its first expansion outside the Emirate of Sharjah, and to enter the luxury real estate market in the Emirate of Dubai.The company stated in a statement yesterday that the plot of land worth 240 million was purchased. Dirhams from the company «Nakh 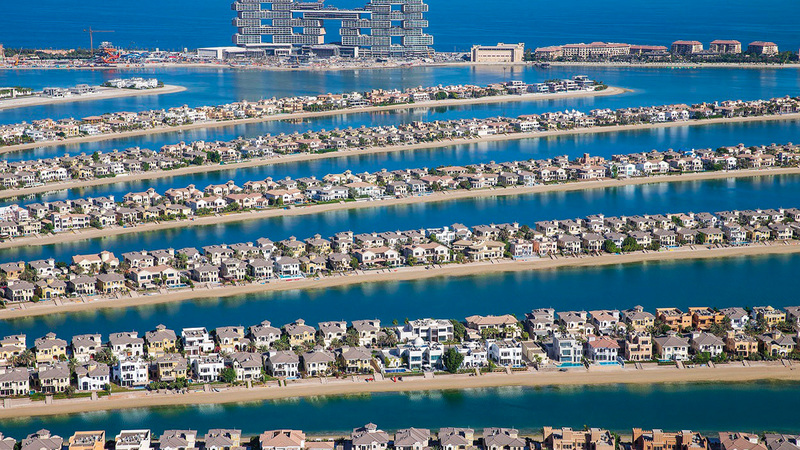 Khalid bin Al Waleed: The emirate is the most competitive and respected real estate market in the world

Arad has purchased a plot of land worth 240 million dirhams in Palm Jumeirah.

"Arada" real estate development company announced the purchase of a beach plot in "Palm Jumeirah", for a project that is considered its first expansion outside the Emirate of Sharjah, and to enter the luxury real estate market in the Emirate of Dubai.

The company said in a statement yesterday that the plot of land, worth 240 million dirhams, was purchased from Nakheel Real Estate Company, located on the eastern crescent of the Palm Island, with an area of ​​20.5 thousand square meters, with views of the Burj Khalifa and Burj Al Arab to the east. , and the rest of the parts of the Palm Island and «Dubai Marina» to the south and west.

"Arada" confirmed that design work has begun on its new mixed-use project on "Palm Jumeirah", which will include a luxury residential complex, and a bouquet of entertainment facilities, restaurants and cafes, pointing out that the full details will be announced at the launch of sales, which are expected to take place within Third quarter of 2022.

In its statement, "Arad" stated that this announcement on its part comes in light of the recovery witnessed by the real estate market in Dubai, due to the exceptional measures taken by the government during the pandemic period, as well as the continuous economic support, and the new initiatives launched by Dubai to attract more major companies and foreign investments. direct.

The Vice Chairman of the Board of Directors of Arada, Prince Khaled bin Al-Waleed bin Talal, said that this step is an important moment in the path of Arada, as it will allow diversification of the company's real estate supply and expansion within one of the most competitive and respected real estate markets in the world.

He added: “(Arada) has assumed a prominent position within the real estate developers sector, and is distinguished by a good reputation in terms of delivering integrated projects with exquisite designs, according to the highest standards followed, as we achieved record growth in less than five years, and we look forward to achieving similar achievements in the real estate market. Dubai".

The Vice Chairman of the Board of Directors of "Arada" expressed his pleasure at launching the first "Arada" project in "Palm Jumeirah", saying: "It enjoys a global reputation, and is one of the most ambitious and successful projects in the emirate."

For his part, CEO of Arada, Ahmed Al Khushaibi, said: “The investment climate in Dubai is witnessing a great recovery, due to the outstanding performance achieved by its real estate market during 2021, as well as the distinguished measures taken by the emirate government to attract more investors within this vital sector. ».

He added: “We have strong relations with (Nakheel), and we look forward to strengthening them through the development of this luxurious and distinguished real estate project.

We are confident that a number of new projects will be announced in Dubai during 2022.”

It is noteworthy that Arada's portfolio of projects includes Aljada, the largest mixed-use project in the Emirate of Sharjah, where 5,000 housing units are currently being built, and the "Massar" project, a high-end home community with 4,000 villas and attached country houses.

So far, Arada has completed 2,200 homes, including the first five phases out of six phases in the company's first project, Nasma Residences.