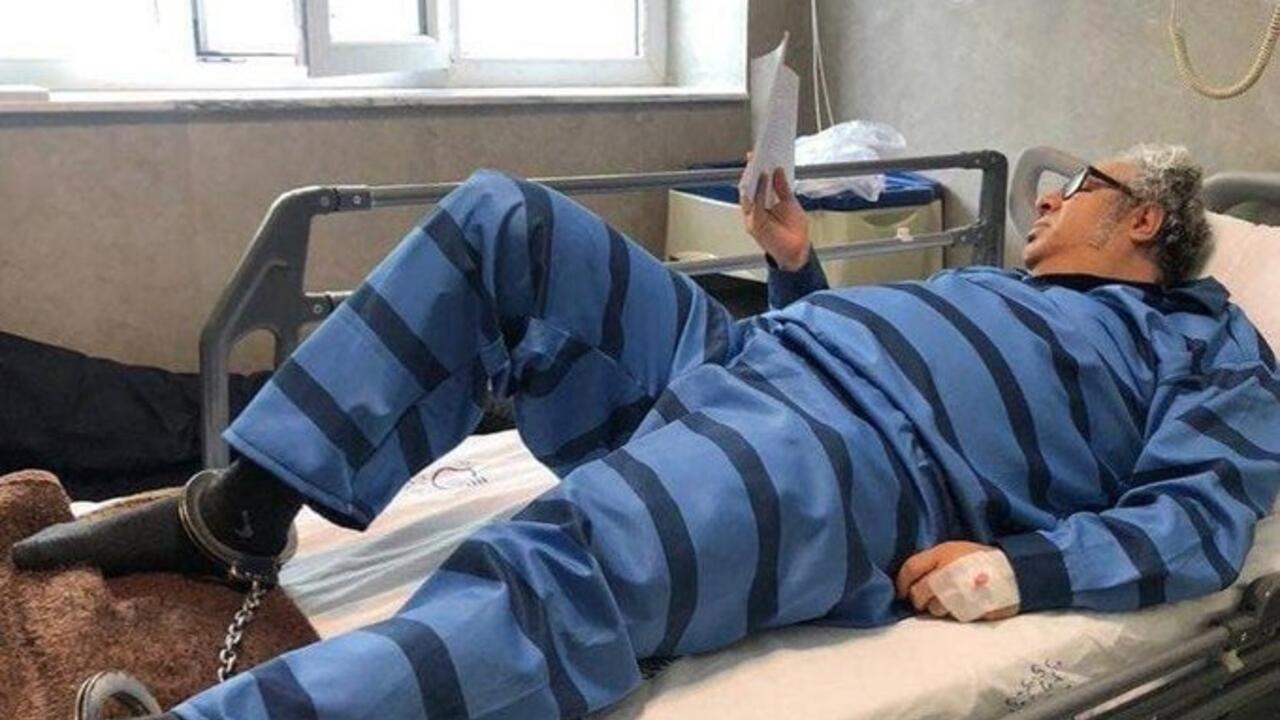 "Reporters Without Borders blames the regime authorities for his death," denounced the NGO, which posted a photo of Baktash Abdine in a striped prisoner's uniform, chained by the leg to a hospital bed.

They denounce the responsibility of the Islamic Republic.

According to a statement from the Tehran prison administration, Baktash Abtin was serving a prison sentence for propaganda against the regime and action against national security, in particular for his posts on his Facebook account.

Known for his critical positions against power, he was sentenced to six years in prison and imprisoned in September 2020.

Baktash Abtin went to the prison infirmary on December 5, but his PCR test was negative.

A few days later, he was sent to the hospital with more severe symptoms.

Finally, on January 1, after his condition worsened, doctors at the private hospital where he was staying decided to put him in an artificial coma.

Baktash Abtin died on Saturday morning from a serious lung infection, after spending 35 days in hospital.

The writers' association, officially banned in Iran, criticized the prison authorities for having delayed transferring the writer to hospital.

► See also: The Association of Writers of Iran calls for the release of its imprisoned members

#Iran: RSF learned with sadness the death of #Baktash_Abtine.

The writer and #journalist had been unjustly sentenced to 6 years in prison and was in detention in hospital, ill with # Covid19 & deprived of the necessary care.

RSF blames the high regime's authorities for his death.