In the Middle East, tension is mounting around a Palestinian hunger striker. Hicham Abou Hawash, 40, has not eaten for 140 days to protest his detention without trial by Isra… 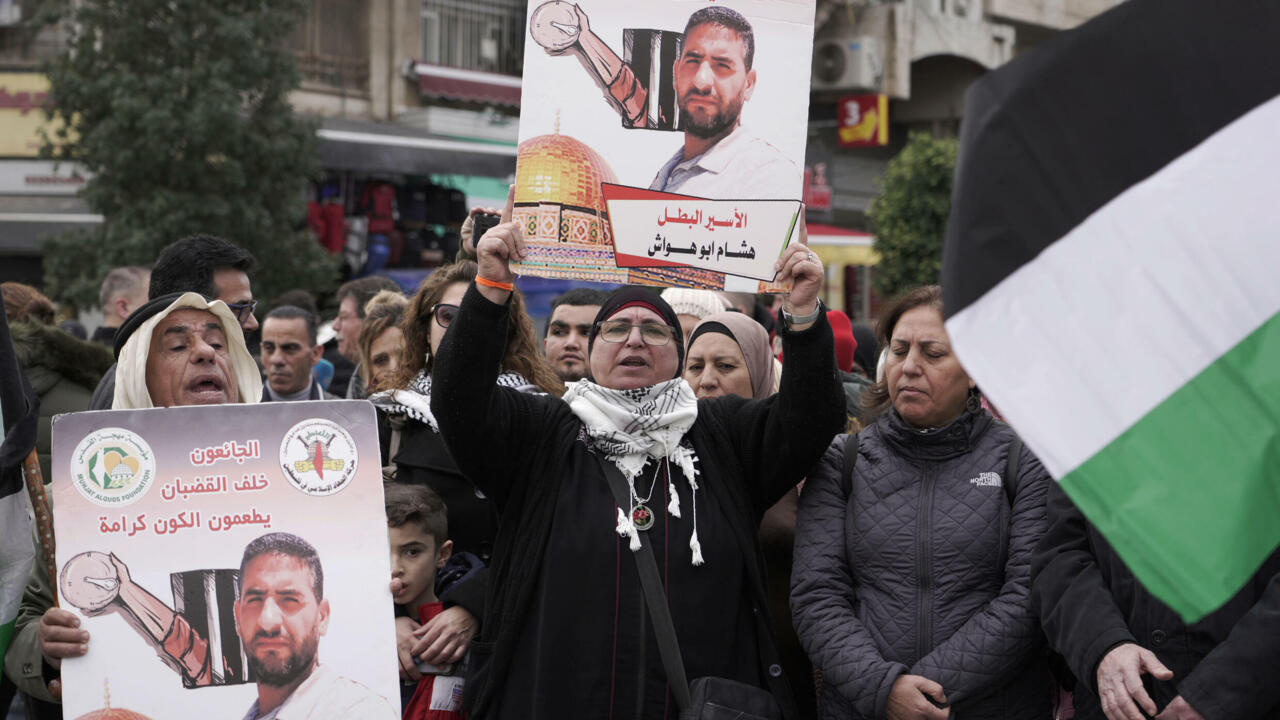 Palestinians demonstrated, signs and photos in hand this weekend in Ramallah.

They all demand that Hisham Abou Hawash be released.

In the Middle East, tension is mounting around a Palestinian hunger striker.

Hicham Abu Hawash, 40, has been without food for 140 days to protest his detention without trial by Israel since October 2020. And several Palestinian groups threaten the Jewish state with reprisals if the prisoner, in imminent danger of death, comes to die.

Hisham Abu Hawash, father of five and from Dura, in the southern occupied West Bank, is under administrative detention - a measure allowing the Israeli authorities to detain without trial, without charge , one person for a renewable period of six months.

He is suspected by Israel of being linked to attacks on the Hebrew state and of being a member of the Palestinian Islamic Jihad, accusations he refutes.

This Tuesday, he is on his 141st day of hunger strike, and the before / after photos of this Palestinian prisoner are shivering.

He has lost 47 kilograms and his condition is only deteriorating.

who visited him believe that his death may be imminent.

His wife talks about irreversible health problems even though he ends his hunger strike.

The ICRC continues to visit Mr. Hisham Ismail Ahmad Abu Hawash and is gravely concerned about his deteriorating health.

Every effort must be made to find a solution to avoid irreversible health consequences and possible tragic loss of life.

And one thing is certain, his case is mobilizing in the occupied West Bank as in Gaza.

In Ramallah this weekend, Palestinians demonstrated, signs and photos in hand.

They all demand that Hisham Abou Hawash be released.

The Palestinian Authority calls for his “

” release and Hamas, the Islamic organization in power in the Gaza Strip, threatens Israel with reprisals, announcing that the Jewish state “

: in the Middle East, resumption of exchanges of fire between Israel and Gaza