The first approved exporter under RCEP in Beijing was successfully approved

China News Service, Beijing, January 1 (Xu Jing) On January 1, 2022, the "Regional Comprehensive Economic Partnership Agreement" (RCEP) formally came into effect. At 11 am, SMC (China) Co., Ltd. was successfully approved as the first approved exporter under RCEP in Beijing. After approval, enterprises do not need to apply to the customs for the certificate of origin on a ticket-by-vote basis whe 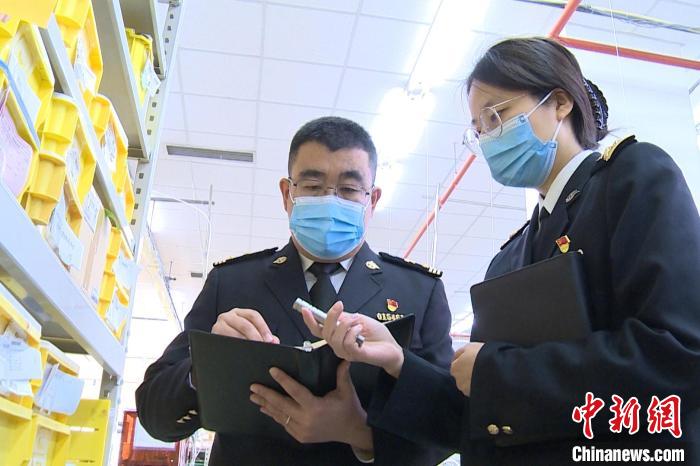 At 11 am, SMC (China) Co., Ltd. was successfully approved as the first approved exporter under RCEP in Beijing.

This is what the reporter learned from Beijing Customs today.

According to reports, an approved exporter refers to an enterprise that has been identified by the customs in accordance with the law and can issue a declaration of origin for goods that are exported or produced and that have the qualifications of origin under the relevant preferential trade agreement.

The approved exporter system is one of the highlights of the implementation of RCEP, and it is also an important measure to facilitate the certification of origin.

To become an approved exporter, you need to meet three requirements: one is to belong to a high-level customs certification enterprise; the second is to master the rules of origin under relevant preferential trade agreements; and the third is to establish a complete management system of origin qualification documents.

Beijing Customs will connect with AEO (Authorized Operators) advanced certified companies in advance in need, and open up a special RCEP business-friendly service channel to quickly handle the registration procedures for approved exporters for qualified companies.

The picture shows the customs officers of Yizhuang Customs under the Beijing Customs inspecting the SMC (China) production workshop.

SMC (China) Co., Ltd. is located in the Beijing Economic and Technological Development Zone and is the world's largest multinational company that manufactures and sells pneumatic components.

Guo Liansheng, the head of customs affairs of the company, said that many of the company's import and export goods are of RCEP agreement countries' origin, including countries that signed a free trade agreement with China for the first time.

Preliminary estimates indicate that the company can cut taxes by about 30 million yuan in the first year after the implementation of RCEP.

According to the person in charge of the Customs Department of Beijing Customs, after the official signing of the RCEP, China and Japan have reached a bilateral tariff reduction arrangement for the first time. After the agreement takes effect today, China will eventually reduce tariffs on 86% of Japanese products to zero. Chinese companies will Will greatly improve the competitiveness of its own products.

In preparation for the implementation of RCEP, Beijing Customs focused on the various rules of RCEP trade facilitation, and expanded and opened up the comprehensive demonstration zone for the expansion and opening of the RCEP implementation and service for the Beijing National Service Industry, and the construction of the "two zones" of the China (Beijing) Pilot Free Trade Zone, etc. Combine key tasks and organize policy seminars and dialogues between enterprises and enterprises in cooperation with local business departments and industry associations.

Since 2021, Beijing Customs has been continuously optimizing the business model of exporting certificate of origin "centralized customs review and nearby corporate visas". Through a series of facilitation measures such as smart review, self-service printing, appointment processing, and delivery by mail, it has simplified the handling process and improved Customs clearance efficiency.

In the whole year of 2021, Beijing Customs issued a total of 42,600 certificates of origin under the implemented free trade agreements, involving a value of 2.802 billion U.S. dollars, an increase of 8.25% and 29.71% year-on-year respectively.

With the effective implementation of RCEP, Beijing Customs will use more convenient service measures to help enterprises enjoy the benefits and promote the high-quality development of the capital's economy.