Labor reform: these are the big changes

The agreement between the social agents has allowed the Government to carry out the new labor reform, which will not mean a repeal of the previous one, but it will bring ... 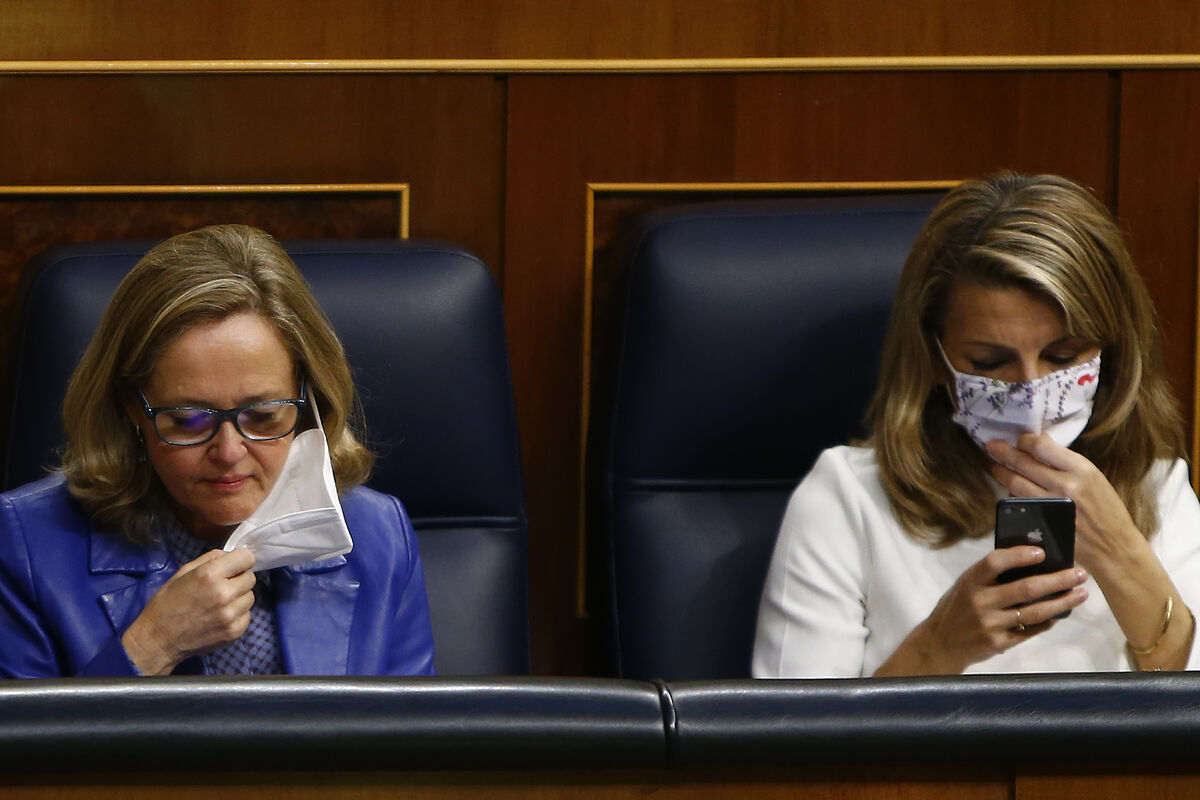 The agreement between the social agents has allowed the Government to carry out the new labor reform, which will not imply a repeal of the previous one, but will bring changes in a final text that will foreseeably be approved

in the next Council of Ministers on December 28

In this way, a series of reforms will be introduced that will change the productive fabric of the country.

The Second Vice President of the Government and Minister of Labor and Social Economy,

, has celebrated what she considers "a new labor legislation that recovers rights in favor of decent work."

This, he assures, brings us closer to Europe "in terms of stability and job security".

But what are the main changes?

The indefinite contract "will be the norm and never the exception," according to Díaz, in order to reduce the temporality, an aspect that Díaz has harshly criticized since the formation of the Government.

It has been proposed to reduce the period during which these contracts can be chained before the worker is considered indefinite (from 24 months in a period of 30 to 18 in a period of 24).

In addition, temporary contracts may only be formative and structural.

The former, of course, will be focused on the training of workers.

The latter will be used to replace employee leave - it will be necessary to specify who the worker is replacing - or to face specific periods in which production is affected.

In this case, they may only be carried out due to unpredictable increases in production or fluctuations in demand, but never for more than six months or a year if the sector agreement includes this possibility.

If the increase is foreseeable -agricultural or higher consumption campaigns in sectors such as commerce or hospitality- they will be limited to a maximum period of 90 non-consecutive days a year and the union representatives must be informed of this forecast in the last quarter of the year. previous.

The training contracts will be of two types, inspired by the German model: alternation and internships.

The alternation will be aimed at dual training, an increasingly widespread concept that from some sectors is seen as the solution to the lack of labor.

It will be intended only for those under 30 years of age, it will combine work and training (it will be mandatory that whoever is employed under this figure has a tutor) and the contract may not be less than three months or more than two years.

The internship contract will largely depend on the agreement of each sector and may last between six months and one year.

Ultraactivity, the main protagonist of the protests in the metal sector in Cádiz, appears in the new regulation. In fact, the conflict would not have taken place with this new reform, since it establishes the indefinite ultra-activity: if a new collective agreement is not agreed, the previous one will be extended until it is replaced by the new one. Previously there was a term of one year in force, but now it will be done indefinitely.

On the other hand, the sectoral agreement will prevail over that of the company in wages and working hours.

That of the companies may regulate other aspects, in any case, but it may not be imposed on those two.

Díaz celebrated this measure which ends "with the logic of the salary devaluation imposed by the PP and we are committed to an income policy based on shared prosperity."

The application of the sectoral agreement for subcontractors is also guaranteed.

No financial redundancies in the Administration

As Yolanda Díaz herself has advanced, with the new reform the possibility of dismissing permanent workers in Public Administrations for economic reasons is eliminated.

"After the experience of the pandemic, ERTEs have come to stay," explained the minister, who assured that "we incorporate what we have learned and combine social protection with internal flexibility." This "alternative model" is opposed, in the opinion of the vice president, to the strategy of the Popular Party during the previous crisis - "it faced wage cuts and layoffs" and temporary employment regulation files will be strengthened.

The new structural ERTEs will be known as the RED Mechanism for Flexibility and Stabilization of Employment and may be cyclical and sectoral.

The first will have a maximum duration of one year and can be activated when there is a situation that advises it, such as the pandemic.

The sectorial ones will also last one year, although they may be extended up to two times, six months each time, and will be aimed at companies in sectors that consider it necessary to undertake a professional transition.

Labor reform CEOE, UGT and CCOO give the go-ahead to the Government's labor reform, which will be approved next week