40 years of Xiamen Special Economic Zone: Business environment is getting better and better 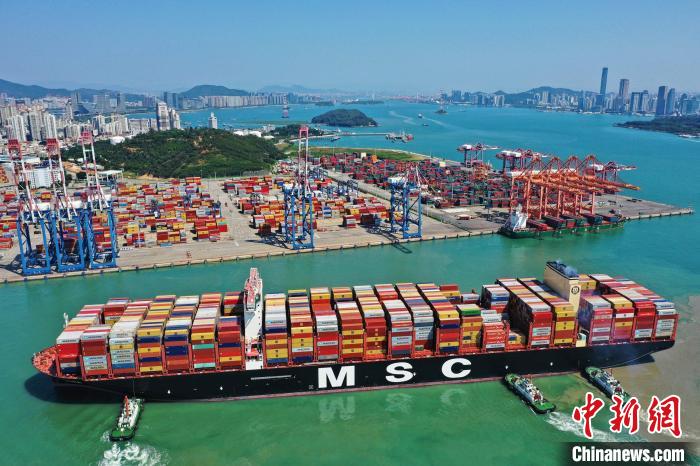 (Economic Observation) Xiamen Special Economic Zone for 40 Years: The business environment is getting better and better

At the time of the 40th anniversary of the construction of the Xiamen Special Economic Zone, looking back on the history and achievements of the special zone in the past 40 years, the business environment has become more and more optimized, which has become a microcosm of the reform and innovation of this open city.

Over the past 40 years, Xiamen has boldly explored and carried out practice, bravely pursued new paths with the reform spirit of "dare to be the first", vigorously implemented the innovation-driven development strategy, and experienced a process from restraint to reform, from imitation to innovation, and from manufacturing to creation.

Dai Bin, director of the Economic Development Bureau of the Management Committee of the Xiamen Area of ​​the China (Fujian) Pilot Free Trade Zone, believes that as more and more matters can be done “everywhere without closing the day” or even “within seconds”, the operation of the Xiamen Special Economic Zone The business environment is getting better and better, and the core competitiveness and attractiveness of the city are constantly improving.

Li Shicheng, chairman of Xiamen Wantai Canghai Biotechnology Co., Ltd., said that the company was established in Xiamen in 2005 and decided to move to Haicang District in 2008 to develop together with Haicang.

Here, the overall atmosphere for entrepreneurship and innovation is good, the business environment is excellent, and the industrial chain has great advantages.

The biotechnology industry is an area that Xiamen focuses on fostering and developing.

There are 777 biomedical and health companies in Xiamen, 45% of which are located in Haicang District, which is known as "Xiamen Biomedical Port".

Xiamen Taihe Electronics Co., Ltd. is one of the first Taiwanese-funded enterprises to invest in Xiamen and has witnessed the development of the Xiamen Special Economic Zone.

Luo Hongling, head of the finance department of the company, told reporters from China News Agency that last year the company enjoyed policy bonuses such as additional deductions for research and development expenses and export tax rebates.

As a "special zone in a special economic zone", the Xiamen Free Trade Zone has made outstanding economic contributions to the Xiamen Special Economic Zone.

With 2.5% of the city’s land area, Xiamen Free Trade Zone contributes 13.6% of the regional GDP, 9.86% of local taxes, 30% of foreign trade imports and exports, and 46.6% of contracts utilize foreign capital.

The picture shows Xiamen citizens using the “e-government” self-service kiosks to feel the convenience of “doing in every second” and 24 hours a day without closing.

Dai Bin said that the Xiamen Special Economic Zone has formed a regional shipping center, trade center, and financial center. The Pilot Free Trade Zone has further increased innovation, created a single window for international trade, and created a digital smart port, which further facilitated trade. In all aspects, the efficiency of customs clearance has been improved and the business environment of the port has been optimized.

Since its establishment, the Xiamen Free Trade Zone has launched a total of 498 innovative measures, of which 111 are national firsts; 30 experiences have been promoted nationally, accounting for 1/5 of the country; 5 typical cases have been selected as "Best Practice Cases in the National Pilot Free Trade Zone" ".

As early as 2015, Xiamen clearly put forward the specific goal of striving to become a world-class business environment city.

The relevant person in charge of the Xiamen Municipal Development and Reform Commission stated that Xiamen insisted on facing reforms inwardly, and solved the business environment problems with institutional reforms and innovations. The sense of acquisition of market entities has been greatly enhanced, and the effect of investment promotion has been remarkable, which has injected new momentum for the first to achieve high-quality development.

Aiming at the best level of domestic benchmark cities in the business environment, Xiamen finds gaps and shortcomings item by item, proposes specific reform goals, tasks and measures in each field, and checks the implementation of policies from market players’ sense of satisfaction and satisfaction to ensure improvement measures and Enterprises feel the same frequency resonance.

According to the evaluation of the National Development and Reform Commission, Xiamen's business environment has been ranked among the best for three consecutive years, and has been rated as a "national benchmark". In 2018, 22 cities nationwide ranked second in the trial evaluation, and in 2019, the official evaluation of 41 cities nationwide ranked sixth. In 2020 Ranked 7th in the evaluation of 80 cities and 18 national-level new districts in the country, and all 18 indicators have entered the national benchmark (only Beijing, Shanghai, Guangzhou, Shenzhen, Hangzhou, Xiamen and other 6 cities in the country have all indicators listed as benchmarks) , 14 indicators have entered the top ten in the country.

As China continues to open up to the outside world, how to recreate the new advantages of the special zone?

Xiamen’s answer is: continue to promote the construction of a first-class business environment.

Cui Yonghui, member of the Standing Committee of the Fujian Provincial Party Committee and Secretary of the Xiamen Municipal Party Committee, stated that the "Regulations on Optimizing the Business Environment for the Xiamen Special Economic Zone" will be promulgated and implemented, vigorously creating a market-oriented, legalized, convenient, and international business environment; Reform, optimize the approval process and links, promote the full coverage of the reform of the separation of licenses and licenses, fully implement the "one network connection" and "full process network management", increase the proportion of "second approval and second application" and "free application and enjoyment" items; enhance the awareness of active service and make it smooth Communication channels between government and enterprises, promote entrepreneurship, and build a new type of "pro-Qing" relationship between government and business.