"Reach the required volume and pressure": gas filling of the second string of Nord Stream 2 has begun 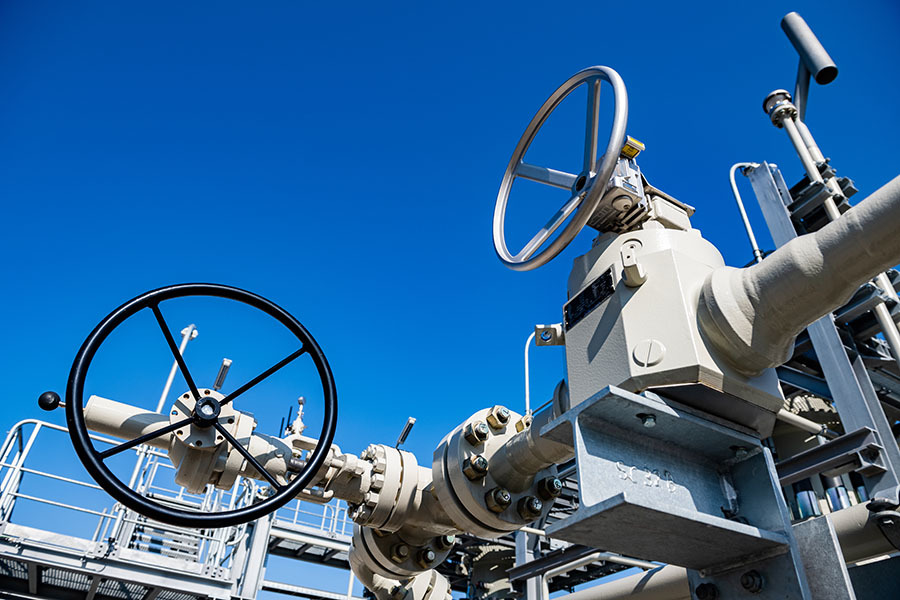 Nord Stream 2 AG announced the start of filling the second string of the Nord Stream 2 gas pipeline with gas.

“Similar to the procedure carried out on the first line, the second line will be gradually filled with gas in order to achieve the required level of volume and pressure,” the operator's press service said.

They recalled that earlier on the second line, commissioning work was successfully completed to control the integrity of the gas pipeline.

The company stressed that Nord Stream 2 was built and independently certified "in accordance with applicable technical and industry standards to ensure its reliable and safe operation."

As Igor Ananskikh, First Deputy Chairman of the State Duma Energy Committee, noted in an interview with RT, filling the second string of the gas pipeline should demonstrate, including to the German registrar, the quality of the work done and indicate the fact of its completion.

“Of course, this is a test filling, which shows the quality of work,” the deputy explained.

According to Anansky, it is too early to talk about exploitation, but he noted that the work has been completed in full.

As a reminder, on September 10, Gazprom announced the completion of the construction of the Nord Stream 2 trans-Baltic gas pipeline.

The press service of Nord Stream 2 AG then stressed that Nord Stream 2 is designed to meet the long-term needs of the EU energy market for natural gas imports, ensuring safe and reliable supplies.

On October 18, the company reported that the first string of the gas pipeline was filled with technical gas.

To launch Nord Stream 2, Nord Stream 2 AG needs to obtain permission from the German Federal Grid Agency, which checks the project for compliance with the EU Gas Directive.

In mid-September, Russian Foreign Minister Sergei Lavrov noted that the process of obtaining permission could take about four months.

“The process, as it turns out, under German law is slow, in my opinion, four months, the beginning of 2022 is indicated,” the minister said.

At the same time, on November 16, the German Federal Grid Agency announced the suspension of certification of Nord Stream 2 AG as an independent pipeline operator.

The agency said that the renewal of the certification procedure will be possible only after Nord Stream 2 AG creates a subsidiary in Germany for the German part of the pipeline.

As the press secretary of the Russian President Dmitry Peskov noted, the procedure for approving a gas pipeline is a bureaucratic work, in connection with which one needs to be patient.

Here you just need to be patient, such technical bureaucratic work, and legal.

Therefore, work continues there, we will not get ahead of ourselves, ”the Kremlin spokesman said.

In turn, Permanent Representative of the Russian Federation to the EU Vladimir Chizhov expressed the opinion that the situation related to the suspension of certification of the gas pipeline is completely politicized.

“This, of course, is politics, there is nothing else besides politics.

It is another matter that there is a mixture of foreign policy, I would say Western and internal German, associated with the change of government in this country, ”said the permanent representative.

According to experts, the procedure for filling the second string of Nord Stream 2 with gas is a technical matter.

At the same time, Stanislav Mitrakhovich, an expert of the National Energy Security Fund, a lecturer at the Financial University under the Russian government, in an interview with RT, also expressed the opinion that there is a political aspect in the suspension of certification of the gas pipeline.

“All sorts of pro-American forces in Germany itself, part of the EU bureaucracy, Poland, the Baltic states - they will now all start to be very indignant if the German network agency issues a work permit, so bureaucrats in the current situation have to delay the decision under any pretext.

But all the same, this pipe is needed for the German business, which invested in it and in its overland continuation.

The fact that SP-2 does not work increases gas prices in Europe, therefore, at some stage, certification will still be given, "the expert said.

At the same time, he noted that filling the second string of the gas pipeline with gas will allow it to be put into operation faster after receiving the necessary documents.

“First they build, then they carry out commissioning works, undergo technical certification, all this has been passed, and they are filled with gas.

In fact, the pipe begins to act as another gas storage facility.

And then, when the gas pipeline starts to work, given that it is already full, it can be put into operation faster.

On the technical side, there are no problems here, ”he said.

A similar opinion of RT was expressed by the director of the Energy Development Fund Sergei Pikin.

“The fact that filling has begun is a technical moment.

This means that the second string is completely ready, and, as the decision to launch the gas pipeline is made, it will start working.

It is good that the gas pipeline is technically ready, but legally we will wait for the regulator's decision, ”he said.

Let us remind you that the Russian gas pipeline Nord Stream 2 runs from Russia to Germany through the Baltic Sea and the exclusive economic zones and territorial waters of Germany, Denmark, Russia, Finland and Sweden.

Several European states, including Ukraine, as well as the United States, which are promoting their liquefied natural gas in the EU and claiming that the project allegedly threatens Europe's energy security, are opposed to its construction.

Washington has several times imposed sanctions on the ships and companies involved in the construction, but American restrictions did not prevent the completion of the project.

Russia has repeatedly stated that Nord Stream 2 is an exclusively commercial and not a political project.