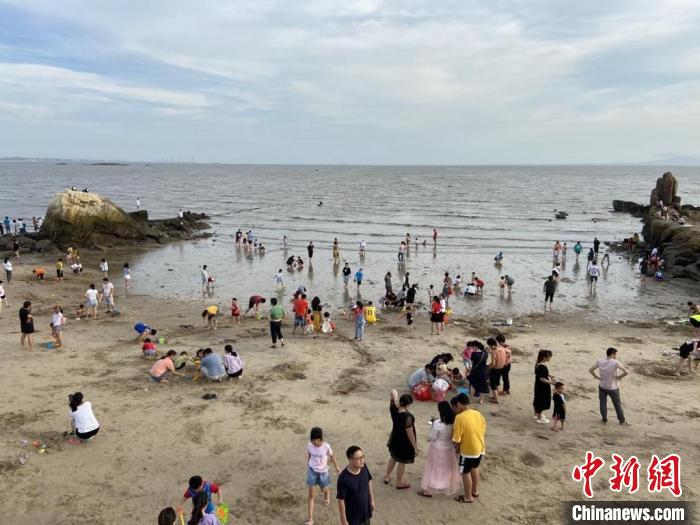 Walking into the Su'an section of the Jiujiu River in Jinjiang, what you see is a picture of a beautiful and ecologically livable South Fujian village: the leisure plank road built along the stream stretches for nearly one thousand meters; the green trees on the bank cover the red flowers. Pavilions, terraces, and other landscapes are scattered in a neat pattern; on the side of the stream, the "Black Tea Ancient" exhibition and experience hall (village history museum) carrying nostalgic memories and the carefully created "Black Tea Ancient" cultural micro-landscape reflect each other...

"Ten years ago, the scene of our Suan Village was not like this." said Chen Shusen, secretary of the Party branch of Suan Village. In the early years, due to the rapid development of the ceramics industry, the company's environmental protection awareness was not strong, which caused the Jiujiu Creek River. Redness, smelly, weeds on the banks of the river and piles of garbage; plus the village roads are in disrepair for a long time and have potholes.

In order to change this situation, in recent years, Su'an Village has carried out a large-scale improvement of the human settlement environment, activated land resources, promoted the reemployment of villagers and started businesses, and vigorously implemented the rural revitalization strategy.

"Our village normalizes the large-scale improvement of the human settlement environment. From water and toilets, hardening of village roads, sewage treatment to greening and lighting, we create micro-landscapes, improve the rural environment, enhance the image of the countryside, and promote the development of people's livelihood." According to Chen Shusen Since 2020, on the basis of the original village construction, Suan Village has successively completed the night view project of Xibian Park, the longan forest small square covering an area of ​​1,000 square meters, and the extension and modification project of 620 meters "Yuda Road" and high-standard farmland. Demonstration area reconstruction and other projects have further connected the mountain water resources and cultural resources in the village, and the embryonic form of tourism village construction has begun to appear.

In addition to the large-scale improvement of the living environment, Su'an Village has also built a comprehensive agricultural market, which not only makes life more convenient for villagers, but also provides a platform for entrepreneurship.

In recent years, Su'an Village has vigorously developed the leasing economy, stepped up the development of the building economy, established Xincun Investment and Construction Co., Ltd., raised funds to build a 17-story resettlement community, increased the village’s financial income through community property management and parking space leasing, and introduced professional growers. Large-scale land management has promoted the reemployment of villagers, and village income has increased from 0 yuan to more than 400,000 yuan now.

A few days ago, the list of key characteristic townships (towns) and villages with outstanding achievements in rural revitalization in Fujian Province in 2020 was announced, and Su'an Village was on the list.

"This is an affirmation of the work of Su'an Village in the past few years, and it is also the motivation to continue to move forward." Chen Shusen said that the 26 village revitalization projects implemented in the village this year are all proceeding in an orderly manner.

"The village also deeply explores the red culture of the old villages, and plans to further tell the red story of Su'an through the construction of a series of red positions. While promoting the revolutionary spirit, it will create a red cultural business card to inject new connotations into the construction of a tourist village in Su'an. "

Citizens' Internet celebrities check in: Catch the sea in the wonderland of Zuimei Lake

Swimsuit water gun battle, wave fishing, treasure hunting on the tidal flats, and duck hunting on the tidal flats... Since this year, Xiaohai at the end of the lake has become a new online celebrity punch-in place in Jinjiang. A large number of tourists come here to catch fish, crabs, and dig shells to experience the originality in depth. Way of working of fishermen.

Huwei·Kanxiao Beach Ranch is located in the coastal area of ​​Huwei Village, Yinglin Town, Jinjiang City, a rural tourist village in Fujian Province. It is located in the semi-arc center of Weitou Bay, looking southwest of Dajinmen Island, sitting on a thousand acres of beaches. It is well-known for its seafood in the surrounding area, and it is known as the "wonderful land of catching the sea, the end of the lake is drunk and fresh".

This year, the village took this opportunity to launch the "catch the small sea" experience project to create an experiential recreational tourism project for tidal flat fishing and farming.

Approximately 50 acres of tidal flats will be opened in the first phase, which is closed by a fence and completely isolated from the public tidal flats. It breeds a variety of snails, shellfish, shrimps, crabs and fish, restoring the most primitive ecology. Every visitor can have something to do here. reward.

"The Wonderland of Catch the Sea—Zuimei Huwei is a project to increase the collective income of the village. It is a new attempt." Xu Yipeng, the cadre of the lower village of Huwei Village, told reporters that the follow-up will focus on Catch Xiaohai as the main project to expand other coastal experience activities.

In recent years, Huwei Village has built a small sea statue, a goddess of the sea, Lingbo Pavilion, "Oath" reef, pro-hai plank road and other Internet celebrity check-in points around the coastal area, and launched a series of peripheral products, such as the mascot of Huwei Village-Fuwa, theme T-shirts, etc.

Xibian Park has become a good place for Su'an villagers to take a walk and relax.

According to Xu Yipeng, Huwei Village is making every effort to promote the construction of rural tourism, focusing on creating three tourist routes including coastal scenery, ancient homes in southern Fujian, and delicious seafood. , Living in a multi-unit rural tourism and leisure area.

"Being beautiful is the rural demand, and becoming rich is the standard answer to rural revitalization." According to the person in charge of the Jinjiang Agriculture and Rural Bureau, Jinjiang City has accelerated the construction of rural infrastructure and ecological protection since this year to build a livable and suitable for industry. Tour the beautiful countryside, create a batch of demonstration models in the aspects of industrial integration, old village renovation, landscape improvement, etc., to make quality countryside a beautiful feature of Jinjiang countryside.

With the bright winter sunshine, the vivid picture of rural revitalization is quietly spreading out in the land of Jinjiang.

New rural areas with beautiful ecology and prosperous life are gradually blooming, a number of characteristic agricultural industries are booming, and a new momentum is driving the magnificent transformation of the Jinjiang countryside.