From waiter to programmer: 'military' training to change profession

Every day thousands of specialized technological jobs are left unfilled in Spain due to a lack of candidates. A few years ago, a similar situation in the United States, where ... 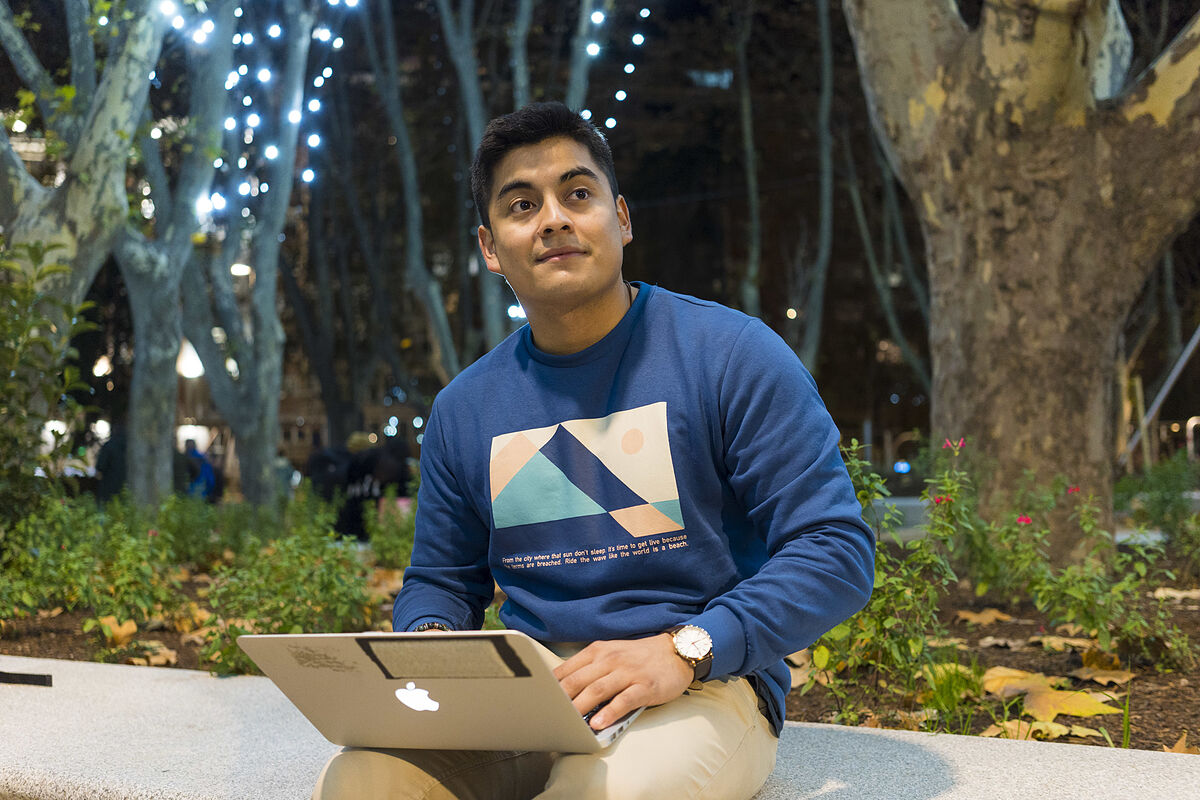 Every day thousands of specialized technological jobs are left unfilled in Spain due to a lack of candidates. A few years ago, a similar situation in the United States, where half a million programmers were needed, served as the impetus for

. These intensive courses, which boast very high percentages of employability after training their students in the specialties demanded by companies, are beginning to gain a foothold in Spain.

"High school seemed like a waste of time, because it was a lot of information, but there was nothing that

. Although he admits that he likes to learn and has a penchant for technology, after leaving his studies at the age of 16 he only thought about working, so he started doing it in a bar in the Almería where he lived then. From there, he went to Madrid, where he became head of the room. "When the pandemic arrived, the hospitality industry was one of the worst hit sectors," he recalls, and at the age of 22 he thought that "it was time to make a change."

However, the young man did not want to waste several years studying, so he opted for an

"Give what is necessary to learn, a solid foundation and then everything else you learn as you develop your work," he explains.

In his case, it ended on September 22 of this year and on the 24th he had already obtained a one-month internship

at the company for which he currently works

, 32 years old from Argentina, took the step when she came to live in Spain.

She left her career - a mathematics teacher -, although not her passion for numbers, and opted for the Data Science course, also at ID Digital School.

He is not finished yet, but he has already found work.

"I knew the concept because I have a cousin who also decided to make a radical change: he had studied for a degree in foreign trade," explains Rodríguez.

and currently "earns more than after having studied for five years and practicing ten in his previous profession."

Obviously, the degree adds another type of knowledge and involves more extensive training, but not everyone can dedicate that time.

that are not filled and the number has increased enormously with the pandemic - before it there were 13,000 - due to the digitalization needs that it has brought. The data is provided by

, co-founder and CEO of The Bridge, another of the schools dedicated to these courses.

The need is so great that companies end up stealing professionals from each other, because there are not enough for everyone. "If you look at the number of computer science graduates, a year the Spanish university system is 5,000 people", contextualizes Arce. "The demand is four times what the system can produce in a year; there is a huge lack of talent." In part, because in the case of cybersecurity or cloud-related positions, it is something "critical to the operation of the business."

Precisely for one of these specific needs, the first

just 10 years ago. A message posted on November 22, 2011 on Hacker News was looking for people who would like to become a web developer and live in the San Francisco Bay area. He promised to teach the

to whoever could do it five days a week during the months of February and March, regardless of their prior knowledge. "There is such a demand for good Ruby developers right now that I am willing to invest my time, money and energy up front," the author of the message assured. And for free: I would only charge the training to companies that hire their students. That's how it went.

"Little by little this was repeated and spread," explains Arce. Some companies even did it internally. Finally, it took its name from the military camps in which the US military prepares its different divisions before officially becoming soldiers. "They are curricula highly focused on practice and on the series of competencies that are needed to work; they do not need to be studying a lot of languages ​​and methodologies for years, but simply what they need to get started", highlights the manager.

Another advantage is that the sector is changing rapidly, so "if you go too far there is a much higher risk that this progress will not be useful." The programs, therefore, sacrifice knowledge that will not be necessary if they are not going to be deepened in exchange for an employability that, at least for the moment, few can achieve.

, and only in 90 if they have to do with cybersecurity. In fact, in several of these schools they ensure that only if their students put on LinkedIn that they are studying any of these subjects they will begin to receive offers by the time they finish it. Among the students, there are both profiles such as Danny and Daniela, who seek to change sectors, as well as other more professionals who want to add skills or, simply, computer scientists who know that it is an easy way to start an internship.

are not for everyone.

On the one hand, its price can be around 6,000 euros, which is already an initial investment.

On the other hand, despite the fact that almost all of them offer part-time positions for more weeks, their very nature requires dedication that complicates that among those who do not have the time.

And furthermore, the title itself is not official.

Despite this, Arce points out that this last disadvantage matters less and less to both students and companies.

What is needed, he argues, is "a little bit of institutional support."

"We operate from the periphery: it is a part of the educational system that is not regulated, but it solves an economic and social problem."

ForeignChina 'punishes' a Spanish official who lied about Covid-19

Families Eduardo Garzón: the brother professor of the Minister of Consumption, a bachatero and with an economic review of Lacalle