An American company specializing in mortgage loans laid off more than 900 of its employees, about 9% of the workforce, on the 1st day through a ... 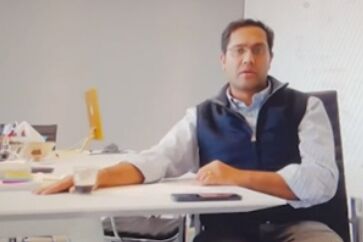 A US company specializing in mortgage loans on January 1 laid off more than 900 of its employees, about 9% of the workforce, through a Zoom videoconference, as reported by the CNN chain.

According to CNN, which had access to a recording of the call, Better.com CEO Vishal Garg told Connected Workers: "

If you're on this call, you're in the unfortunate group that is going to be laid off. Your job here it ends with immediate effect. "

"It is the second time in my career that I do this and I do not want to do it. The last time I cried," said the executive in the videoconference, in which he cited productivity and results among other reasons for departures, and that, apparently, he was terse and emotionless.

The Better.com management regretted in a statement to that channel that the layoffs are taking place in the run-up to the Christmas holidays but attributed them to the improvement in its financial position "in a radically evolving home ownership market."

as the financial technology company prepares for an IPO.

Among other things, the article picked up an email that he had sent to his workers in which he told them, in capital letters, that they were "too damn slow", called them "stupid dolphins" and claimed that they were "embarrassing" him.

Valencian CommunityEconomía guarantees 11.2 million to Ford in 2022 pending clarification of the future of Almussafes

EnergyThe digital giants fish in the rise of light through their cloud: they offer savings of more than 80% to companies