18.3 trillion dirhams of the UAE's non-oil trade during 5 decades 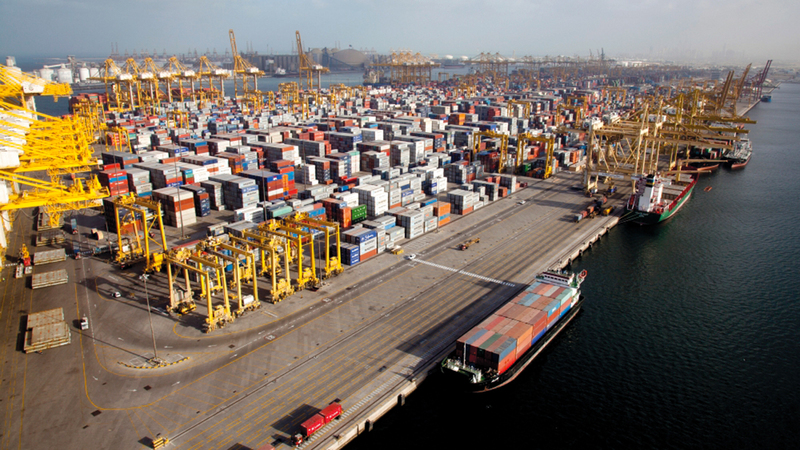 Economists: Flexible policies have boosted their multiplication, supported by an attractive investment environment and advanced infrastructure

18.3 trillion dirhams of the UAE's non-oil trade during 5 decades

The contribution of non-oil exports and re-exports increased from 24% in the total non-oil foreign trade during 1999 and before, to 36% in 2010, and with a contribution rate of 43% and 44% during 2019 and 2020, respectively, which indicates the significant development in foreign trade. non-oil of the Emirates.

The data of "Competitiveness and Statistics" indicated that in terms of value, during the last 10 years, it was found that imports achieved an average growth of 5.8%, compared to 13.3% for non-oil exports, and 9.6% for re-exports, bringing the volume of the country's non-oil foreign trade during the year The past amounted to 1.4 trillion dirhams.

In addition, economists emphasized that the flexible economic policies adopted by the UAE since its establishment have promoted the doubling of non-oil foreign trade, pointing to the merit of economic openness in the UAE in an effort to enter the major economies of the world, based on a number of main factors, including an attractive environment for investment, And advanced infrastructure, government spending, in addition to sustainable economic diversification, amending legislation, and stimulating the business sector.

A former member of the Economic Committee in the Saudi Shura Council, Dr. Fahd bin Juma, said that the UAE is working to provide a business environment that supports small and medium-sized companies, businesses and enterprises, which enhances trade and GDP.

He added that the UAE's economy possesses dynamism, diversity, hydrocarbon resources, and flexibility in doing business in more than 40 specialized free zones in the various emirates of the country, which contributes to the upward growth in trade and economy.

For his part, the Economic Adviser and Director General of Al Masar for Economic Studies, Dr. Najeeb Al Shamsi, stated that the flexible trade and economic policies adopted by the UAE have achieved the country a distinguished position globally, and made it a destination for foreign direct investments looking for an integrated investment environment and promising opportunities.

He pointed out that the UAE has provided an attractive and feasible business environment with global competitiveness, in addition to easy access to trade opportunities with major regional and global markets.

In turn, the General Manager of Truth Economic and Management Consulting, Reda Musallam, pointed to the merit of economic openness in the UAE based on a number of axes that include an attractive environment for investment, advanced infrastructure, government spending, and sustainable economic diversification, which strongly reinforces the UAE’s pursuit to enter the major economies of the world over the next few decades.

The UAE has free trade agreements with the European Free Trade Association (EFTA) and Singapore. It has also signed many international agreements to protect and encourage investments, and avoid double taxation with its trading partners. It is a member of the World Trade Organization (WTO) and the Greater Arab Free Trade Zone. "GAFT".

• 44% of the contribution of non-oil exports and re-exports to the country's foreign trade during 2020.