The China-Europe train from Gansu to Tbilisi, Georgia, is launched for the first time 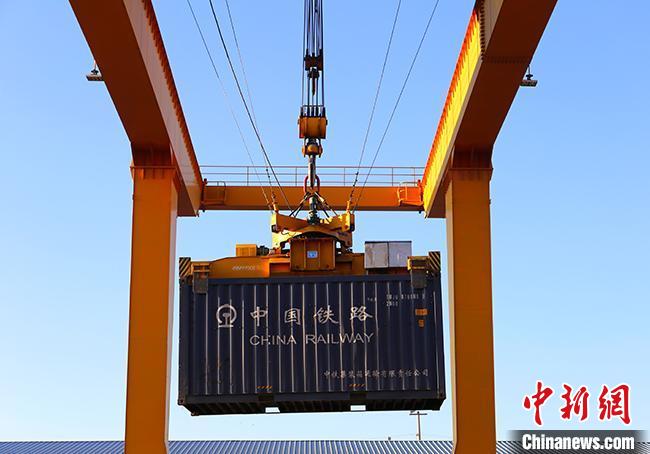 This is the first train from Gansu to Tbilisi, Georgia.

The train departs from Wuwei South Railway Station from Khorgos, Xinjiang, passes through Aktau Port in Kazakhstan, Baku Port in Azerbaijan, and finally arrives in Tbilisi. The total distance is 7,360 kilometers, and it is expected to arrive in 10 days.

The picture shows the goods are being loaded.

The train service department monitors and controls on-site operations throughout the entire process, and strictly follows the principle of “prioritized air allocation, priority pick-up and delivery, and priority transportation” for shift train transportation, dynamically grasps the progress of shift train loading, rationally arranges the shunting operation plan, and implements the marshalling The card control of key links such as, shunting, cargo inspection, etc. ensured that the China-Europe Express trains were grouped in time, hung out, and started on time.

The picture shows the Wuwei South Railway Station under the aerial lens.

Li Zhengfu, director of Jinchang Customs under Lanzhou Customs, introduced that the smooth launch of the "Wuwei-Tbilisi" international freight train will help Gansu Province to strengthen economic and trade exchanges with countries along the "Belt and Road" and expand transshipment in Central and Eastern European countries. aisle.

In order to ensure the smooth launch of the train, Jinchang Customs opened a "green channel" for customs clearance, actively connected with operating companies, formulated supervision plans according to the train dispatch plan, carried out business coordination, and provided business guidance; at the same time, a special working group was established to adopt advance declarations and appointment inspections. Measures such as the arrival, inspection, inspection, and release of the export goods of the express train will further reduce the overall customs clearance time.

This train is the first China-Europe train to Georgia with a domestic train operating company as the main body. It marks the official launch of the first bonded overseas warehouse established by the special customs supervision zone of the country and opened up the China-Europe train in Gansu Province. The new cross-border land-sea transportation channel for trans-Caspian and Black Sea transportation is of great significance for accelerating the construction of a new development pattern with domestic and international cycles as the main body and mutual promotion of domestic and international cycles.