China News Service, Taizhou, December 4 (Fan Yubin and Cai Yanan) Blue seas and blue sky, sea birds screaming, in winter on Dachen Island, Zhejiang Province, many tourists came to the island to experience the beauty of the warm sun.   Located in the southeast of Taizhou Bay, Dachen Island is the "Pearl of the East China Sea" with a red memory. But no one would have thought that as early as half 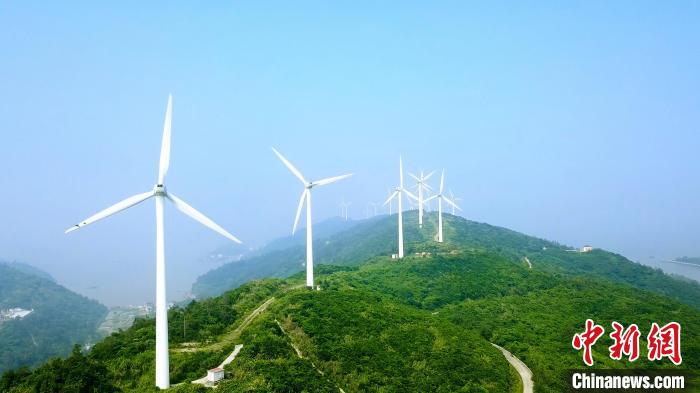 Located in the southeast of Taizhou Bay, Dachen Island is the "Pearl of the East China Sea" with a red memory.

But no one would have thought that as early as half a century ago, this place was just a deserted island full of devastation.

Few people will notice that in a corner of the island, there is a Dachen Power Plant that has “retreated to the second line”.

The current prosperity of Dachen Island is inseparable from this obscure old power plant and a group of electricians who have inherited Dachen's fire.

Since 1956, 467 young people have responded to the call of the Central Committee of the Communist Youth League to "build the Dachen Island of the great motherland" and landed on Dachen Island to reclaim wasteland.

21-year-old Ye Ronghua was one of them. When he followed the first batch of deserters to Dachen Island, he was stunned by the bleak sight of the island: after the battle of Yijiangshan Island, a severely damaged and full of mines was left behind. "Dead Island".

However, no amount of difficulties can stop the hard-working and brave pioneers. The difficult conditions, the lack of materials, and the lack of electricity make construction and development even more difficult.

In 1958, Ye Ronghua, who was aware of the importance of electricity, led some of the reclamation team members to use the old house that was not completely destroyed when the Kuomintang army evacuated to build a power plant with only one 18-kilowatt carbon-gas generator set.

On May 1, 1958, Dachen Power Plant was formally established, and it began to supply power to the reclamation team on the island for 3 hours every night.

Dachen Island began to gradually recover under the blood and sweat of the reclamation team members, and the demand for electrical energy also expanded.

The Dachen Power Plant, which was "urged to run" by the development of Dachen Island, had no power supply capacity.

In July 1960, after the reclamation mission was completed, Ye Ronghua, who could have returned to Wenzhou for further studies, decided to stay with his family on Dachen Island.

In 1963, Ye Ronghua’s team added a 50-kilowatt diesel unit to the power plant, with a total installed capacity of 78.8 kilowatts, and completed the first expansion of the Dachen Power Plant; in 1979, the team prepared to build a new plant in the Yuanbaoshan Glass Pit, Dachen Island. The 3.3 kV line was changed to a 10 kV line, and the daily power generation was increased from 6 hours to 16 hours. In 1985, the first batch of wind turbines in Zhejiang Province landed in Dachen and was connected to the grid with Dachen Power Plant. The level of wind power has reached the forefront of Zhejiang.

From a "dead island" to an island of light, for Ye Ronghua, he is more determined to devote his life to the power supply business of Dachen Island.

Wang Haiqiang, who came to work at Dachen Power Plant at the age of 19, was a "second generation of reclamation". His father Wang Jinsu and Ye Ronghua were both reclamation team members.

Like Ye Ronghua, he plunged into the power construction of Dachen Island.

In 1988, the Danish wind turbine, which was funded by the European Community, was completed, and it was connected to the grid and operated with the Dachen Power Plant.

At this time, the Dachen Power Plant, with the supplement of wind power, has the power supply capacity to cover the electricity demand of the entire island, and its power supply has reached a record high.

In 1995, Dachen Power Plant was transformed into Dachen Power Supply Station to undertake the task of generating and supplying electricity on the island.

At that time, the distribution grid on Dachen Island was very weak, not to mention that the complex terrain on the island made the layout of the poles even more difficult. The erected power grid would also suffer from typhoons, salt spray, rust and vines on the island. test.

In 2006, Wang Haiqiang secretly made up his mind: "We must upgrade the power supply network of Dachen Island and untie the barriers that hold back the development of the island."

For 6 years, Wang Haiqiang led his colleagues to transform the power grid based on the characteristics of the island.

He led the circuit team to replace all the corrosive cables on the island with copper conductors, install wind-proof cables for all poles, replace 1071 high-insulation insulators, and carry out carpeting for the capacity expansion and power distribution rooms of 17 stations. The transformation will transform the original “weak and involuntary” power grid into a “four fearless” power grid that can resist 16-level typhoons.

Sufficient power output coupled with a “really invaluable” grid, electricity is no longer a “yoke” that hinders the development of Dachen Island, but has become a “charger” for the revitalization of Dachen’s village.

As the only power plant on Dachen Island, the power generation capacity of Dachen Power Plant at this time has been more than 150 times that of when it was first built.

When the submarine cable was completed and put into operation in 2009, Dachen Island finally ended the era of more than 50 years of isolated island operation, and has since been plugged into its wings.

The Dachen Power Plant also "retreated to the second line" at this time and became the island's backup power supply.

In 2016, young people such as Guo Yijun and Wu Peihao came to Dachen Island to inject new vitality into Dachen Island's electric power business with the identity of the "three generations" and the perspective of the "new generation".

Not only did they install "smart brains" for the circuits on the island to improve the quality of power supply, they also acted as a "communist service team" to carry out the four activities of back-feeding the elders in the wilderness, caring for left-behind children, heating the island’s fishing villages, and protecting the officers and soldiers stationed on the island. For large-scale service activities, a "sea business hall" and a 7×24-hour "party member emergency handling center" have been established. No matter how remote, customers can call on them immediately.

Nowadays, on Dachen Island, island homestays and fish and shrimp farming are rising like a spark, and more and more beautiful fishing villages integrating industry, tourism, leisure and entertainment are looking for their own unique ways of development.

Through a green energy map, Dachen Electric people focused on the construction of a diversified and highly flexible power grid and the promotion of clean energy. All-electric scenic spots on islands, all-electric homestays, all-electric breeding, and all-electric public transportation are blooming everywhere.

In November 2020, the Dachen Island "Three Colors and Three Places" Electricity Culture Exhibition Hall transformed from Dachen Power Plant was completed and opened. The search and protection of old electric buildings and old objects on the island also started at the same time.

Old objects and old buildings are being guarded from generation to generation, and the spirit of power reclamation entrusted to them is also being passed on continuously.

Taking advantage of the island’s rich red resources, Dachen’s "Red Boat·Guangming School" came into being, relying on a variety of interactive education courses to better convey those stories and spirit.

Nowadays, the Dachen Power Plant lacks the roar of power generation and operation. She is more like an experienced "old land reclamation team member", quietly telling the world that hard and firm reclamation history.