Sino-Singapore Jingwei, Dec. 2 (Fu Yumei, Zhao Jiaran) The Canadian goose "Chinese mainland stores refuse to return" the turmoil continues to ferment. Behind this, the Chinese market is the main driving force for performance growth under the Canadian goose epidemic.   While "fishing for gold", while playing "Chinese and foreign double standards" on the return policy, how much impact will this t 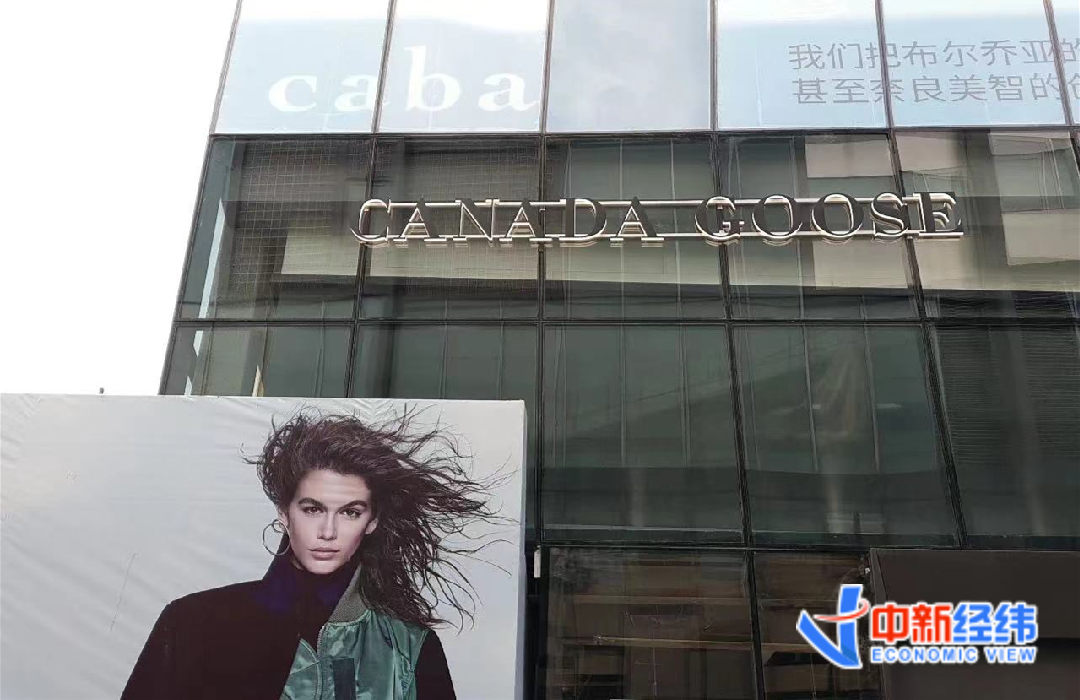 Behind this, the Chinese market is the main driving force for performance growth under the Canadian goose epidemic.

While "fishing for gold", while playing "Chinese and foreign double standards" on the return policy, how much impact will this turmoil have on the development of the Canadian goose in the Chinese market and its overall performance?

The capital market has begun to "vote with feet."

At the close of trading on the 1st local time, Canada Goose's stock price fell 7.42% to $41.28 per share, falling for two consecutive trading days, and also hit a new low for nearly 18 trading days.

The new latitude and longitude of the Canada Goose store data map. Photo by Yan Shuxin

How did the Canadian goose become popular in China?

The Canadian goose, now known as the "Hermes of the down jacket", was still positioned as a "grassroots" at the beginning of its establishment.

Public information shows that Canada Goose was founded in 1957 and is headquartered in Canada. It was originally aimed at mountaineering people and focused on outdoor sportswear. Its products include various styles of coats, jackets, vests, and knitwear.

In 2013, the well-known private equity fund Bain Capital acquired a majority stake in Canada Goose for US$250 million. It also began to position it as a high-end position. It also spent a lot of money to promote it, such as making it appear in Hollywood movies.

In the end, Canada Goose completed the "counter-attack" and entered the ranks of luxury goods.

In the fall of 2018, Canada Goose officially entered China.

Subsequently, Canada Goose continued to expand in the Chinese market. Its official website shows that there are currently 13 stores in mainland China, accounting for one-third of its global stores.

Although the down jacket sells for 10,000 yuan a piece, Canada Goose has set off a rush to buy in line for many times in China.

Under the epidemic, the Chinese market has also become the main driving force for the growth of Canadian Goose.

According to Canadian Goose’s financial data for the second quarter of fiscal year 2022 as of September 26, 2021, sales increased by 40.3% year-on-year to 232.9 million Canadian dollars (approximately RMB 1.158 billion at the current exchange rate).

In contrast, Canadian goose revenue has declined or stagnated in Canada, the United States, Europe and other markets.

Dani Reiss, President and CEO of Canada Goose, said that the company's revenue growth in the second quarter was mainly due to the rapid growth of e-commerce channels and the contribution of the Greater China market, and said that he continues to be optimistic about the development of its brand in the Chinese market.

The company's CEO said: "We are about to enter the peak sales season, which is a strong background."

On the other hand, given the high demand in the Chinese market, Canada Goose is expected to open three new stores in China this fall.

How does the storm affect?

Can the Canadian goose under the storm still enjoy the Chinese market dividend without any worries?

On social platforms, many netizens gave their opinions.

Many people said that the "arrogant" attitude of Canadian goose in the Chinese market has lasted for a long time, and it is time to rectify this trend.

Jiang Han, a senior researcher at Pangu Think Tank, has been following up the development trend of Canada Goose's brand in recent years.

He believes that the reason why Canada Goose has such a great success stems from the rapid development of the Chinese market in recent years.

After being labelled as the "Hermes in the down jacket industry", consumers have formed the concept that the Canadian goose is a symbol of high-end luxury goods, and has also formed a positive effect on the market.

"China is the main sales channel of Canada Goose, and it is a very important market, but it is undoubtedly a very big problem for companies to adopt such a strange approach. For such an international brand, it is really necessary to settle down and learn how to respect. In the Chinese market, otherwise consumers can vote with their feet and choose to abandon this brand completely." Jiang Han said.

It is worth noting that, in recent years, foreign brands that have "turned over" due to the "Chinese and foreign double standards" are not alone.

In August of this year, Menglong ice cream was condemned and boycotted by many netizens due to the different standards of Chinese and foreign ingredients.

CCTV Finance reported that Zeng Xiwen, the global vice president of Unilever, admitted in an interview that Menglong uses concentrated milk in Europe and milk powder in China.

Prior to this, the brand and Zeng Xiwen had denied this fact.

It is reported that China is also the largest market for "Menglong" ice cream.

Prior to this, IKEA's 2016 "Death-Drawer" incident also attracted much attention.

When recalling the Malm drawers in question, the company directly ignored Chinese consumers and did not announce the recall until they were interviewed by relevant departments.

A "Public Foreign Brand Consumer Behavior Survey Report" released by the Southern Metropolis Polling Center in August showed that foreign brands have been exposed to the "dual standard" problem, which has caused many consumers to gradually disenchant them. Over four adults said they encountered Chinese and foreign brands. The double standard will resolutely boycott the brand, which also brings new opportunities to the rise of domestic products.

However, while domestic brands are favored by more consumers, they need to further promote product development and innovation, attract consumers with better products, and improve their endurance value.

Reporter's Observation: Brands that make consumers "cool their hearts" should also be "cool"

Since entering the Chinese market, Canadian geese have repeatedly "out of the circle" at a price of tens of thousands of yuan, and even a pair of masks has been priced at thousands of yuan.

However, behind the high price, what Canada Goose provides consumers is not a service worthy of the price, but a stark distinction.

In fact, when interviewed by the Shanghai Municipal Consumer Protection Committee, the Canadian Goose related staff repeatedly emphasized that "refundable" is based on the law and how it is defined.

It’s just that it’s hard to convince the public to “change”. The Canadian Goose must realize that it’s not “face” but “lizi” that needs to be changed.

The quality problems of down jackets caused consumers to run into trouble with the sentence "Cannot be returned in mainland China", and cards were set up everywhere in the future.

Being able to establish such an overlord clause and challenge Chinese law makes one cannot help asking: Who gave the Canadian goose the arrogance?

If there are no such dead consumers and no media exposure, how long will the arrogance of Canada Goose last?

In recent years, many foreign brands have frequently encountered quality and after-sales problems. This Canadian goose incident is undoubtedly another wake-up call for foreign brands.

If in the past some consumers still had an attitude of looking up to foreign brands, then with the rapid development of the Chinese market and the strong rise of domestic products, it is time for foreign brands to abandon their sense of superiority and learn to be down-to-earth.

While enjoying the dividends of the Chinese market, if you still want to treat consumers with "double standards", then only "one place goose feather" awaits them.

You know, whoever makes consumers' hearts "cool" may not be far from "cool".