Borders of the acceptable: Danish Saxo Bank presented "shocking forecasts" for the global economy for 2022

On December 2, economists from the Danish investment bank Saxo Bank published a list of "shocking predictions" for the global economy for 2022. In their updated list of underestimated events, experts admit that next year many countries will begin to abandon the transition to green energy, and the United States will face a constitutional crisis and the largest acceleration of inflation since the Second World War. In addition, analysts see the risks for the start of a new arms race and are waiting for breakthrough discoveries in the field of biomedicine, which will increase life expectancy. 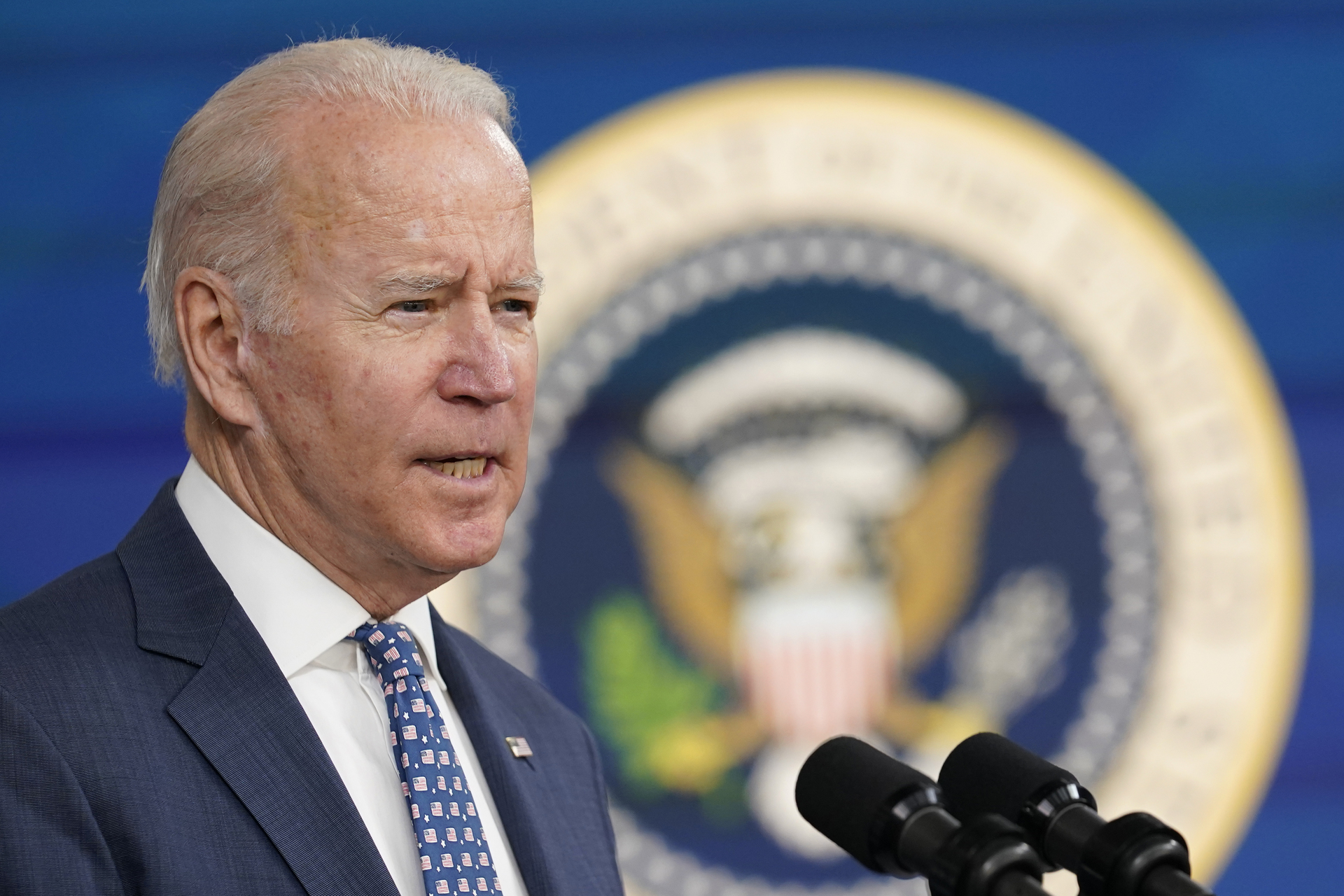 On Thursday, December 2, analysts at the Danish investment bank Saxo Bank presented a list of "shocking predictions" for 2022.

In their report, the experts of the organization traditionally consider the most underestimated phenomena in the global economy, which, in the event of an occurrence, can have a significant impact on the financial markets.

According to Saxo Bank analysts, against the backdrop of the global energy crisis that flared up in 2021, many states will abandon the "green transition" agenda.

Instead, countries will once again increase investment in hydrocarbon production to stabilize fuel prices.

“Policymakers will take an unexpected and controversial move in 2022, temporarily easing environmental restrictions on new investments in crude oil and natural gas production ... The plan will limit the risk of social unrest stemming from rising food and energy prices,” the study said.

According to the idea of ​​the International Energy Agency, in order to achieve carbon neutrality, the consumption of oil and gas in the world should decrease by 29% and 10%, respectively, by 2030 and continue to decline until 2050.

As part of achieving "green" goals, large hydrocarbon suppliers have already begun to scale back their plans for exploration and production of raw materials, which has led to an imbalance in supply and demand in the global energy market.

“As a result, prices began to fluctuate and rise not only for energy resources, but also for industrial metals, most of which are actively used within the framework of the“ green transition ”.

At the same time, the rise in prices for energy raw materials has led to a jump in prices for diesel fuel, and especially for fertilizers - an integral part of agricultural expenditures.

This raises concerns about the production of major food crops, ”analysts said.

According to the forecast, the United States may face a constitutional crisis.

According to experts, this situation will arise in the event of a tough confrontation between Republicans and Democrats in the midterm elections to the Senate and House of Representatives of the US Congress.

Analysts do not rule out that the parties will refuse to recognize the results of the vote.

“This will make it impossible for the formation and meeting of the new congress on the planned first day - January 3, 2023.

Joe Biden will rule on the basis of the fictitious law (a situation in which the head of state can single-handedly make laws. -

), and democracy in the United States will be "suspended", as the Democrats themselves will take up arms against the Supreme Court, the balance of which has been greatly changed by Trump.

As a result of this confrontation, a full-scale constitutional crisis will emerge in early 2023, ”experts say.

At the same time, the United States risks facing the largest inflation acceleration in nearly 80 years.

Now the rise in consumer prices in the United States has already accelerated to its highest level since 1990 and in October reached 6.2%.

According to analysts, in 2022 the indicator will continue to grow rapidly due to an acute shortage of labor in the American labor market.

“Fed Chairman Jerome Powell believes that after the end of the pandemic, millions of Americans will return to work and fill most of the 10.4 million vacancies open today.

However, this is not at all the case.

Some, because of the crisis, retired early and left the ranks of the American workforce forever ... Others will not want to return to low-paying jobs after huge social benefits from the state during a pandemic, "the authors of the study note.

In these conditions, to hire new employees, American employers will have to sharply raise wages, analysts say.

Such actions of companies, combined with the energy crisis and inflationary pressure from the production side, will lead to additional growth in consumer prices.

As a result, the inflation rate in the United States may exceed 15% - for the first time since World War II, Saxo Bank suggests.

The bank's specialists do not exclude that in 2022 a hypersonic arms race between the leading military powers may begin in the world.

The main reason for this prediction was the reaction of the American leadership to the tests of a hypersonic aircraft by China in the summer of 2021.

So, the head of the Joint Chiefs of Staff of the US Armed Forces, General Mark Milli, practically compared the tests conducted by Beijing with the launch of the world's first artificial Earth satellite by the Soviet Union in 1957.

As analysts from Saxo Bank remind, it was this event that at one time served as an alarming signal for Washington about the superiority of Soviet rocket and space capabilities and marked the beginning of the space race between the two countries.

“In 2022, judging by funding priorities, hypersound and space will become the focus of a new phase in the deepening rivalry between the United States and China on all fronts - economic and military.

They will be joined by other major powers with advanced military technologies, which are likely to include Russia, India, Israel and the EU, ”the authors of the study note.

As Steen Jacobsen, chief economist at Saxo Bank, suggested in a conversation with RT, high arms costs could seriously complicate the already difficult situation in the global economy.

“Military spending will account for an increasing share of total spending, as in this race the leading powers will spend money to take the lead.

This turnaround will damage much-needed support efforts amid rising energy and food prices, as well as reduce government funding for climate change and productivity initiatives, ”he said.

The secret of longevity

According to Saxo Bank experts, in 2022, breakthrough discoveries may occur in the field of biomedicine that will slow down human aging.

Analysts admit the possibility of creating a "cocktail" of therapeutic agents, which makes it possible to regulate processes in the body at the level of cells and prolong their life.

“There is an incredible prospect that in the future 80 years of age will become the new 50,” experts suggest.

Moreover, life expectancy can also increase by reducing or even eliminating a large number of diseases.

According to experts, this may be possible thanks to the primary DNA editing approach, which does not rely on new cells through division, but actually "rewrites" existing ones.

Note that many of the events previously predicted by Saxo Bank experts did not materialize in the end.

For example, experts predicted the purchase of Tesla by Apple and the refusal to use the GDP indicator by the World Bank and the IMF in 2019.

In addition, analysts allowed the creation of a new reserve currency by Asian countries as opposed to the dollar in 2020, as well as the introduction of an unconditional basic income in the world in 2021.

“All of them are from the category“ out of the ordinary ”- based on the experience of past years, one or two forecasts may come true, but on a segment not in one, but in three years ...

) - this is also a 75 percent probability that it will not come true, ”said Steen Jacobsen.

It is noteworthy that back in December 2014, the organization's specialists announced the possible withdrawal of Great Britain from the European Union.

Ultimately, the experts' forecast came true: in June 2016, a referendum on Brexit was held, and in January 2020, the country officially left the EU.

In addition, Saxo Bank analysts predicted an increase in the bitcoin rate above $ 2.1 thousand in 2017, and then predicted reaching the $ 60 thousand mark and a sharp collapse below $ 1,000 in 2018.

The forecast was also partially realized.

Cryptocurrencies really caused a global stir in the second half of 2017.

Then, from July to December, the bitcoin rate increased almost tenfold and at the moment it rose above $ 20 thousand. In 2018, the value of a digital coin fell to $ 3-4 thousand, but already in the second half of 2021, the figure exceeded the $ 68 thousand mark.

Support for the ruble

Steen Jacobsen also gave a forecast for the Russian economy for 2022.

According to the expert, the country's GDP will grow by about 2%.

At the same time, the dollar exchange rate may fall to the level of 65-66 rubles.

According to the economist, measures of the Central Bank to reduce inflation, as well as a "new raw material cycle", will play in favor of strengthening the Russian currency.

Jacobsen did not rule out that in the new year, world oil prices could exceed $ 100 per barrel, and in the event of a cold winter, quotations could approach $ 110-120 per barrel.

Moreover, the launch of Nord Stream 2 will have to provide additional support to the national currency, the expert said.

“If the world changes its agenda and clarifies the intentions of the German government regarding Nord Stream 2, this issue will be resolved.

And this will lead to the strengthening of the ruble, ”concluded Jacobsen.